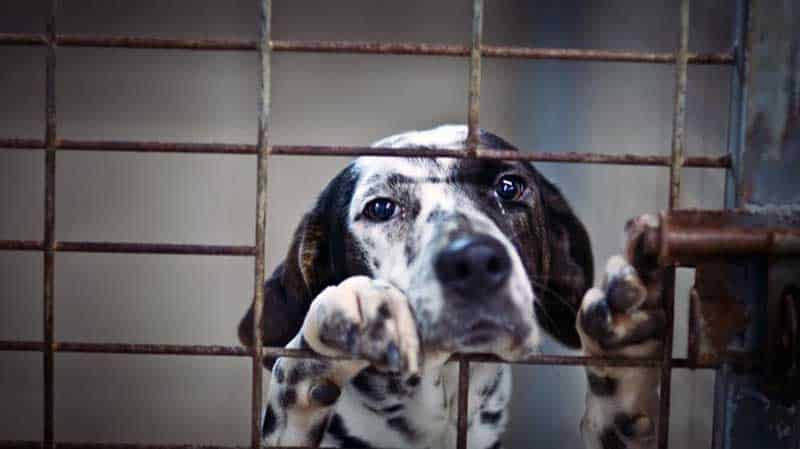 The Animal Party on Monday condemned hunters, the parties who represent them, as well as various municipalities, over the growing numbers of abandoned and stray dogs during or straight after the first day of the hunting season.

At the same time, dog shelters in Cyprus are full and the volunteers’ funds are drying up while dog rescuers are losing hope.

The head of the Cyprus animal party, Kyriakos Kyriakou, told the Cyprus Mail that the main reason why there are so many abandoned dogs was that parties who are reliant upon hunters’ votes, voted in favour of having more than two dogs per hunter – as more dogs potentially mean more game.

However, according to Kyriakou, is that a large number of these dogs are too young and untrained to deal with the demands that are placed upon them by the hunters:

“Some of these dogs sit in the owners’ backyard or garage for over 6 months before the hunting season, with no training whatsoever. Therefore, when they are released in the wild to engage in hunting, some of them run away as their inexperience makes them scared of the gunshots. The hunters then are not bothered to spend the time to find them and so they get lost.”

Kyriakou said hunters should be required to declare how many dogs they own, as police usually check for hunting licenses but hardly ever check on the status of the dogs — how many dogs each hunter took with them and their status after the foray.

Last week, just before the opening day, the Game Fund released a statement urging hunters to be careful from the sun, to avoid alcohol consumption, and to wear the appropriate clothing and sunglasses, among others.

Nowhere in the statement did the service mention anything about the dogs, which are a fundamental ‘tool’ in the hunt, Kyriacou said.

In a statement on Monday, the party asked the interior ministry and the game fund to introduce provisions holding hunters accountable over the use of dogs during the hunting season – mandating declarations as to which dogs are used for a given hunt and the welfare of those dogs afterwards.

While some municipalities are making an honest effort by working with volunteers so that some of the dogs find homes, the animal party says that there are not many funds allocated by the government to make a real difference.

For example, the shelters that are provided by the city are usually temporary – and even those are full. This is a major problem as the law requires that dogs that are not claimed by their owner or are not found homes within a 15-day period, have to be euthanised.

Apart from the abandoned hunting dogs, the party said it has received many complaints about dog poisonings — something that local hunters reportedly do to prevent other hunters from hunting in what they consider ‘their area’.

Leptos Santorini Villas – The jewel of the Aegean Sea

Life’s a beach in film