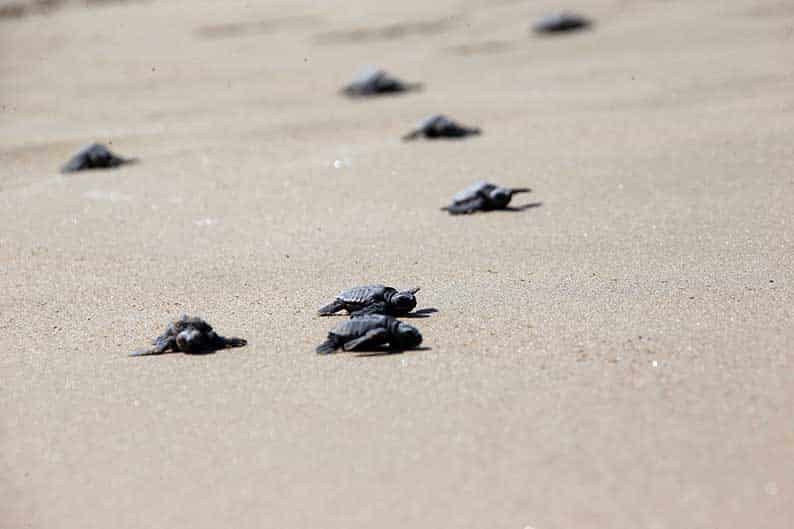 It has been another encouraging year for turtles, with the number of nests this year at around 1,600 so far, founder and co-head of the turtle conservation programme under the island’s fisheries and marine research department Andreas Demetropoulos said on Monday.

This is due to the work the conservationists have done 20 to 30 years ago, he said, as this is how long it takes the endangered Loggerhead and Green turtle (Cheloniamydas) to reproduce.

When the programme started, there were just 300 nests, and numbers are still growing.

“The best year was three years ago, in 2016, with 1,800 nests,” Demetropoulos said. “The numbers fluctuate but they are still going up.”

One of the reasons for the success is that the nesting grounds are now protected from foxes, as cages are placed around them.

Another is that two large areas which are their habitat at Lara and Toxeftra beaches have been protected since 1989 and are designated Natura 2000 sites, whereas in the past visitors would confuse and disturb the turtles by camping and lighting fires.

The rise in tourism and the threat of building permits for hotels and other buildings in the region may bring the numbers down in future, the conservationists fear.

One such project is Limni Bay development which was granted a permit just this month.

A planning permit was issued by the town planning department on August 3, giving the go-ahead for proposed construction plans in the Polis-Gialia area by the company Limni Resorts and Golf Courses, part of the Shacolas Group.

The spokesman for the Initiative for the Preservation of Natural Coastline, Klitos Papastylianou, said at the time that “in terms of the number of turtle nests, the Limni area might not be the most important, especially with regards to the numbers of nests in Lara. It is, however, the most important in terms of density, since a small strip of just 300 metres amounts to 85 nests.”

Meanwhile, the fisheries department and other organisations are working hard to ensure the survival of the species in any way they can.

In March this year, a 24-hour hotline was made available for those who find injured, sick, or dead sea turtles by the Oceanic Institute of the University of Cyprus to help improve the reptiles’ management and protection.

According to the fisheries department, injured turtles are taken to the marine research centre of Cyprus, where they are treated and released back into the sea.

Green turtles reproduce almost exclusively in Cyprus and Turkey. There are only about 1,500 female Green turtles that lay eggs in those two countries.

The Loggerhead or Caretta caretta also breeds in Greece and in smaller numbers in other Mediterranean countries. The number of females is around 6,000.

Both are protected by the European Union’s habitat directive.