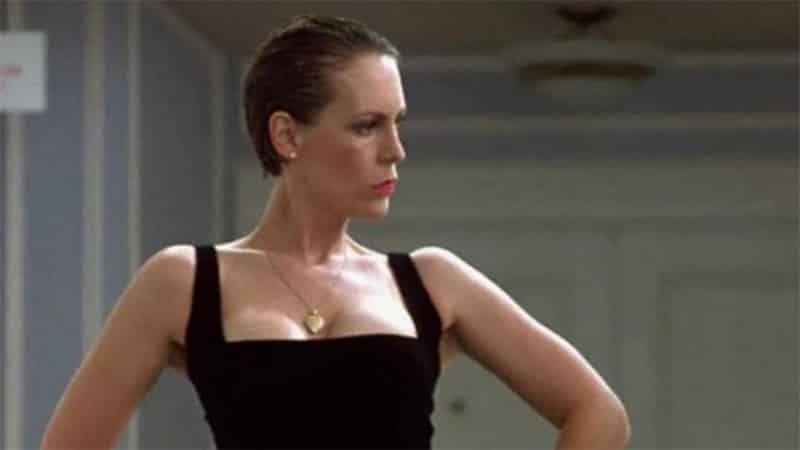 With cinemas still laying low, here’s another instalment of Through the Decades, our summer feature going back through film history a decade at a time.

Given the Academy’s recent introduction of a new Oscar category for Best Popular Film (aimed at rewarding the likes of Avengers: Infinity War and Black Panther), it may be useful to recall 1988, a year when the Best Picture Oscar winner was also the year’s most popular film – and did it without being a sequel or superhero movie. Rain Man was a triumph, not to mention introducing audiences to the then-little-known concept of autism.

Elsewhere, arthouse cinema was largely in the doldrums. Perusing the slate at the Cannes festival reveals a line-up of films that were mostly ignored then, and are mostly forgotten now. Exceptions to the world-cinema slump included Pedro Almodovar in his late-80s pomp, a few mavericks making ‘weird’ movies – Jan Svankmajer in Czechoslovakia, Peter Greenaway in the UK – plus the wondrous anime of Studio Ghibli in Japan, this year including Hayao Miyazaki’s magical My Neighbour Totoro and Isao Takahata’s gruelling WWII tale Grave of the Fireflies.

And then there was Hollywood, still making smart entertainment 30 years ago. Tim Burton’s imaginative Beetlejuice was a big hit, Midnight Run a deft action comedy, Bull Durham the witty baseball rom-com for people who don’t like baseball. “The London Underground is not a political movement,” claimed Jamie Lee Curtis in A Fish Called Wanda, the year’s best-known comedy – though the biggest controversy was endured by Martin Scorsese, whose Last Temptation of Christ was excoriated (mostly sight-unseen) by Christian groups everywhere.

Incredibly enough, none of these excellent films makes our Top 10 list. Here it is, along with 15 other films that marked the year:

1. THE THIN BLUE LINE. Errol Morris’ true-crime documentary literally changed the world, releasing one man from Death Row when another confessed (on camera) to the murder. It also changed the genre, its stylised re-enactments and haunting Philip Glass score fashioning a nightmare that won’t go away, even after justice has ostensibly been done.

2. A SHORT FILM ABOUT LOVE. A teenage peeping-tom falls in love with the older woman next door in Krzysztof Kieslowski’s note-perfect, bittersweet drama (a longer version of Decalogue: Six, from his magisterial TV series based on the Ten Commandments) – a love so pure, so twisted, so doomed. Heartbreaking.

4. HIGH HOPES. “We call her Thatcher, ’cos she’s a pain in the arse.” A Marx-reading North London couple, a catatonic old lady, a used-car-salesman brother-in-law, a neurotic sister with a downright insane laugh – and yes, a cactus named Thatcher – in Mike Leigh’s broad (yet somehow balanced) farce of working-class manners.

5. DISTANT VOICES, STILL LIVES. Fragments of life match with fragments of song in Terence Davies’ poetic recollection of a turbulent 50s childhood. I used to dislike this film when I was younger, believing it to be about victimhood. Now I know it’s about spiritual yearning, and it makes me sad.

6. THE MODERNS. “It’s easy to be hard-boiled in the daytime – but at night…” A film infused with that soft, yielding night-time sensuality, artists in 1920s Paris acting out a fable on the value of Art – but also a rueful romantic pastiche full of glancingly funny moments. Linda Fiorentino is a shrewd, pouty beauty for the ages.

7. DEAD RINGERS. Jeremy Irons and Jeremy Irons as twin gynaecologists in David Cronenberg’s scalpel-sharp, increasingly unsettling psychodrama. Might be called misogynistic (and it has been), if its heroes weren’t so obviously in agony.

8. THE VANISHING. Two men – an abductor, and the victim’s boyfriend – linked by a compulsion to impose themselves on the randomness of life. Deeply chilling in a way few thrillers have matched, or even attempted; ignore the Hollywood remake with Jeff Bridges.

9. DIE HARD. Wisecracking cop vs. smooth super-criminal; cat-and-mouse mayhem in a self-contained setting, a scenario often remade (most recently by Dwayne Johnson in Skyscraper) but never so expertly. Can we call it the most influential action movie of the 80s? “Yippee-ki-yay, motherf**ker!”

10. DANGEROUS LIAISONS. John Malkovich the reptilian Valmont, Glenn Close his thin-lipped partner in heartless lechery; Choderlos de Laclos wrote his novel in the 18th century, but cruelty and manipulation never go out of style. “I’ve always known that I was born to dominate your sex, and avenge my own.”

GRAVE OF THE FIREFLIES (Isao Takahata)

LANDSCAPE IN THE MIST (Theo Angelopoulos)

THE UNBEARABLE LIGHTNESS OF BEING (Philip Kaufman)

WOMEN ON THE VERGE OF A NERVOUS BREAKDOWN (Pedro Almodovar)

Aphrodite Festival returns with The Barber of Seville