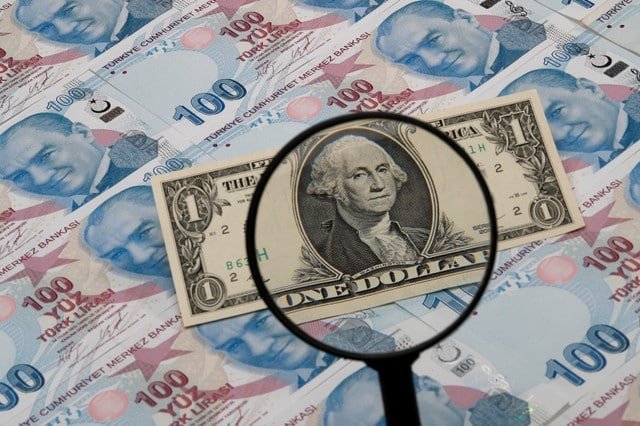 The lira weakened further on Thursday, pressured by a damaging standoff between Turkey and the United States over the fate of a detained Christian pastor that showed no signs of easing.

Ankara accused Washington of waging “economic war” and failing to respect its legal system over Andrew Brunson, whose trial in Turkey on terrorism charges – which he denies – has soured ties between the Natoallies.

The lira dipped as far as 6.1350 against the dollar from a close of 6.0330 and was at 6.0700 at 0914 GMT, 0.6 per cent weaker on the day. The dollar was boosted by US Federal Reserve minutes indicating it would raise interest rates in September.

The lira is down 37 per cent this year, with the crisis in Turkish-US relations exacerbating losses triggered by concerns about President Tayyip Erdogan’s influence over monetary policy.

Cristian Maggio, head of emerging markets strategy at TD Securities, said trading volumes were particularly thin as markets were closed in Turkey all week for the Muslim Eid al-Adha festival.

“The problems of Turkey are not fixed,” he said. “There is not one single structural solution or reform that has been advanced or detailed by the local authorities.”

John Bolton told Reuters that Turkey had made a “big mistake” in not freeing Brunson, and was sceptical about $15 billion of investment support from Qatar, which was “utterly insufficient to have an impact on Turkey’s economy”.

“His statement is proof that the Trump administration is targeting a Nato ally as part of an economic war,” Erdogan’s spokesman Ibrahim Kalin said.

“The Trump administration has … established that it intends to use trade, tariffs and sanctions to start a global trade war.”

Bolton said the crisis could be over “instantly” if Turkey released Brunson, prompting Kalin to call on Washington to respect Turkey’s judicial independence, one of Ankara’s most pointed responses yet to criticism of the pastor’s detention.

Brunson, who has lived in Turkey for two decades, has been detained for 21 months and is now under house arrest.

Until Kalin’s statement, Turkish officials had been silent about comments on Turkey this week byTrump and Bolton. Trump told Reuters on Monday he would give no concessions in return for Brunson’s release.

As relations soured this month, Trump doubled tariffs on metal imports from Turkey, prompting Ankara to raise tariffs on US car, alcohol and tobacco imports by the same amount.

Ankara has initiated a WTO dispute complaint on the tariffs.

“Turkey will protect its national interests on every platform and work with the rest of the world against restrictive and punitive measures,” Kalin said.

Qatar’s support has had a positive impact on markets and Turkey’s ties with it would continue to strengthen, he said.

“The steps we have taken to prevent an assault on the Turkish lira yielded positive results” and the Finance Ministry and other institutions will continue to “take precautions and protect our economy”, Kalin added.

Maggio highlighted market concerns that Turkey’s central bank has not been hiking interest rates despite double-digit inflation and the ailing lira. Erdogan has called interest rates the “mother and father of all evil”, seeking lower borrowing rates to boost growth.

“They just squeezed liquidity out of the market but now they have started to reduce that squeeze, which is removing the support the lira received,” said Maggio. “I would be very surprised to see a sustained rally in the lira.”

Kalin also said Mehmet Hakan Atilla, a banker at Turkey’s state-owned Halkbank, had been unjustly convicted in the United States for taking part in a scheme to help Iran evade US sanctions. Atilla was sentenced to 32 months in jail in May.

“It is unacceptable that certain baseless and false allegations are made against Halkbank to weaken this public bank,” Kalin added.

“Turkey is extremely frustrated with this process.”