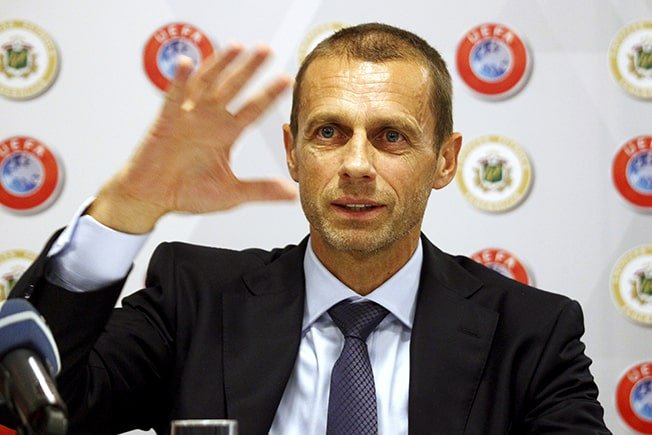 European football’s new Nations League competition will give national team football a boost when it gets under way next month, UEFA President Aleksander Ceferin said on Thursday.

Ceferin said that friendly internationals failed to provide meaningful matches and that a new balance was needed between club and national team football.

The Nations League, to be held every two years, features all 55 of Europe’s national teams divided into four divisions – Leagues A to D – that are themselves split into four groups, to be played between September and November.

There is promotion and relegation between each league while the top division will finish with a four-team mini-tournament, to be held in June next year, to decide the Nations League champion.

Initially greeted with scepticism because of its seemingly complex format, the new competition was given a warmer reception by coaches when the draw was made in January.

“The World Cup showed that there is a huge appetite for national team football,” said Ceferin in a UEFA statement.

“UEFA has always been aware of this, and of the fact that national team football needs more than biennial summer showcases,” he added, referring to the European Championship and the World Cup, each held every four years.

“Supporters realise that most friendlies fail to deliver competitive and meaningful football. The relationship between club and national team football needed rebalancing. That was the thinking behind the UEFA Nations League.”

UEFA introduced the competition amid concern that the public were losing interest in the European and World Cup qualifying competitions – which will continue in a reduced time-frame — because of the number of mismatches.

Increasingly, international breaks have come to be seen by fans in Europe as an unwelcome intrusion into the club season, which boasts the world’s top players competing in a handful of domestic leagues.

“In every even year there are World Cup or Euro champions; now in every odd year there will be a UEFA Nations League champion,” said Ceferin.

“Football is about competition and now, just like in club football, there will be a national team champion at the close of every season.”

Global football’s governing body FIFA has discussed plans to take the idea a stage further and introduce a global nations league although this has met with opposition from clubs and European leagues.

Ceferin said the World Cup in Russia, where all four semi-finalists were European, underlined the strength of the continent’s football.

“Europe has now provided 13 of the 16 semi-finalists at the last four World Cups,” he said. “We are not just producing successful clubs in Europe, but a rich seam of talented players, visionary coaches and competitive national teams.”