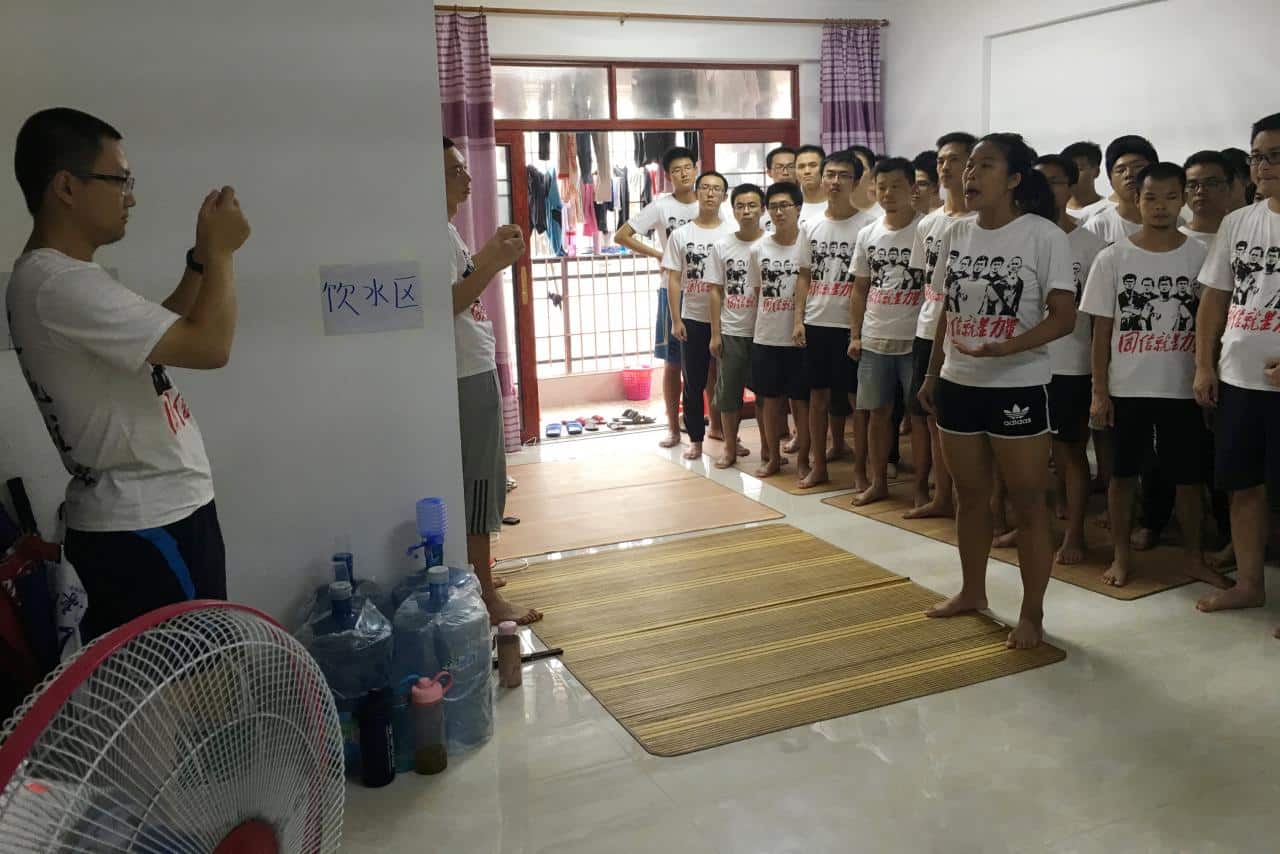 Student activists and others supporting factory workers seeking to form a labour union are seen inside an apartment in Huizhou, near Shenzhen

Police in riot gear stormed an apartment in southern China on Friday where about 40 student activists and others supporting factory workers seeking to form a labour union were staying, according to activists who said they received a video of the raid as it was taking place.

The video footage, which was shared with Reuters, showed police armed with shields and helmets bursting into the activists’ accommodation and scuffling with the occupants.

The footage appeared to show an apartment where the students were staying in Huizhou, near the southern city of Shenzhen, that had been previously visited by Reuters. The video could not be independently verified.

It was not immediately clear what happened to the activists. Calls to police in the area and five activists who had been staying at the apartment went unanswered. Labour activists in other parts of the country who are following the case and had been in touch with various activists on the scene said they were unable to contact them.

The raid is the latest step by the Chinese authorities to clamp down on a growing labour movement in the southern province of Guangdong that started brewing last month when workers at a welding machinery company, Jasic International, were fired when they tried to create a union.

Labour activism is viewed as a challenge by the ruling Communist Party, which opposes independent unions and punishes protesters.

Since then, support has poured in, with about 50 labour activists, most of them students, travelling to Guangdong to back the workers.

An activist who shared the footage of the raid with Reuters said the raid Friday took place just after 5 a.m. The activist, who declined to be identified because of the sensitive nature of the footage, said the images were received directly from students in the room when the police entered.

Pressure had been mounting on the activists.

In interviews with Reuters a day before the raid, 15 activists involved in the Jasic case described a multi-pronged effort to force them to disengage from the workers’ cause.

The authorities have flown many of the young activists’ parents to Guangdong and put them up in hotels to undergo “training sessions” about how to raise their children, according to interviews with several students.

Authorities lectured the parents on text messages to send to their children. They also arranged to have parents show up at various places where their children were, including the apartment and shopping areas where protests have been staged, they said.

The Ministry of Education issued a notice five days ago to universities across the country telling them to stop students from travelling to Guangdong to participate in the protests, according to screenshots of messages sent by universities to students.

The universities gave a range of explanations to students about why it was unsafe for them to go to Guangdong including an approaching typhoon and the risk of being recruited into a pyramid scheme, several students said.

Reuters was unable to verify the order and the ministry did not respond to faxed questions.

The hashtag “what’s up with Guangdong?” started trending on Weibo as the Ministry of Education notice spread.

Several of the students’ university advisers had apparently also flown to Guangdong to try to persuade them to leave, according to some of the activists.

The protests have spread to Beijing where, on Wednesday and Thursday, a group of 20 students, activists and two worker representatives from Jasic submitted petition letters at the headquarters of the All-China Federations of Trade Unions and the All-China Women’s Federation.