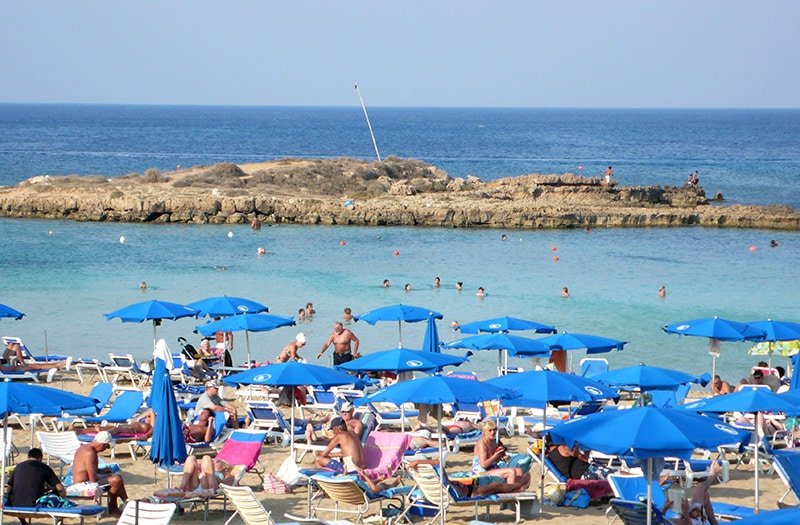 Uncertainties related to geopolitics are likely to affect economic performance in the UK and Russia, two of Cyprus’ main commercial partners, while Greece’s economy, also one of the island’s major trading partners remains subdued having lost its dynamism after completing three successive austerity programmes in nine years. On top come political and financial developments in Turkey which is steering towards Venezualisation, which pose the highest risks for Cyprus, they said.

“We live at a time of heightened uncertainties and rising geopolitical frictions,” economist Ioannis Tirkides said.

While Cyprus has hardly any economic ties to its mighty northern neighbour, which opposes Cyprus’ hydrocarbon development programme as long as the island remains divided, Turkey’s economic problems could still affect the economy of Cyprus which largely depends on tourism, an industry sensitive to geopolitical conflicts.

As the relations of both Russia and Turkey to the US are being tested and with all three countries led by “confrontational” leaders, there is much at stake for Cyprus, said independent economist Stavros Agrotis.

“An economic war has broken out between Turkey and the US,” Agrotis said in reference to the recent sanctions the two NATO-allies imposed on each other earlier this month as well as their decision to punish each other’s goods with tariffs, which hit the Turkish lira hard.

“The lira has in fact been declining since the summer of 2008,” said Tirkides, Bank of Cyprus’ economic research manager. “The decline was slow and gradual at first but accelerated after the failed coup of July 2016 and the purge that followed. The accelerated decline is the result of weakening confidence in Turkey’s economic model after 2008, of foreign funded credit led growth, and ultimately in the government and president Erdogan himself.

“As such the crisis will not have any easy solution and looking to avoid IMF-type austerity policies entails the danger of accelerating inflation, corporate defaults and recession,” Tirkides continued. “There is the danger of political instability in Turkey which may lead to broader implications”.

Agrotis added that as for Turkish President Tayyip Erdogan “saving face is important,” rolling back reforms which he reversed in recent years, should be considered unlikely. “On the other hand, patchy fixes are unlikely to avert economic downturn which in turn increases the risks of a conflict,” he added.
While Turkey’s confrontation with the US has triggered nationalistic reactions in the population, initially restricted mainly to Turkish citizens publicly destroying US dollar notes or iPhones and later to shots being fired at the US embassy in Ankara by a passing car, they could escalate to demonstrations of military might, Agrotis said.

“If there is serious instability in Turkey, this will increase the risk,” he said. “However, we have not reached a critical point yet”.

In addition, an expected recession in Turkey is likely to affect the Turkish Cypriot economy which is largely dependent on financial aid from Ankara, which in turn may prompt Turkish Cypriots to seek employment and opportunity in the southern part of the island.

Turkey which already prevented in February a drill ship hired by Italy’s Eni to bore for natural gas in Cyprus’ exclusive economic zone has vowed to prevent the island’s hydrocarbon programme. While the next stage of which provides for ExxonMobil exploring for natural gas in block 10, it is considered unlikely that Turkey would challenge the US hydrocarbons giant.

At the same time, the impact on Cyprus, Russia’s largest source of incoming foreign investment, from a new round of US sanctions coming into effect on Monday and designed to restrict Russia’s access to credit and sensitive technology, is expected to be limited, Tirkides said.

Still, “some of the new sanctions may be more difficult to handle and will trigger a Russian response,” the Bank of Cyprus economist said.

Agrotis said that as a result of the relaunched “geopolitical chess game” of the Cold War between the US and Russia, what could affect Cyprus as well as other countries in the region including Israel, is the answer to the question over which camp Turkey will ultimately choose. He added that this could potentially make Turkey even more dangerous and unpredictable.

Furthermore, Tirkides warned that Cyprus should be preparing for a no-deal scenario in the EU-UK divorce negotiations, which has become an increasingly realistic possibility.

The talks initiated last year are still dragging on without a sign that the two sides were close to an agreement to avert a hard Brexit. The cabinet of prime minister Theresa May remains divided over the overall strategy even after diehard Brexiteers such as former foreign secretary resigned. An impasse in the negotiations would negatively affect mainly the economy of the UK, Cyprus’ largest source of incoming tourism.

“If the UK exits without a deal then tariffs on bilateral trade will become applicable, which are low on average but high on specific items,” he said. “The impact of that on the UK economy would be negative at least in the short term”.

A subsequent economic slowdown or recession in the UK would therefore hurt Cyprus’ tourism industry, he said.

“So far however in the last two years or so, when the sterling pound had lost considerable value, tourist arrivals from the UK were increasing albeit at a slower pace than for total arrivals overall,” Tirkides added.

The Cypriot economy which emerged in 2015 from a prolonged recession, is forecast to expand this year by 3.9 per cent, as much as it grew last year.

In his latest public intervention about the economy, Finance Minister Harris Georgiades appeared upbeat about the economy’s prospects which expanded an annual 3.9 per cent in the second quarter.

“Cyprus remains on a course of stability and positive prospect,” he said on August 14, just months after a second state-owned bank went out of business in six years.

Our View: Government needs to fight to take back control of education

Volvo aims for 25% recycled plastics in every new car