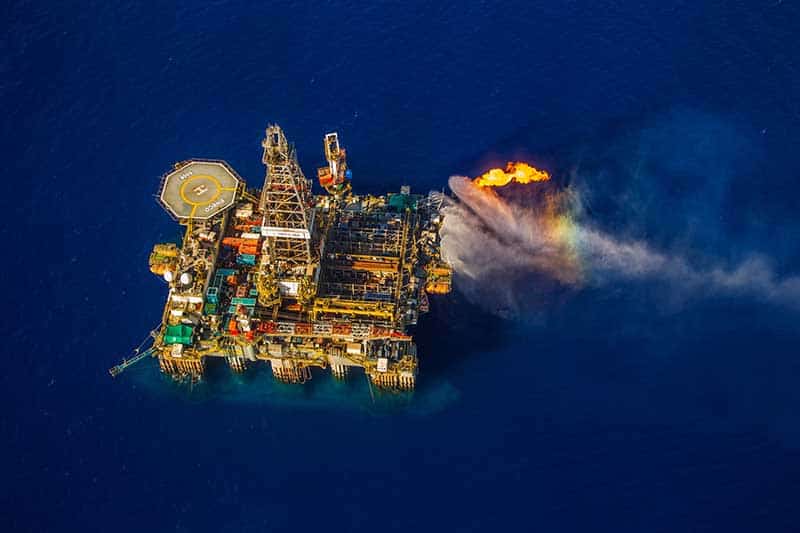 MUCH has been said during the last few weeks about the future of Aphrodite, in light of the potential gas sales to Shell’s liquefaction plant at Idku in Egypt. And justifiably so, given the potentially serious implications on revenues from these sales and on the Cypriot economy over the next 18 years.

These have culminated with the approval on Tuesday by Cyprus Council of Ministers, giving directions to the negotiating team on the terms under which to enter and carry out such negotiations. It is important to note that one of these directions is that the offer by the block 12 companies is not acceptable as it stands.

In this article I make an objective analysis of the issues, based on international markets and prices and local factors.

The reason cited is that because of the low oil and gas prices globally, the distribution of profits is not acceptable to the companies and it is not commensurate to the investments they are expected to make for the development of the project.

However, is this demand justified? Let’s examine the key issues one by one:
– The oil price in October 2008, when the PSC was signed, was $72/barrel – just as it is now
– The natural gas price in Europe (TTF Netherlands) was about $10/mmBTU – now it is $8.50/mmBTU
– The cost of offshore construction now is about 30 per centlower than in 2013, when the discussions to develop Aphrodite were taking place – without requesting renegotiation of the PSC

So what has changed to justify the demand by the companies? None of these parameters justifies a change in the distribution profits. The Council of Ministers is right to state that the demand of the companies is not acceptable as it stands.

It is also interesting that Noble and Delek have not requested a similar revision of their Tamar agreement in Israel. The distribution of profits is similar to that in Cyprus: 60 per cent to the state – 40 per cent to the companies, even though these are recovered through taxes and levies. If such a request were to be made, I am sure the reaction from Israel would be very negative. Indeed, in 2014-15, Israel increased tax on natural gas.

There is also the issue of the unitization agreement with the Ishai group of companies. This has not yet been agreed or signed and it exposes the future exploitation of Aphrodite to future adventures. Who will take responsibility, and absorb the economic impact, if the Ishai group wins a referral of the case in international courts, which is very likely. This has become one of the most serious disputes facing Cyprus and Israel.

If any changes to the distribution of Aphrodite profits is by any chance agreed, they may have a knock-on effect. There is a strong likelihood that the companies, owning the other licensed blocks, will require similar modifications to the distribution of profits. In such a case, the economic impact on Cyprus will be enormous and may amount to several billion euros, up to €10 billion, if natural gas discoveries reach 20 trillion cubic feet (tcf), which is very probable.

Given developments in the global energy sector, in the longer term oil prices may stay low. Any changes to the Aphrodite contract should be mindful of this. We should not end-up in a situation where Cyprus’ profits gradually diminish in comparison to those of the companies. This entails a floor oil price to be agreed.

The government has stated that the goal is to finish the negotiations and close an agreement with the Aphrodite companies soon, likely by the end of the year. It is difficult to understand why this cannot wait for a further two months, until February, when we will know the results of ExxonMobil’s drilling in block 10.

Much hangs on this and on the more optimistic indications from the evaluation of seismic data, that have shown that block 10 may hold significant amounts of natural gas, in formations similar to nearby Zohr.

A major discovery in block 10 could alter the gas balance and associated geopolitics in the region. The prospect of substantial gas exports to Europe could put ExxonMobil at the forefront of future gas developments and could rekindle interest in the region.

It is well known that, when presenting its drilling program last year, ExxonMobil said that if the drilling results allow it, the company is ready to examine the construction of an LNG liquefaction terminal in Cyprus. In such a case, Aphrodite and Calypso gas could be liquefied at the same terminal. Given potential gas export quantities, such a development would be competitive and could make the East Med that much more important to the EU’s quest to diversify its gas supplies.

Not only the benefits for Cyprus will be much greater, but also the prospects for the development of new industries, thousands of jobs and the renewal of the Cypriot economy. These will not be realized if we are limited to exports to Egypt with reduced profits.

Block 12 renegotiations and block 10 drilling will in effect run in parallel. It is advisable that no firm decisions are made until the drilling results become known and their potential impact is assessed.
Global LNG markets are in a state of glut that is expected to continue until 2022-2023. After 2023 LNG demand is expected to catch up and exceed supply. Also, until the first quarter of 2019, no major changes in the availability of new natural gas in Egypt are expected, other than what we are aware of now.

So there is time to proceed with negotiations to sell Aphrodite’s gas to Shell without haste, taking into account the above parameters. In addition, the companies’ demands, their justification and their impact need to be better understood in the context of global markets and prices. There are significant risks and questions that require convincing and detailed responses – with transparency. What the companies want is one thing – but Cyprus is obliged to defend its own interests.

In the meanwhile, as if to remind us that there is another more worrying dimension to the exploitation of Cyprus hydrocarbons, Turkey is about to start drilling, albeit initially in their waters, using its new drilling rig Fatih. This, however, is likely to be followed before the end of the year by drilling in Cyprus’ undeclared EEZ, either to the north or the west of the island, to coincide with ExxonMobil’s drilling in block 10. Turkey is not likely to actively intervene in this, but neither it intends to remain a disinterested bystander.

It of course remains to be seen what the impact of these developments will be on the re-start of the negotiations for the Cyprus problem.

Vettel wins in Belgium to rein in Hamilton