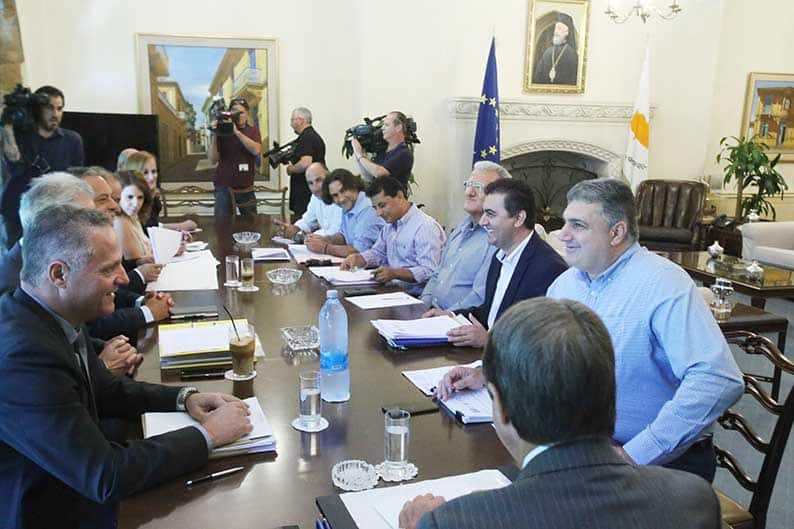 Education Minister Costas Hambiaouris said the rejection by teacher unions of proposals made to them by the government was regrettable but is still optimistic that a dialogue could produce results.

In an interview with Politis on Sunday, Hambiaouris, two days after the rejection and the announcement by unions that teachers would go on the march on Tuesday, dismissed claims by the unions that the cabinet’s measures to streamline education was “arbitrary and unilateral”.

What they had rejected on Friday, he said, was “the result of their own bargaining”.

“I regret the rejection by the educational organisations of the proposals. The rejected proposals were not the original proposals of the government, but the result of a three-hour negotiation by the President of the Republic with the leadership of the educational organisations, which included satisfying the requests they had submitted,” said Hambiaouris. “How can our proposals be ‘unilateral and arbitrary’ when trade unions have been called upon to state their positions on the subject and have refused to participate in this dialogue? It is the result of their own negotiation that they have rejected.”

The proposals included reduction in the off-class hours for the class supervisor from two to one. At the same time, absence record-keeping would be undertaken by the school administrations. The government also proposed a reduction in the teaching periods, which educators got depending on years of service from two to one. Under the current system for example, primary school teachers have their periods cut by two to 27 after 15 years, and to 25 after 21 years. The lost period would be compensated by an incremental pay rise.

“In order for the public to understand what is really happening, I am referring to the fact that teachers are currently doing things in their school hours. They are also exempt from teaching as their years of service progress,” Hambiaouris said

“This is paradoxical. The oldest and more experienced teachers who have had successive training, to teach less and less? That’s the difference. The result is that teaching hours paid by the taxpayer are lost. This is a huge waste of human resources which, from an economic point of view, is estimated at €52.7 million per year. The unions are asking for this situation to be maintained, even if additional teachers, 300 to 350 are recruited each year so that the existing ones do not teach part of the time.”

He said the ministry and government have proposed that part of these “exemptions” be replaced by incentives for those teachers who go “above and beyond”.

“It is therefore easy to see that a new evaluation system will work for the benefit of teachers and public schools and will contribute to the qualitative upgrading of the education provided,” the minister added.

In the meantime, with the risk of disruption still looming over the start of the school year, Hambiaouris said everything was in place for the beginning of the new year, incorporating the cabinet’s decisions for the improvement of the education system.

“We made a difficult start, but we dared to make a start,” he added. “We started and we still have a lot to do. I want to stress for the last time that our children’s success is a success for us all.”

Meanwhile, Attorney-general Costas Clerides when asked by the CNA on Sunday about a reported meeting between him and Hambiaouris, said: “I know nothing about that.”

In Ireland Pope begs forgiveness for ‘betrayal’ of Church abuse