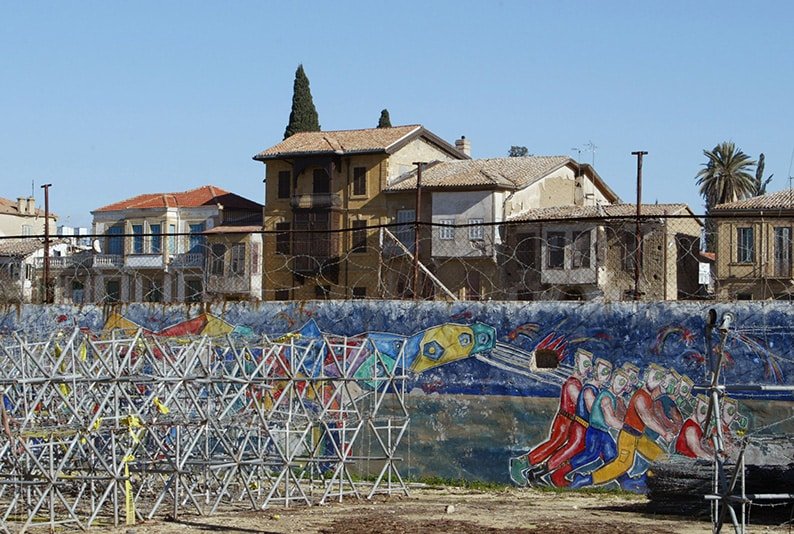 In essence, some would prefer the loose confederation because it constitutes a form of partition

LATELY, the Greek Cypriot negotiator, Andreas Mavroyiannis, has been confirming, in an explicit and unambiguous fashion my assessment that the Cyprus problem is fast approaching the end of an era and that these developments entail grave risks while rendering the maintenance of the status quo an unfeasible proposition.

When I first referred in my articles to the possibility of Unficyp being withdrawn, in the event of a failure to find a mutually acceptable solution of the problem, I was branded an “alarmist”.  Today, it is considered certain that the departure of the UN peacekeeping force will be one of the many consequences of declaring the Cyprus problem as “unsolvable”.

It follows that the veiled hope of Greek Cypriots that – somehow, in an unspecified magical fashion – conditions will prevail in the future that will allow the resolution of the Cyprus problem under better terms than those offered today – probably for the last time, is regrettably, mere wishful thinking.

Being where we are, the only practically available options we have, today, are the bizonal, bicommunal federation or the partition of Cyprus into two separate states.

The option of a unified state was regrettably lost in 1963 as a result of the lack of vision and of political incompetence on the part of the Greek Cypriot leadership.

It is true that the concept of a ‘federation’ and that of a ‘confederation’ are not capable of being precisely defined because, in practice, the rules governing each specific constitution are a matter of choices which – in most cases – have been made through an evolutionary process lasting over centuries.  Nevertheless, despite the fact that the constitutions of federations may differ between them in terms of the detailed rules that govern the functioning of the federation, they all have – by contrast to confederations – the feature of the compulsory formulation and application of common rules governing matters pertaining to the economy, currency, monetary policies, internal trade and business operations, free movement of capital, goods, services and people, defence and foreign affairs.

The internationally known, well-functioning federal structures are those of Austria, Belgium, Germany, Spain, Switzerland, the US, Canada and Russia. Of course, other federations exist beyond those of Europe and North America.

In the case of independent states, the structure is not dependent nor is it linked to the structure of any other independent state. Of course, this does not preclude the conclusion of transnational cooperation agreements on any subject, which, however, are all based on the free will of the contracting parties, at the stage of the conclusion of the agreement as well as at the subsequent stages of maintaining and applying the terms of each agreement concluded.

A small distance from the fully independent and sovereign state, there is the concept of a ‘confederation’, where two or more states can come to an agreement to exist under certain common operational rules, without, however, jeopardising the separate existence and sovereignty of each member-state of the confederation.

In such confederations, what is invariably required are unanimous decisions, given that no mechanisms exist for imposing common rules on all the states that comprise the confederation, thus substituting individual consent and agreement. Under such arrangements, the lack of unanimity inevitably and invariably results in inaction.

In world history, most confederations were short-lived and they were either led to dissolution or transformed to federal structures. Examples of such dissolved confederations were the ‘United Arab Republic between Egypt and Syria, which lasted from 1958 to 1961, the ‘Federated Arab Republics’ of Egypt, Syria and Libya, which lasted one year in 1972, and that of Serbia-Montenegro from 2003 to 2006.  I would highlight, here, the confusion that persists in terms of terminology. The short-lived loose confederation that was formed by Egypt, Syria and Libya, in 1972, was pompously self-labelled ‘a federation’.

One could easily argue that the EU was initially launched as a confederation, which, through an ongoing process, has already been transformed into a ‘federation.  Within the span of half a century, the EU has covered a very long distance between the original confederation and the ultimately aim of a fully-fledged federation.

There is absolutely no doubt that a necessary condition for the transformation of a confederation into a federation is a commonality of goals amongst those involved in the process but also a commitment in the achievement of these goals. What is even more important is the absence of conflicts and of external interference.

More importantly though, it is certain that such a loose Cyprus confederation would not survive the test of time because of the existence of significant conflicting interests as well as external influences – mainly those of Turkey but also of other countries – which would undermine the confederation and  bring about its dissolution within a short period of time.  It is my strongly-held conviction that Cyprus can survive only if the political umbilical cord connecting it with ‘the motherlands’ is severed.

What will happen in such a case?  My assessment is that the dissolution of the confederation would lead to an exit from the EU of both the confederated states.  Some readers will probably rush to argue that the defenestration of a member-state of the EU is legally unfeasible.  This is a myth but dispelling it is not a task that can be accomplished within this article.

One may reasonably ask why a significant number of Greek Cypriots appear to favour a ‘loose confederation’?

The simple response to this question is twofold. Firstly, these Greek Cypriots suffer from a guilty conscience because they supported the military coup that paved the road for the military intervention by Turkey and resulted in immeasurable suffering.

In addition, these people abhor the idea of adopting the declared Turkish goal of the 50’s – the partition of Cyprus – as their own, even if they are prepared to cede the occupied north to Turkey, thus seemingly securing their freedom of movement in the south.

In essence, they prefer the loose confederation because it constitutes a form of partition. Secondly, the rejectionists among Greek Cypriots who dominate the so-called ‘middle ground’ of the Greek Cypriot political spectrum, are conscious of the fact that in a reunited Cyprus under a federal structure, their political survival will be highly uncertain. Therefore, they opt for the loose confederation – the name they have assigned to partition – because they believe that such an arrangement will facilitate their political survival.

I am not sure why every time I am confronted with the dilemma between the bizonal, bicommunal federation and partition what springs to my mind is the story of King Solomon and the approach he had taken in confronting the two women who were claiming the motherhood of an infant.

The explanation may be a very simple one.  It could be the certainty that partition will completely extinguish the prospects of the survival of Cyprus I became acquainted with when I was born and which I still love so much.

The time has come to bite the bullet.

The gathering storm over the sea

Tales from the Coffeeshop: Was the collapse of the Co-op a conspiracy theory?