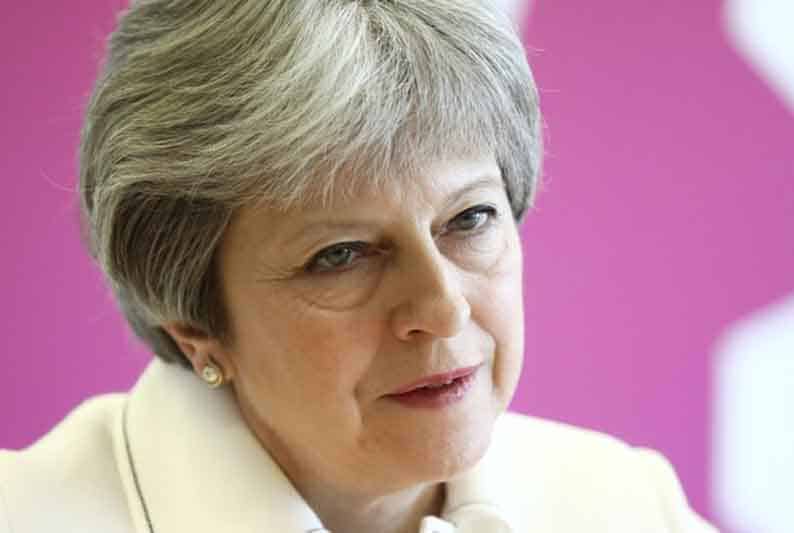 May on Crans-Montana: 'All sides demonstrated remarkable courage '

A just and lasting settlement of the Cyprus problem is within reach, and the British government continues to work towards that goal, Prime Minister Theresa May has said in a letter addressed to MP Theresa Villiers and other MPs.
In her letter, dated June 12, which was made public on Monday, May said she appreciated “your kind words about the government’s support for a settlement,” noting that “last summer in Crans- Montana, the two Cypriot leaders and three guarantor powers, supported by the UN secretary-general, came closer than ever before to reaching a settlement.”
“All sides demonstrated remarkable courage and commitment and all parties engaged with serious intent to reach a deal. I share both your disappointment that it was not possible to reach agreement and your assessment that the talks made important progress,” May’s letter said.
“The government believes that a just and lasting settlement is within reach, and we continue to work towards that goal,” She added.

“We recognise it will not be straightforward: all sides will need to build trust as they seek to restart talks, and an agreement will require flexibility and willingness to compromise from all sides.”

May said when she met President Nicos Anastasiades in April this year they had discussed the steps he might take in pursuit of an agreement.

“While it is ultimately for the Cypriot communities to decide the next steps, we remain ready to support progress towards a settlement in any way we can,” May said.