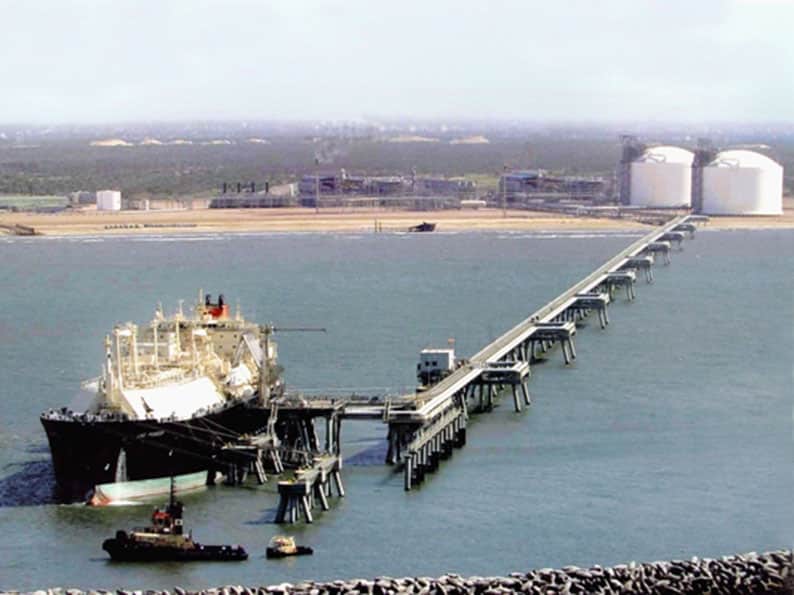 The Idku LNG facility in Egypt

Egypt has nothing to fear from the ongoing renegotiations concerning the Cyprus natural gas deal, an Egyptian official has said.

In an interview with Ahram online, the former vice president of the Egyptian Petroleum Authority, Medhat Youssef, said that Cyprus’ renegotiation with energy companies over the revenue sharing agreement for the 4.5 trillion cubic feet (tcf) Aphrodite gas field find is a normal procedure that should be undertaken if there is a change in the market, including oil prices.

Youssef said that any changes in the agreement would only guarantee benefits for every side involved including Egypt, Cyprus and foreign investors.

Cyprus’ cabinet last week appointed a committee to enter talks with energy companies.  Energy Minister Giorgos Lakkotrypis said that the best option would be to try and find a mutually acceptable solution with the consortium so that the Aphrodite reserve is developed as soon as possible.

According to Ahram online, the existing preliminary agreement involved connecting the Aphrodite field with Egypt’s liquefaction plants in Idku and Damietta through an underwater pipeline worth up to $1 billion.

“Egypt is the best hub for Cyprus to export liquefied gas to Europe,” Youssef told Ahram online, adding that an alternative to Egypt will be very hard to find in the short term. He suggested that the agreement will very likely be successful.

Former vice president of the Egyptian Petroleum Authority, Salah Hafez, told the website that such a deal is needed for Egypt to capitalise on the potential production of Egyptian gas liquefaction companies who are working far from their full capacity.

Aphrodite lies in block 12 of Cyprus’s exclusive economic zone and it is Cyprus’ first gas find, discovered in 2011. The Houston-based Noble Energy Inc. is the leader of a consortium with the participation of Israel’s Delek and Shell.

Lakkotrypis said last week the government had been informed at the end of last year that the consortium had come to a preliminary agreement with Shell, which operates an LNG terminal in Egypt, to sell gas to them. The consortium also said that because of the low international price of oil, the project would not be viable and they had asked for a review of the financial conditions in the existing agreement.

The negotiating team will include the ministers of energy and finance and consultants from the hydrocarbons company and the legal service.

The minister said that if all goes as planned, Cyprus’ natural gas will start flowing to Egypt in 2022.

Go-ahead for church service in the north