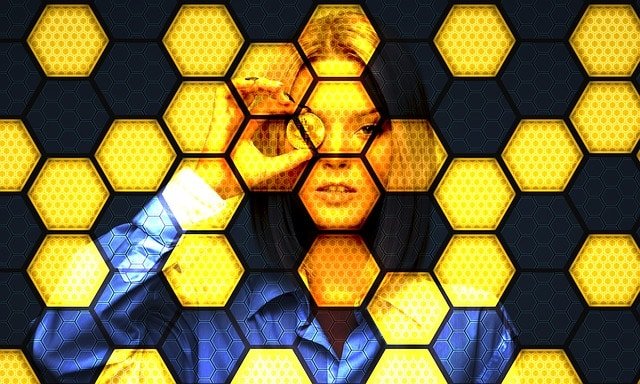 Blockchain technology has gone through a considerable evolution since it was first founded in 2008 by anonymous developer Satoshi Nakamoto. While much skepticism remains around this still nascent technology, it has validated itself as an effective means for conducting transactions for businesses, individuals, and even governments. Over the past year, in particular, various companies, whether private or public, have been incorporating blockchain in one way or another.

Although a small country with a total population of four million (less than half of the state of Georgia in the United States), the Eurasian nation of Georgia was ranked second in cryptocurrency mining volume by a 2017 Global Cryptocurrency Benchmark study from the University of Cambridge Centre for Alternative Finance. The country is located just north of the eastern side of Turkey. Georgia’s minimal regulations over cryptocurrency, as well as its affordable electricity with hydropower, have set the country up for success with the cryptomirror world.

A large portion of the cryptocurrency mining in Georgia comes from Bitfury, a US-based tech company that has a data centre near the country’s capital Tbilisi. However, Georgia is becoming more and more accepting of cryptocurrency. Surveys suggest that as many as 5% of Georgian households participate in cryptocurrency mining or investments. According to Hans Timmer, World Bank Chief Economist for Europe and Central Asia, “Georgia is at the forefront in mining of cryptocurrencies,” whereas many countries in Europe and Central Asia are merely experimenting with blockchain technologies. “Georgia’s prevalent use of cryptocurrencies is driven largely by tax exemptions and low electricity prices. Going forward, therefore, it will be important for the government to ensure financial oversight, protection of consumers, and tax administration.”

With the help of mining, Georgia has evolved from a net exporter to a net importer of electricity. The share of Georgia’s electricity demand devoted to cryptocurrency mining is estimated to range from 10 to 15%. In 2016, per capita, electricity consumption in Georgia was higher by nearly three times than in countries with similar levels of per capita income. As Timmer further explained, “Blockchain technologies are putting competitive pressure on private financial sectors, while also triggering creative ideas and approaches within governments… At the same time, they have introduced a range of policy challenges for countries.”

Challenges do remain, however, such as ensuring financial oversight and combating money laundering, tax evasion, and illicit transactions. Governments will also need to face the high amount of electricity used in cryptocurrency mining. The amount of support that governments can offer to blockchain startups is another question that remains to be answered.

Although China ranked first place in cryptocurrency mining, according to the Cambridge University study, Thailand is also a strong player with a growing blockchain sector. An interesting development in 2017 was that Thailand’s postal service, Thailand Post, said it plans to use blockchain technology for its services, such as tracking packages that carry high-value luxury items. This is useful in that it would ensure no one would be able to open these sensitive packages other than the people who are authorised to do so, exemplifying how blockchain technologies can ensure safety and security.

The majority of legal trading of cryptocurrency occurs in Malta. In fact, the Binance cryptocurrency exchange set an interesting precedent this past March when it announced that it plans to move its headquarters to Malta from Hong Kong, where regulations on virtual currencies are more restrictive. A tweet from the Maltese Prime Minister Joseph Muscat, welcoming this news, demonstrates the country’s acceptance of the digital currency.

A proponent of the evolving capabilities of blockchain technology, Malta has also proposed the creation of the Malta Digital Innovation Authority (MDIA), which would “help to promote several policies and objectives including “[fostering], [promoting] and [facilitating] the advancement and utilisation of digital ledger technology and its design and uses,” as well as “[promoting] education on ethical standards and legitimate exploitation, use and creation of technology in particular digital ledger technology.”

Liechtenstein, a small country situated between Switzerland and Austria, has played an important role in supporting the creation of cryptocurrency businesses. In fact, the number of registered businesses has been reported to surpass the number of citizens. This could be partially due to the fact that a company can be started in Liechtenstein without a bank account, and it can be done so with Bitcoin (BTC) or Ethereum (ETH), rather than fiats. For example, the Aeternity blockchain was founded with 50,000 Swiss francs, which approximates to $50,994.40 USD, of ETH.

Another notable feature of Liechtenstein is that it is part of the European Economic Area (EEA) without being a member of the European Union (EU). This gives access to trades across Europe for business in cryptocurrency and blockchain, all while dodging the more restrictive regulations that are overseen by the EU. Monthly blockchain meetups in the capital city of Vaduz help make Liechtenstein a hub for blockchain technology.

Cyprus plays a key role in the evolution of blockchain and, likewise, blockchain technology is shaping the island as well. The island is strategically located and has been a financial hub for Europe for a long time. Although the 2013 debt crisis hurt its reputation as a destination for the financial sector, it also led to openness and better acceptance of new technologies, such as blockchain and cryptocurrency.

After the volatility of the debt crisis, people began to look for alternative ways to store their funds, making the time ripe for embracing digital currencies. Since then, the Cyprus economy has stabilised and the government has developed a positive sentiment toward digital currencies. Moreover, Cyprus is home to the University of Nicosia, a school that was one of the first to offer programs in cryptocurrencies and blockchain and even accepts payment in both digital and fiat currencies. Seminars and lectures on subjects related to blockchain are hosted regularly by the Cyprus International Institute of Management.

Additionally, some of the key events regarding cryptocurrency and blockchain will be held in Cyprus. Now, with its decentralised economy, Cyprus is a mecca for blockchain startups.

The high volatility that has accompanied cryptocurrency and its values have been a primary cause of skepticism about the long-term viability of this field. Nonetheless, blockchain technology is being more widely adopted across the globe. Various governments are embracing and experimenting with blockchains in the interest of making public services more transparent, secure, and efficient. The global utilisation of blockchain and digital assets is another significant step toward mass adoption of these technologies by the mainstream.