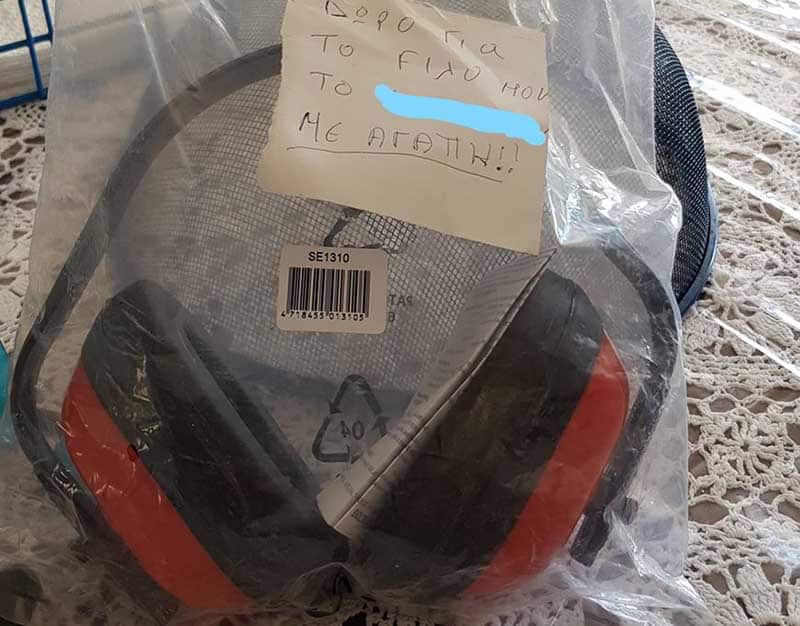 The owner of an establishment in Ayia Napa mocked a neighbour who complained about noise by sending him a set of earmuffs and signing a note “with love,” according to the popular resort’s mayor Yiannis Karousos.

In a post on his Facebook page, Karousos published a photo of the ‘gift’ censuring the cheeky offender.

“Noise pollution continues to be out of control and polluters, feeling that lawlessness is on their side, send smart and sarcastic messages, gifts even, to those who complain,” the mayor said.

The resident had complained about the nightclub keeping him awake until 3.30am and also bothering people renting his flats.

In response, the proprietor sent him the earmuffs with a note reading: “to my friend… with love.”

The mayor voiced hope that the House interior committee would put an end to the suffering as soon as it reconvenes after the summer holidays.

“If we don’t solve it then we should buy everyone ear protection, residents and tourists,” Karousos said.

A few months ago, Karousos issued a statement urging the government to suspend the newly passed law because it was unenforceable and was hurting tourism.

The mayor said under the new law police were no longer responsible for noise pollution, just rowdiness, and for them to intervene someone must lodge a complaint.

Before the law was amended, he said, police could intervene and even remove speakers.

According to Akel MP and head of the House interior committee Eleni Mavrou the problem with enforcement lies in the fact that the new law provides for noise maps to be drafted and noise levels to be set up according to the characteristics of each area.

Based on that, establishments in those areas would only be able to emit noise up to the level defined for the area and their equipment would be adjusted accordingly. Exceeding it would trigger special software that would shut it down automatically.

However, in the around two years since the law’s approval, the environment department, which was responsible for the mapping, has not finished its study.

In a bid to alleviate the situation, the interior ministry submitted a bill reverting to the old law before parliament broke for the summer. But to do so also necessitated a bill from the justice ministry reintroducing the penalties for the offences. That bill was not submitted in time.

Tepak professor resigned over being ‘harassed for lack of Greek’