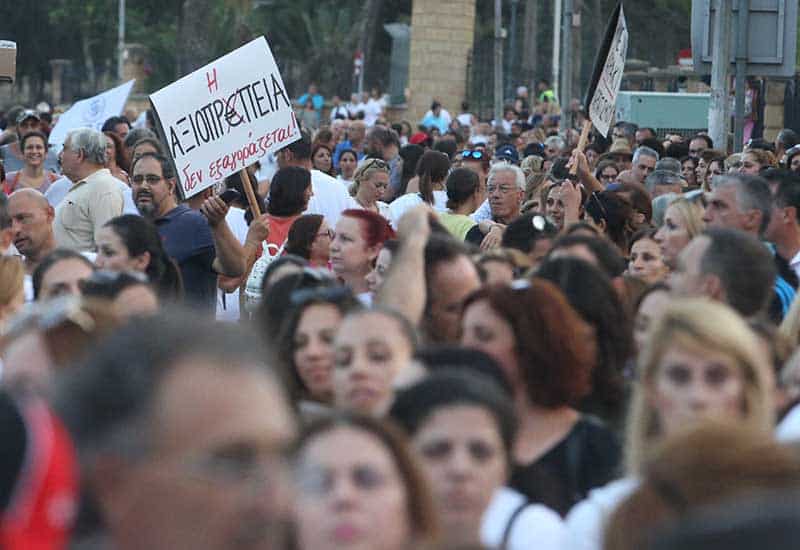 Thousands of teachers marched on the Presidential Palace in Nicosia on Tuesday night to protest over streamlining measures in state schools passed by the cabinet last month.

Approximately 4,000 to 5,000 teachers had gathered before the protest started at 6pm, while numbers surged to 12,000 later on, according to teaching union Poed’s secretary general Charis Charalambous.

Teachers gathered at the protest carried signs reading, Hands off Education! Dialogue = Democracy, while some wore shirts saying No to the dissolution of public schools.

Another sign at the protest depicted President Nicos Anastasiades, Education Minister Costas Hambiaouris and Archbishop Chrysostomos driving a bulldozer with the slogan ‘You haven’t left any education or culture’.

During the march, protesters also called on Hambiaouris to quit.

One teacher told Sigma TV he was marching for respect towards educators, and because “the government’s and the minister’s proposals are an offence to our dignity and ethos.” 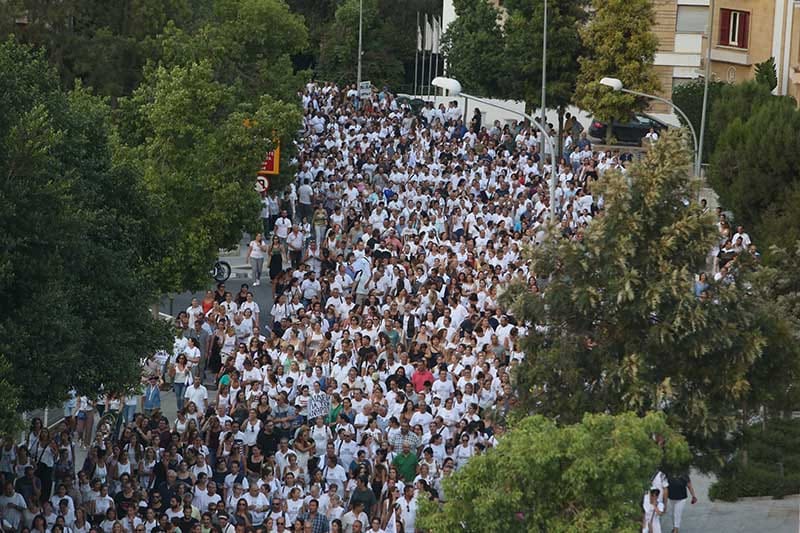 Spokesman for teaching union Oelmek Yiannos Socratous said: “This will be the springboard for other social struggles. Today, a brilliant page is being written for education in Cyprus. Some have sought to demean us. The struggle will not end here.”

During the main speech at the event Poed’s head Filios Fylaktou said: “Education, after many years, has reached a dangerous limit. Education has been turned into a time-bomb, which was activated by the Education Minister Costas Hambiaouris on July 2, 2018.”

He added that the door is always open for a democratic dialogue.

Following his speech and comments about Hambiaouris, the crowd booed and called on the minister to quit.

After the protest, a concert was held outside the presidential palace.

In statements to Politis newspaper, Fylaktou said: “Today, the proud educators have won. We thank the thousands of teachers that sent a clear message for a dialogue, which is an unnegotiable value, necessary for us to take part in, so that schools can be bettered. At the same time, the dignity of the teachers and their work-ethic is also unnegotiable and needs to be respected.”

Earlier on Tuesday, an extraordinary house labour committee meeting was held where efforts to relieve the tension in education failed, as the government refused to withdraw the measures it announced last month aimed at the streamlining of state schools.

Following the meeting, government spokesman Prodromos Prodromou said that according to the decisions made by the cabinet in July, the finance minister agreed to increase the new teaching appointments by 159 teachers. “If the decision is cancelled or suspended, then we will not have those 159 in September,” Prodromou added. 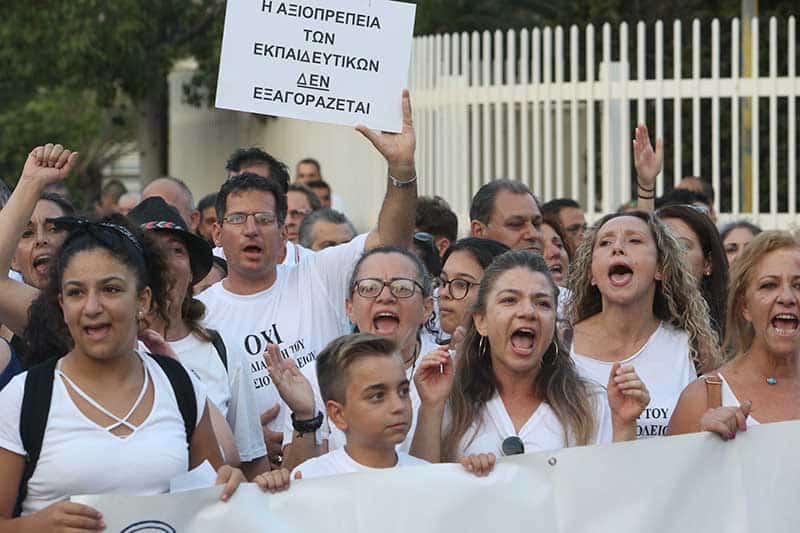 Greek PM touches up his cabinet ahead of 2019 elections