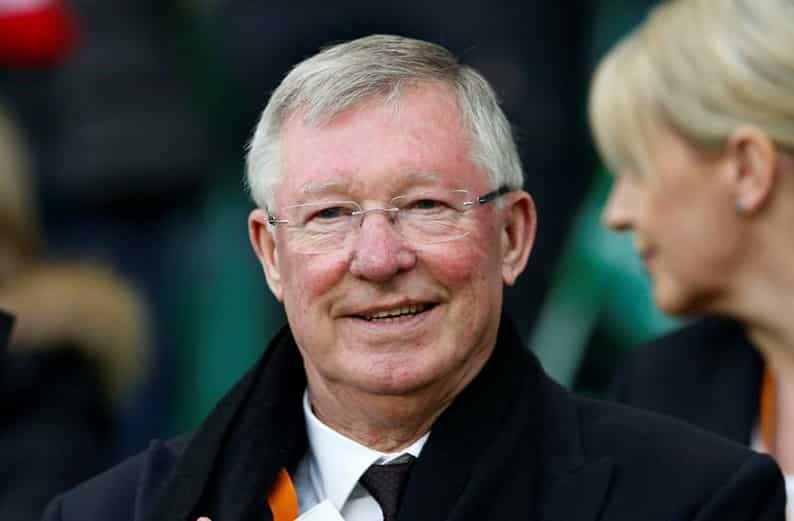 The most significant aspect of Manchester United’s 3-0 home defeat by Tottenham Hotspur on Monday was just how routine and ordinary it all felt.

United have suffered bad defeats at Old Trafford in the past of course, but usually the opposition have to produce a truly outstanding display to leave with such a result.

Mauricio Pochettino’s side played well but not astonishingly so. They waited for their moments and killed off the opposition. It was the kind of performance top Premier League clubs routinely put in against more modest teams.

Perhaps that should no longer be surprising.

In the five years since Alex Ferguson retired, United have gradually become, on the field at least, what many thought they would never be — just another club.

How has that happened? How have United, unlike their continental peers – such as Barcelona, Juventus, Real Madrid and Bayern Munich – been unable to maintain continuity as an institution during the inevitable change of managers?

The word legacy is over-used and sometimes mis-used in sport, but it is quite literally what was left by Ferguson when he stood down after 27 years, 13 league titles and two Champions League triumphs.

Ferguson filled the whole of the club with a winning culture but also, more concretely, a staff of people who had been deeply embedded in his approach to the game, who had the know-how, the experience and the intelligence to understand exactly how the Scot’s approach had brought so much success.

With little fuss or attention, those people have gradually left the club and with them went the connection to those glory-filled years and the culture of the “Fergie way” or the “United way” was weakened to the point where now it is almost nostalgia.

The exodus began when David Moyes, who had been expected to work with Ferguson’s staff quickly decided to remove them and bring in his own lieutenants from Everton.

So out went first-team coach and assistant manager Mike Phelan and his 14 years experience working alongside Ferguson, respected goalkeeping coach Eric Steele and Rene Meulensteen, the Dutch coach who Ferguson first brought to United in 2001.

There was surprise at Moyes’s cull but little public criticism at the time. One of the few to raise his voice was former Liverpool forward Michael Owen who had spent three years at Old Trafford towards the end of his career and witnessed how Ferguson’s staff operated.

“Change is always risky and United had no choice but to look to the future when Sir Alex left, but did it really have to be so wholesale?,” he asked in 2014.

“I was surprised when the backroom trio was asked to leave and in retrospect it upset the dynamic at the club even more than Sir Alex’s departure,” he said.

But the exodus continued.

Brian McClair, like Phelan a former title-winning United player, left the club in 2015 and with him went all his experience as reserve team manager and head of the club’s famous youth academy.

Former academy director and coach of United’s Under-18 team Paul McGuinness also left the club in 2015. During his time working with McClair, United saw 86 academy players go on to make a first-team debut and 23 become full internationals.

Both McGuinness and Steele are now working for England’s Football Association in coaching roles.

The list goes on: Warren Joyce, who had managed United’s reserve team from 2008, left in 2016 and Tony Strudwick, the head of performance with over a decade at Old Trafford, departed to work with Wales in June.

At Wales, Strudwick has teamed up with another man with vast experience, deeply imbued with the Ferguson approach – Ryan Giggs.

Giggs, who worked as Louis van Gaal’s assistant, is one of a number of former Ferguson-era players who might have been expected to continue as a long-term part of the United coaching structure — Paul Scholes along with Gary and Phil Neville earn their living as television pundits rather than developing talent at the Carrington training-ground.

Van Gaal’s staff have come and gone and Mourinho has brought in more new faces while the only nod towards the club’s past was the appointment of Michael Carrick as part of the first-team coaching staff.

None of this was inevitable. In the past, top clubs have proven capable of maintaining their internal culture despite changes on the bench.

Most famously Liverpool, after Bill Shankly’s transformative 15 years in charge, enjoyed continued success for many years by appointing from within.

United will never truly be “just another club”, their history and their huge fan-base ensure that, but while they remain a successful business they have done what no major company would do.

They have allowed their key talent to leave, taking with them all the experience and knowledge of what made the operation so successful.

All of which, regardless of Mourinho’s short-term future, will make refinding that success so much harder.

Unions in north to go on indefinite strike as of Monday