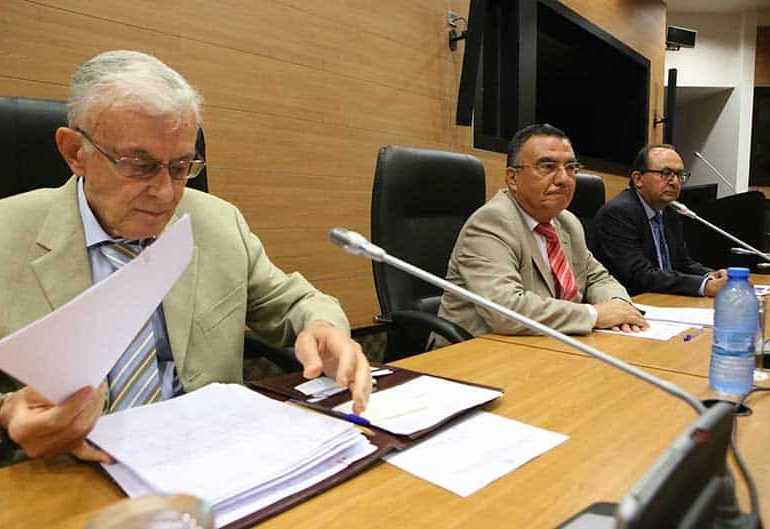 The Co-op committee in session

The chairman of the committee probing the demise of the Co-op said on Wednesday that it may fail to complete its work within the deadline after it emerged that key witnesses have been ordered not to reveal sensitive information.

Giorgos Aresti was speaking after the first witness from the central bank to appear before the committee gave his testimony.

Despite the witness’ omissions, Giorgos Ioannou’s statements made clear that while the Co-op’s supervisors – the Central Bank of Cyprus and the European Central Bank (ECB) – were concerned about events at the bank, the lack of scripted guidelines prevented them from intervening, according to the Cyprus News Agency.

Ioannou, a senior official at the central bank’s supervision division, who serves as sub-coordinator of the joint supervisory team with the ECB’s Single Supervisory Mechanism (SSM),  said that he could recall a meeting with former Co-op chief executive officer Marios Clerides after his resignation.

In that meeting, in the presence of the head of the central bank’s department of supervision Yiangos Demetriou, Clerides had explained that his decision to step down was prompted by corporate governance issues including interference in executive matters by the board of directors and its then chairman Nicholas Hadjiyiannis, Ioannou said.

The Cyprus Co-operative Bank, recapitalised with €1.7bn in taxpayers’ money, was compelled to sell its operations to Hellenic Bank in June after its failure to reduce its non-performing loans stock fast enough, wiped out is equity. The state-owned lender was jointly supervised by the Central Bank of Cyprus and the ECB’s SSM.

No minutes of the meeting were held, Ioannou said, adding that Clerides’ resignation caused concern as he is considered a notable banker.

While Demetriou may have informed governor Chrystalla Georghadji, as sub-coordinator of the joint supervisory team, he relayed the information to the ECB which invited Clerides to Frankfurt, Ioannou added.

The matter caused concern among the joint supervisory team and was taken into account in the bank’s annual evaluation, together with other serious matters related to corporate governance, Ioannou continued.

The joint supervisory team also met with former chairman Christakis Taoushianis and board members Giorgos Strovolides and Susanna Poyiadji, he said. He and Demetriou also met Poyiadji without SSM officials being present.

There was also a meeting with Adonis Pegasiou after the latter’s board appointment, he said without revealing additional details.

While the successive resignations of Co-op officials were causing concern among supervisors, prompting governor Georghadji to address letters to the finance ministry raising corporate governance issues, the supervisory authorities lacked any structured procedure to investigate resignations, he said.

Ioannou said that he was not aware whether the governor showed any interest in meeting former Co-op officials after they stepped down even though the head of the supervision department Demetriou, was kept in the loop.

Every co-operative credit institution acted more or less on its own which made the enforcement of central bank circulars more difficult, he said. The radical changes which had to happen quickly, did not take place in the desired degree and as fast as required.

Ahead of his testimony, Ioannou had presented the committee, appointed by Attorney-General Costas Clerides in early July, a letter from the ECB and the SSM, responding to an inquiry by the Central Bank of Cyprus.

But Wednesday’s testimony from Ioannou could not include information deemed confidential or sensitive concerning the ECB and the SSM but which could prove vital for the inquiry.

This prompted chairman Aresti to appeal at Central Bank of Cyprus to resolve the situation, according to CNA.

Resolving the issue is urgent as the committee which has to produce its final report within three months of its appointment, is running out of time, Aresti said. He added that a letter sent to Central Bank of Cyprus governor Georghadji remained so far unanswered.