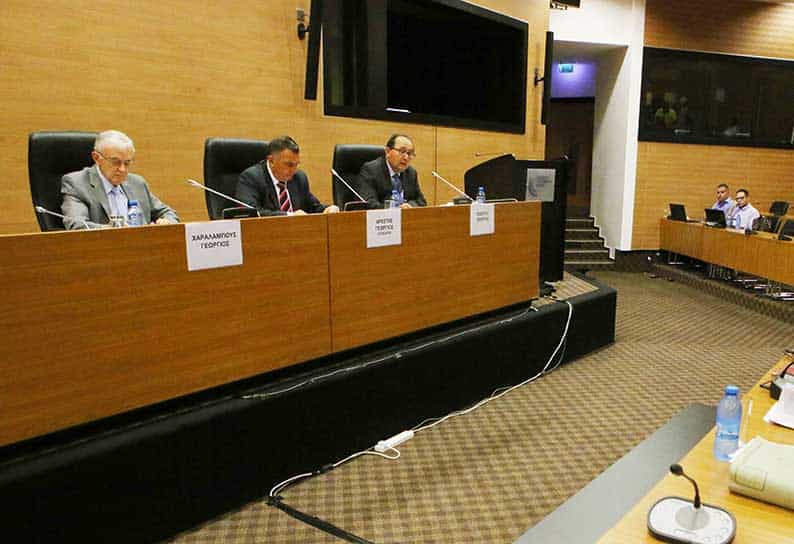 A finance ministry official who served on the Co-op’s board of directors said on Wednesday the lender went down mainly because of problems it had accumulated in the past and that the acquisition of its operations by Hellenic Bank had helped the economy.

The co-operative banking sector had a deficient supervisory mechanism before 2013 when it came under the supervision of the Central Bank of Cyprus, said George Panteli, senior official at the finance ministry. The following year it was also monitored by the European Central Bank’s (ECB) Single Supervisory Mechanism (SSM),

The supervisor constantly changed assumptions citing the Cyprus’ ineffective legislative framework in managing non-performing loans, said Panteli who was testifying on Wednesday at the committee probing the collapse of the Cyprus Co-operative Bank, appointed by Attorney-General Costas Clerides.

The lender, recapitalised in 2014 with €1.5bn in taxpayers’ money before receiving additional €175m the following year, was initially considered viable before events that occurred later changed the situation, he continued. When in November 2014, the bank was placed under the SSM’s supervision, the formulas applied every year to attest whether a bank was in need of new capital changed.

Also, the Co-op suffered from a lack of proper guidance, said Panteli, who was appointed to the bank’s board in March, tendering his resignation three months later.

In addition, the decentralised administration and the large number of independent co-operative credit institutions, the absence of credit standards, combined with the Co-op’s social role in extending credit to communities and clubs without evaluating their ability to repay, all took its toll on the bank, he said.

The co-operative banks, supervised until five years ago by the Authority for Supervision and Development of Cooperative Societies (ASDCS), lacked both internal auditing mechanisms as well as computerised systems or a non-performing loans management framework, he said.

The Frankfurt-based supervisor, Panteli continued, wanted the banking system to recover and was pressuring credit institutions to move towards the direction of a stable, adequately capitalised banking system without non-performing loans.

Various countries in Europe were also pressuring for a consolidation in the Euro area’s banking system to allow the completion of the banking union, he said without naming the countries in question.

The supervisor “aimed at further mergers in the Cypriot banking sector to create larger and stronger banks able to cope with challenges, hence we saw those decisions,” he said.

The agreement between Hellenic Bank and the Co-op, the product of its failure to reduce its non-performing loans fast enough which wiped out its capital, was beneficial for the economy, public finances and the co-operative credit system, he said. The deal, which provided for the sale of the Co-op’s healthy operations to Hellenic, helped stabilise the economy, reflected in three credit rating upgrades that followed.

The board of directors of the Cyprus Co-operative Bank approved the deal with Hellenic before forwarding it to the main shareholder for approval, he said, adding that the cabinet accepted the deal on June 15.

Panteli said that the plan to give 25 per cent of the Co-op’s stock to its customers for free, tabled by Finance Minister Harris Georgiades in late 2016, was prepared together with the European Commission’s Directorate General (DG) for Competition, which was monitoring the implementation of the bank’s initial restructuring plan according to the terms of its recapitalisation, before the supervisor raised objections and consequently put it on hold.

In response to a question over why the initial plan to reduce the government’s stake in the bank to 25 per cent via a listing on the stock exchange was not implemented, he said that that procedure had begun with the plan to donate a quarter of the bank’s stock.

The ECB and the SSM raised objections against the plan months later and in late 2017 proposed alternative solutions, he said. The supervisor suggested instead attracting investors via an initial public offering (IPO) before then proposing doing so via a private placement, Panteli said.

In the meantime, he continued, trust in the Co-op was beginning to wane towards the end of last year and reports about the onsite inspection scheduled for the beginning of this year, shook customer confidence which in turn sparked outflows in the range of €3bn.

The above reasons compelled the bank to speed up the procedure of finding investors assigned to Citi as time was running out and European institutions were pressing for a quick completion, Panteli said.

The finance ministry official dismissed the notion that time was wasted in trying to put forward the plan to donate stock on the grounds that DG Competition agreed with it.

Loans in arrears beyond 90 days stood at 40 per cent already before the 2013 crisis broke out, Panteli said and added that the bank was facing such big challenges that it would have taken time to tackle, a luxury the Co-op did not have.