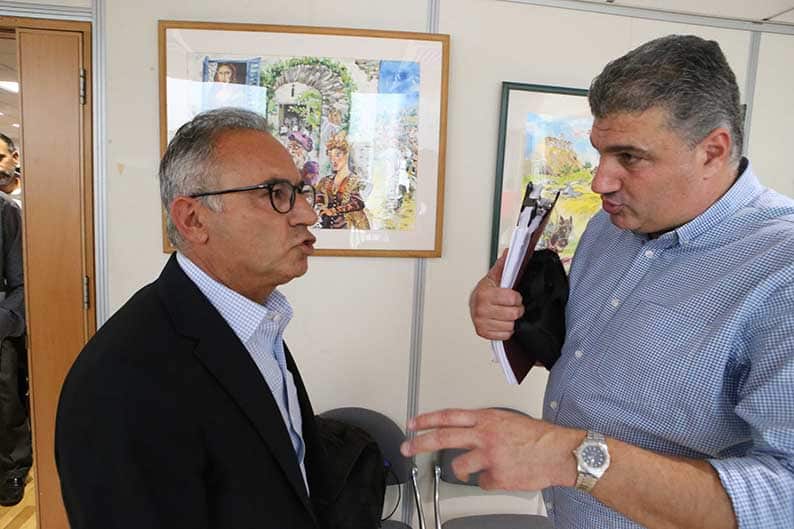 Following a huge protest march the previous day, the government on Wednesday invited teachers and parents to intensive talks on series of education issues with a set timeframe, as proposals were submitted by parties in a bid to break the protracted impasse.

“The government’s intention is to secure the smooth start to the new school year, which as a matter of fact, is decisive for the implementation of a series of reforms that have already been decided,” the presidency said in a statement.

The statement followed a march on Tuesday in which thousands of teachers and others took part to protest against reforms to streamline state education – which mostly focused on limiting teaching hour exemptions – that teachers say were decided unilaterally by the cabinet on July 4. The government said it respected the right of people to protest.

The spat between teachers and the government has been ongoing throughout the summer holidays and is threatening the smooth commencement of the new school year next week.

In its statement on Wednesday, the government said education policy was the responsibility of the state and was not limited to the working conditions of teachers but also the thousands of pupils, parents, and broader society.

“Nevertheless, we recognise that when drafting education or any other policy there must be a creative dialogue with interested parties and experts over the policy under discussion,” the statement said.

It went on to stress however, that dialogue cannot be conducted under the threat of measures “that can only hurt education, pupils, and society”.

The government reiterated its call to teacher unions and parent associations to take part in intensive talks with a set agenda and timeframe.

The statement listed 16 issues for discussion, including the system of teaching exemptions, a teacher and pupil evaluation system, secondments, health and safety, infrastructure, education of people with disabilities, sports facilities and further training of teachers.

Teachers did not immediately respond to the invitation though they have demanded withdrawal of the July 4 government decisions that triggered the spat.

In parliament meanwhile, MPs decided to postpone a joint meeting of the House education and labour committees until Friday to give time to the minister to convey party proposals to President Nicos Anastasiades.

Disy chief Averof Neophytou proposed resubmitting a government proposal tabled on August 23, which had been promptly rejected by teachers. Neophytou said it can be in effect until the end of the year while talks take place to resolve all issues.

The matter was discussed during a meeting at the presidential palace on Wednesday evening and reports said afterwards that it had been accepted by the government.

Along with Neophytou, opposition parties proposed suspension of the July 4 decisions and any strike or other measures decided by the unions.

That suggestion was rejected by the government since the decisions were already put into force after the rejection of the August 23 proposal and suspending them would create problems at the start of the year including staff shortages.

The August 23 proposals were filed after a three-hour meeting between Anastasiades and the unions and were seen as a compromise to the previous ones.

The proposals included reduction in the teaching exemption hours for a form teacher from two to one. At the same time, absence record-keeping would be undertaken by the school administrations.