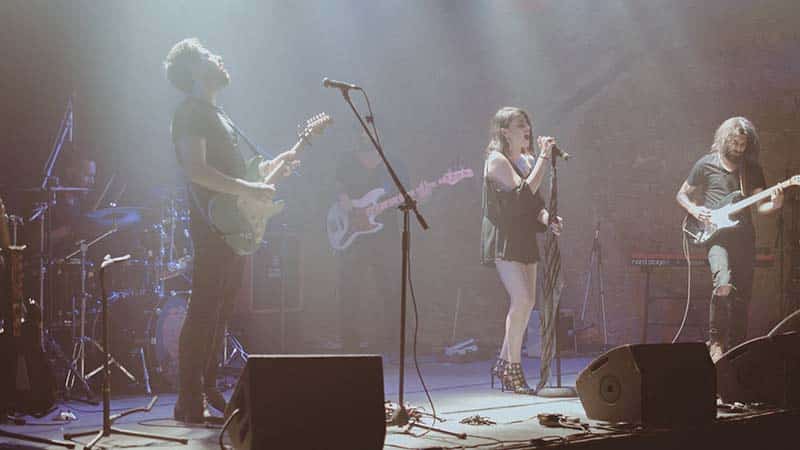 What makes a festival great? Regardless of the type of festival what makes it really great is the people behind it, its location and ability to include everyone.

The Limassol Acoustic Festival 2018, therefore, is a truly great festival because it will not only do all this from Friday until Saturday, but is also a free event. For the fifth year, the festival will prove why Limassol is gaining popularity as the musical capital of the country. Over the two days, it will stage 14 performance acts of different music genres and give visitors the chance to see and buy some unique handicrafts, view a photography and painting exhibition, buy vinyl, street food, cocktails and more. Also, as in previous years, the festival will also include representatives of the Dog Valley Rescue Centre who will talk about how the dogs can be helped and even taken home.

The festival will kick off on Friday with a very diverse line-up, including Kostas Apokides, Michalis Kontrovourkis and Julio.

Apokides is a guitar player, composer and lyricist from Limassol. He studied classical guitar in Sofia and has been professionally involved in music since 1997. He recorded his first album, Kosmologia, in 2011.

Kontrovourkis, from Larnaca, started his love affair with music at the age of ten when he first held a guitar. While he was a student, he played in local bands as a singer and guitar player. He is expected to make his first musical steps into the world of albums in October of this year.

Julio is a local rapper from Limassol who writes lyrics exclusively in the Cypriot dialect – something that makes him stand out on the local music scene. His lyrics, which are inspired by personal experiences, are direct and touch on socio-political issues. He is a founding member of Barco Pirata, an artist’s collective that was founded in 2017.

Saturday takes on more of a band feel with performances by The Smallest Creature, Magouda Kinousa and Black Anis.

The Smallest Creature is a four-piece band from Larnaca. With influences mainly from alternative rock, they have been praised for their captivating melodies and rich sound. The band released its debut album Million in November 2016 and is now in the stages of creating material for the next album.

Another band to rock the Limassol scene will be Magounda Kinousa, a six-piece reggae band that emerged on the scene in August 2010. The duo for the evening will be Introvert, an acoustic duo also from Limassol. The pair perform alternative tunes and original materials on the loops, electric and acoustic guitar.

Black Anis is a five-piece blues-rock band formed in 2016 in Nicosia. Their sound is defined as a distilled blend of southern blues-rock with 90s trip-hop elements, stirred cohesively into a solid soundscape. The name of the band was inspired by a breed of birds called Ani, which describes the uniqueness and the freedom of the species itself, as well as by the Arabic etymology of the word which is translated as companion, tender-hearted, and close friend.