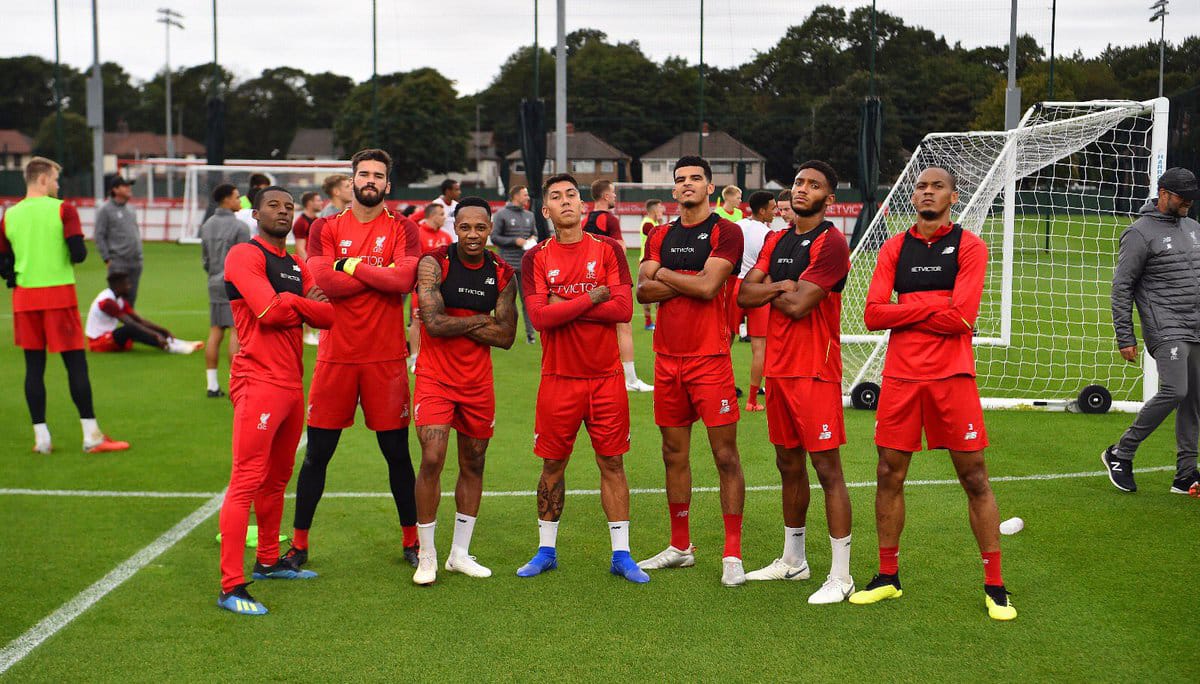 The Brazil international, who arrived this summer from Roma for a then £65m world-record fee for a goalkeeper, has yet to concede a goal in three Premier League victories

Liverpool goalkeeper Alisson Becker insists he only takes calculated risks on the pitch but warned fans with heart problems may be in for a tricky time.

The Brazil international, who arrived this summer from Roma for a then £65million world-record fee for a goalkeeper, has yet to concede a goal in three Premier League victories which have taken the Reds top of the table.

But it is other elements of his game which have caught the eye, primarily the use of his feet which was demonstrated in last weekend’s win over Brighton when he deliberately dinked the ball over the onrushing Anthony Knockaert and casually passed to team-mate Virgil van Dijk.

It was not the first such incident this season, or even in that match, and Alisson has warned supporters who have previously panicked when the ball was passed back to the likes of Simon Mignolet and Loris Karius it is something they should get used to.

“I have fitted perfectly in the team and in the team’s style of play,” the 25-year-old told ESPN Brasil.

“(Liverpool) like (the goalkeeper) to participate in the offensive phase and in shaping the game from the back.

“It gives me a lot of confidence to play with my feet and I have to be focused for 90 minutes.

“It is already calculated. I take risks. Fans with heart problems have to be careful!

“But on the pitch, as I said before, I do not try to make of fun of a rival. It’s not to show that I can do this or that, but to help the team. It is to achieve targets.”

Alisson’s style was one of the reasons Klopp was so convinced to bring in the Brazilian after just one season at Roma.

He communicated that faith to his goalkeeper on their first meeting and it is something which has stuck with Alisson.

“The chat I had with him is one of the things that left me more calm,” added the goalkeeper.

“He showed his interest in having me, not only the club’s interest but also his. It was a long interview despite my staggered English, but we understood each other well.

“He told me about how he works, how I would fit into the squad, how I also could grow personally here.

“He told me a little bit about the project – a project with a winning mindset.

“It’s a club that has everything to achieve big things. We have started the season very well, but we have to keep our feet on the ground.”

With the European transfer window closing on Friday, Liverpool still expect to offload a few more players following Sheyi Ojo’s loan to Stade Reims after signing a new contract with the Reds.

Lazar Markovic is interesting Standard Liege and Anderlecht, while there may also be late moves for Divock Origi and Pedro Chirvella.

Shaw and Lallana back in England squad for Spain clash

Medvedev pushing for return to top of world rankings