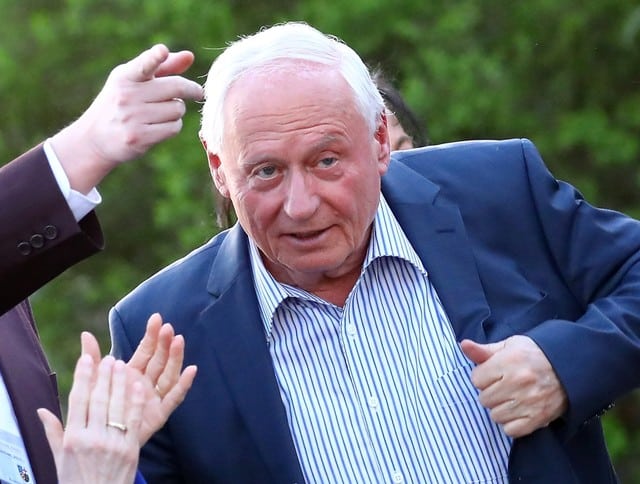 Bidding to stem the rise of the far-right AfD, Germany‘s left next week launches a grassroots movement aimed at emulating the success of Britain’s Momentum group which propelled hardliner Jeremy Corbyn to the leadership of the Labour Party.

Commentators are sceptical about its prospects, dismissing it as a vanity project for Germany‘s best-known and most divisive leftists – former finance minister Oskar Lafontaine and his wife Sahra Wagenknecht of the hardline Left party.

However, even before its Sept 4 launch, the movement has won some 50,000 online backers.

Aiming to cut across party lines and harness support from the Social Democrats (SPD), environmentalist Greens and radical Left party, Aufstehen (‘Stand Up’) describes itself as a force for social and democratic renewal.

“In the last decade, left-liberal parties have failed to forge a reliable alliance and develop a political concept to take power. They even lost protest voters to the AfD,” it says.

In last year’s election, the combined support of the three left parties was just 38 percent.

Like its British and French counterparts, Germany‘s SPD has been deserted by traditional voters after shifting to the centre in the last two decades, first with Chancellor Gerhard Schroeder and then by sharing power with Angela Merkel’s conservatives.

Analysts see limited comparisons between Aufstehen’s prospects and the success of Labour’s Momentum movement which helped the Labour party nearly triple its membership to 600,000 within two years.

“In Germany, anyone who is in the left camp can choose between the SPD, Greens or Left. In England it is more concentrated – you have to vote Labour or stay at home,” said Gero Neugebauer, a political expert at Berlin’s Free University.

Some commentators see more similarities with Jean-Luc Melenchon’s left wing populist movement in France. He won just under 20 percent of the vote in the first round of France’s 2017 presidential election.

Others point to Bernie Sanders, whose campaign in the United States complicated Hillary Clinton’s bid to be Democratic presidential candidate for the 2016 election.

Neugebauer doesn’t set much store by the initial flurry of online support. “If you go through a shop door and take a look, you can still leave without buying anything,” he said.

It is unclear whether it would even stand in an election but pollsters are dubious it could win back votes from the AfD, polling at around 15 per cent after capitalising on Merkel’s open-door migrant policy, but lacking a broad policy platform.

“I don’t see Aufstehen attracting AfD voters. They are people who have latent far-right tendencies,” said Forsa pollster Manfred Guellner, adding most would rather stay at home than vote for another protest party.

However, in addition to support from high-profile figures including former SPD Chancellor Willy Brandt’s son, the website has video clips from teachers, pensioners, mechanics and DJs.

“We need an initiative for the future, a vision for our country,” an internet economist named as Karl-Heinz tells the website, adding in a fast-changing world, people are scared.

One of the movement’s biggest obstacles is its founders.

While its leaders have not been announced, Aufstehen is the brainchild of Lafontaine and Wagenknecht. Loved by some hardliners, they have little broader appeal and are very much part of the political establishment they are criticising.

Lafontaine is a figure of hate in the SPD after quitting as Schroeder’s finance minister over welfare reforms and moving to the Left party, comprising some former East German Communists.

“The basic idea of Aufstehen isn’t bad, to help the left out of its problems, but if Lafontaine is behind it, I am highly sceptical about its success,” said Guellner.

Pedestrian dies after being run over last week in Limassol