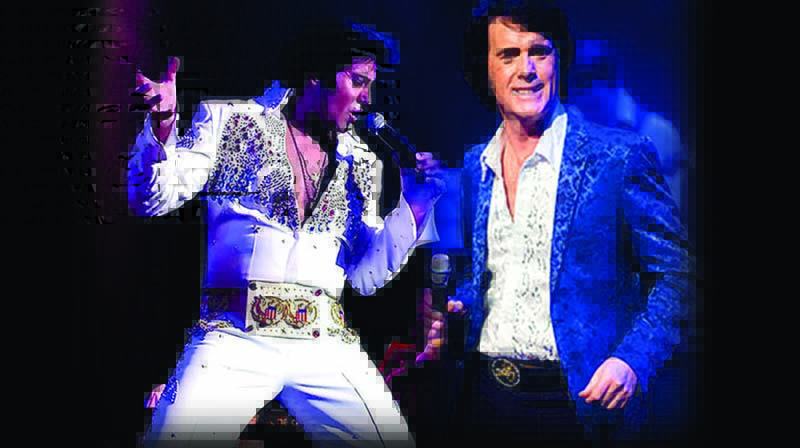 In the world of tribute acts, Marios Kombou is a name that keeps coming up time and time again. That is because he has been nurturing his art for a while now, and because audiences just can’t get enough of very entertaining tributes to some of the greatest singers of all time.

He will be at the Colosseum Restaurant in Paphos for a total of four performances in September. The first, on Saturday, will include Kambou paying tribute to Elvis Presley, Dean Martin, Tom Jones and other performers from the 1960s. He will then be joined by Fisher Stevens on September 7,8 and 9, when Kombou will again get his hips moving to the sounds of Elvis and Stevens will get us all beaming with delight when he reminds us of the greatness of Neil Diamond.

We all know the legend that hovers in the background of anything to do with Elvis. The heartthrob, singer, actor, you name it, performed at the Las Vegas Hilton Hotel 837 times between the years of 1969 and 1976. People are still talking about his performances today and his fanbase is still growing.

Kombou has been putting on Elvis tribute performances for over 20 years and his dedication to honouring the King was noticed by Donna Presley, Elvis’ first cousin, who has commented and shown support for the act.

While he was growing up he listened to the King’s songs. They inspired him to make entertaining and singing his career. He started out by performing other tribute acts in Greek restaurants until he saw someone else taking on the King and that was it, he was hooked. He started studying Elvis and found that the King also had a funny side, aside from his “supreme talent and the enormous physical energy he displayed on stage,” Kombou has said.

Stevens, whom we will also get to enjoy during the act entitled ‘Kings and Diamonds’, was the winner of the Grampians ‘Star in their Eyes’ 2001, and the first choice for the leading role in the Barbra Streisand and Neil Diamond European Theatre Tour in 2014 and 2015. During the tour, Stevens covered hits from the past five decades, including ‘Solitary Man’ and ‘Cherry Cherry’.

Having performed for over 18 years, Stevens has mastered an authentic tribute show with an extraordinary vocal range, a sense of humour and a stage presence sparkling with the sounds of all Diamond’s classics.

If you like a variety of performers to keep you company while you enjoy your meal, then Saturday will be the night for you to sit on the restaurant’s rooftop terrace and let Kombou take you away with tunes like ‘The Green, Green Grass of Home’ and ‘That’s Amore’. If you’d rather stick to the canonical work of two great popular artists, the King and the Diamond, then you have three days to choose from. But no matter which day you choose, the performers – and the singers they pay tribute to – are bound to be good company.