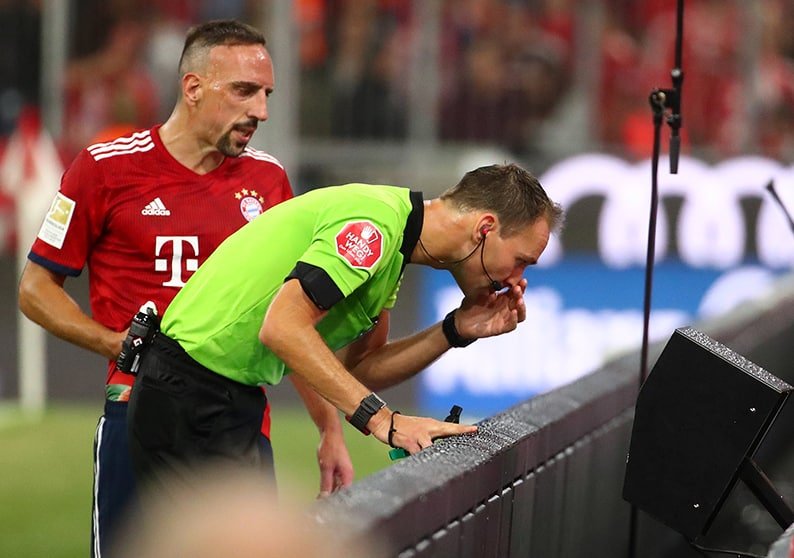 The new Bundesliga season is only one matchday old but it has already seen a string of controversial decisions that have put the video assistant referee (VAR) system in the spotlight.

Former referee Wolfgang Stark has been relieved of his duties as a video assistant referee after the system was at the centre of controversy relating to decisions in Saturday’s VfL Wolfsburg-Schalke 04 match.

A yellow card handed out to Schalke’s Matija Nastasic was changed to red in the 64th minute and, shortly after, a red card was replaced by a yellow for a Wolfsburg player after VAR intervention.

In the VAR system, a trained referee with access to a video monitor, and in constant communication with the main match official, checks decisions considered “match-changing”.

Stark, an international referee from 1999 to 2014 and who officiated in 344 Bundesliga matches until 2017, would not work as a video referee “until further notice,” the German Football Association (DFB) said.

VAR, in its second season in the Bundesliga, was expected to operate much like it did at the World Cup in Russia, an efficient support tool for referees to minimise potential game-changing mistakes.

But already its value is being called into question this season.

Hoffenheim coach Julian Nagelsmann was left fuming when VAR was not used to overturn the awarding of a controversial penalty when Bayern Munich’s Franck Ribery went down in the box in their match last Friday.

He was absolutely livid when, after Robert Lewandowski’s penalty was saved, the system intervened to order a retake as Bayern Munich’s Arjen Robben encroached into the box too early.

Lewandowski made no mistake with the retake to make it 2-1 before Robben added a late third.

“Why was VAR not used to see that it was no penalty in the first place,” Nagelsmann asked. “VAR? Where was it? Certainly not here.”

Even Bayern coach Niko Kovac acknowledged he “would not have given the penalty”, further adding to the controversy.

Early leaders Borussia Dortmund, buoyed by their 4-1 demolition of RB Leipzig last week, hope there will no need for VAR when they play Hanover 96 on Friday, with forward Paco Alcacer joining from Barcelona to further boost their firepower.

“We still need time to correct some things,” said new coach Lucien Favre, whose team is being seen as genuine title candidates.

“A lot of little things such as to read the game better, how we go into the tackles, all these details need a lot of time. We cannot just do it in five days,” Favre said.

Champions Bayern should have an easier task at VfB Stuttgart on Saturday, even with winger Kingsley Coman out injured.

Pedestrian dies after being run over last week in Limassol