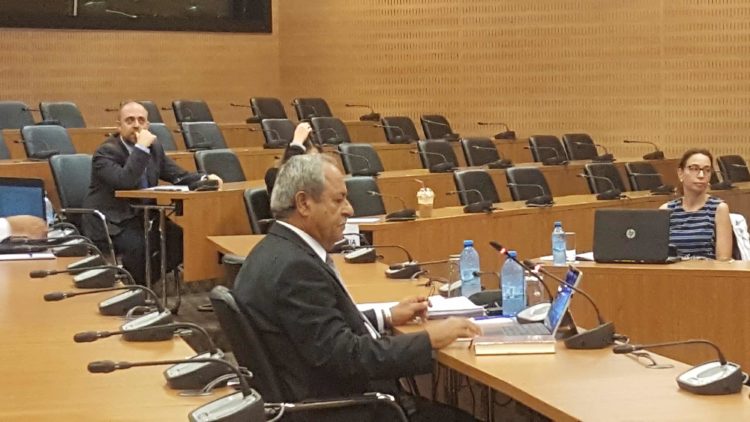 A member of the co-op bank’s board of directors told an inquiry looking into the causes of its failure that while initially the bank’s situation was chaotic its staff unskilled, it eventually managed to operate as a proper, competitive bank before supervisors forced it out of business, the Cyprus News Agency (CNA) reported on Friday.

A second board member who also testified on Friday, said that the Co-op could have survived if it had sold its non-performing loans while it was still in operation, which political conditions then did not allow, according to the CNA.

In the co-op, “everything was possible,” Giorgos Kittos board member and first witness to testify on Friday, told the committee, describing the irregularities.

An unspecified cooperative branch extended a loan to a 90-year-old woman with a 40-year maturity, while others accepted as collateral either overvalued properties or churches and cemeteries, he said.

“After the bank got its act together, serious irregularities were not observed; we became a bank like any other,” Kittos said. “We cleaned up the mud but unfortunately, the supervisors led us to this point”.

The Co-op was jointly supervised by the Central Bank of Cyprus and the European Central Bank’s (ECB) Single Supervisory Mechanism (SSM).

The bank the government bailed out in 2014 with €1.5bn initially before injecting an additional €175m the following year, did not operate as a bank at first and was under constant supervisory pressure, Kittos said.

The Cyprus Cooperative Bank was forced to sell its operations to Hellenic Bank after it failed to reduce its non-performing loans stock fast enough, which ultimately wiped out its equity.

Kittos, appointed to the board in October 2013, said that he was not aware of a list of written-down loans, submitted to the committee after the finance minister approved it.

Panicos Pouros, the second board member to testify on Friday, said that the Central Bank of Cyprus informed the members of the bank’s board of directors a year ago that the Co-op had to reduce its stock of non-performing loans by €1.8b to €5.4bn in eight months to avoid being placed in resolution.

Pouros, also appointed in October 2013, said that this target was beyond reach, which made him feel that whatever the bank did to either raise capital or reduce its delinquent loan portfolio wouldn’t have made a difference.

Blackrock, the US investment management company, proposed to the Co-op two potential companies, one of which was Altamira, to enter negotiations about the management of the bank’s non-performing loans, Pouros said and added that he personally proposed to explore whether strengthening the bank’s recovery unit with additional staff would be cheaper.

Pouros said that that there was a bad chemistry between the bank’s chief executive officer (CEO) Nicholas Hadjiyiannis, a childhood friend of Finance Minister Harris Georgiades, and his predecessor Marios Clerides and the same applied with Christakis Taoushanis who succeeded Hadjiyiannis as board chairman.

With Hadjiyiannis, there were differences of opinion with Clerides and Taoushanis, whom Pouros described as excellent economists, he continued.

On Clerides’s resignation in mid-2015, the consultancy firm Egon Zehnder was tasked with finding a new CEO and when it presented a list of possible candidates, it said that it would need long time for the selection, the board member added. Then, the finance ministry intervened arguing that the procedure had to be completed within two weeks ahead of the arrival of a troika delegation.

Then, Andreas Mouskallis, chairman of the Cooperative Central Holding Company whose stake in the Co-op shrank to below 1 per cent following its bailout, proposed Hadjiyiannis to succeed Clerides, which prompted Egon Zehnder to include him as an internal candidate and write a note saying “outstanding, stop the search (for) candidate,” Pouros sadded.

Clerides said in his testimony on August 3, that he resigned after he felt Hadjiyiannis had undermined him and together with the board interfered in executive affairs.

Kittos said earlier on Friday that while Clerides had told him that he stepped down for private reasons, he may have in reality resigned when he suspected that supervisors would give the bank a rough time.

He also said that with Taoushanis he had a good working relation though he expected more from the former chairman with whom he disagreed over the agreement with Altamira to manage the bank’s delinquent loans.

EU: clock is running out on summer-winter time change (Update)