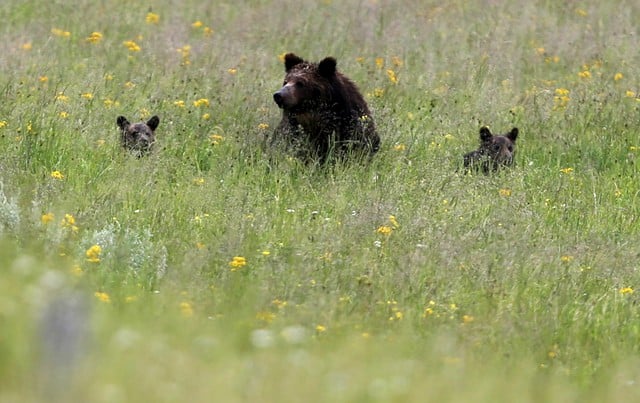 A federal judge in Montana on Thursday issued a court order temporarily blocking the first trophy hunts of Yellowstone-area grizzly bears in more than 40 years, siding with native American groups and environmentalists seeking to restore the animals’ protected status.

The 14-day restraining order by US District Judge Dana Christensen in Missoula, Montana, came two days before Wyoming and Idaho were scheduled to open licensed grizzly hunts allowing as many as 23 bears in the two states to be shot and killed for sport.

Groups opposing the hunts had sought a restraining order while waiting for the judge to rule on the larger question of whether the federal government should return Endangered Species Act safeguards to grizzlies in the greater Yellowstone region.

Christensen heard arguments from both sides on Thursday and took the case under advisement without indicating when he would render a decision. But in granting the restraining order, he said that the conservation and tribal groups had shown that they were “likely to succeed on the merits” of their lawsuits.

Wyoming and Idaho had been scheduled to open their newly established hunting season for grizzlies outside Yellowstone National Park starting on Saturday.

US law prohibits hunting altogether inside the park, and Montana has decided against opening a grizzly season, citing concerns about long-term recovery of a bear population that is arguably one of the most celebrated and photographed in the world.

The stage for grizzly hunting in the region was set in June 2017 when the US Fish and Wildlife Service announced that the large, hump-shouldered bears would cease to be listed as a threatened species in and around Yellowstone. That left grizzly management to the discretion of the states, and prompted lawsuits challenging the action.

The decision by the Trump administration on the de-listing, formally proposed in 2016 during the Obama era, was based on agency findings that the bears’ numbers have rebounded enough in recent decades that federal protections are no longer necessary.

Grizzlies in the Lower 48 states number fewer than 2,000 bears, compared to an historic high of 100,000 before extermination campaigns brought their numbers to just several hundred by 1975, when they came under the Endangered Species Act.

The de-listing decision last year applied to about 700 Yellowstone-area grizzlies in Wyoming, Idaho and Montana. Environmentalists argue that treating those bears separately from other grizzly populations in Montana and elsewhere was biologically unsound and illegal under the Endangered Species Act.

Renny MacKay, spokesman for Wyoming’s Game and Fish Department, said the state would abide by the court’s decision.

US wildlife managers did not immediately respond to a request for comment.

“It’s essential to protecting our religious and spiritual freedoms, and treaty rights in Yellowstone,” said Stan Grier, chief of the Piikani Nation and president of the Blackfoot Confederacy Chiefs. “This sacred being is considered to be a deity by many tribes, not a rug.”

EU: clock is running out on summer-winter time change (Update)