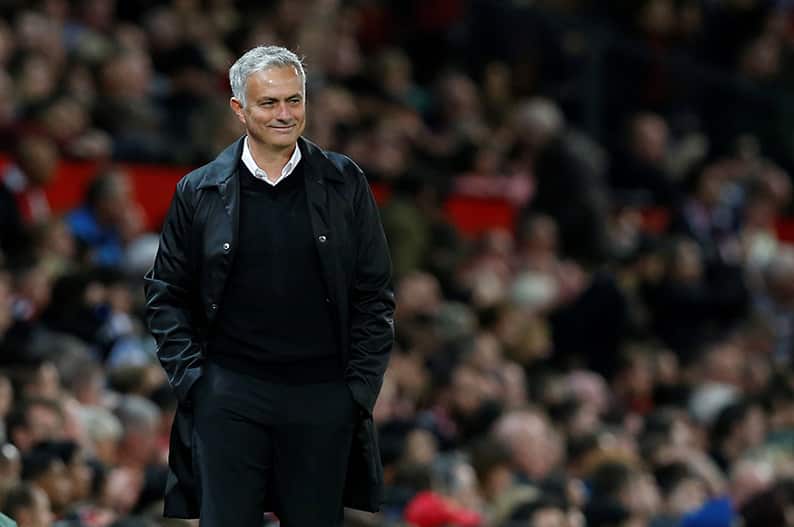 Manchester United’s Jose Mourinho said on Friday he remains “one of the greatest managers in the world” despite his team’s poor start to the Premier League season.

Mourinho demanded respect from the media after Monday’s 3-0 home defeat to Tottenham Hotspur, United’s second defeat in their opening three games of the campaign, and he continued the theme ahead of Sunday’s trip to Burnley.

“I have won eight titles. I’m the only manager to win in Italy, Spain and England,” he told reporters.

“Not small titles, proper titles, and my second place last season was one of my greatest achievements in football,” he said.

Mourinho won the Serie A title with Inter Milan in 2009 and 2010, the Spanish title with Real Madrid in 2012 and three Premier League titles with Chelsea. He also won the Portuguese league twice with Porto.

“I had last season great success. I had great success last season, that’s what you probably don’t want to admit. I analyse my performance myself, and for me it’s more important what I think than what you think,” he added.

Asked if he would still consider himself to be one of the greats if he failed to win a title with 20-times champions United, Mourinho said: “Did you read any philosophers? … Hegel says, the truth is in the whole. It’s always in the whole that you find the truth.”

Mourinho also explained his decision to stand in front of the fans at the end of Monday’s defeat and applaud them.

“In relation to me, I know the majority of the stadiums are used to the winning manager jumping around, go up to the crowd and putting his face in front of the camera. With me that is not happening,” he said.

“Normally when I win, I’m the first one to leave, but a defeat at home, an important defeat at home, that’s the way I am. I have to go to the pitch and see the reaction. The reaction could be both ways and it went a way where I felt really humbled and the team felt really supported,” he said.