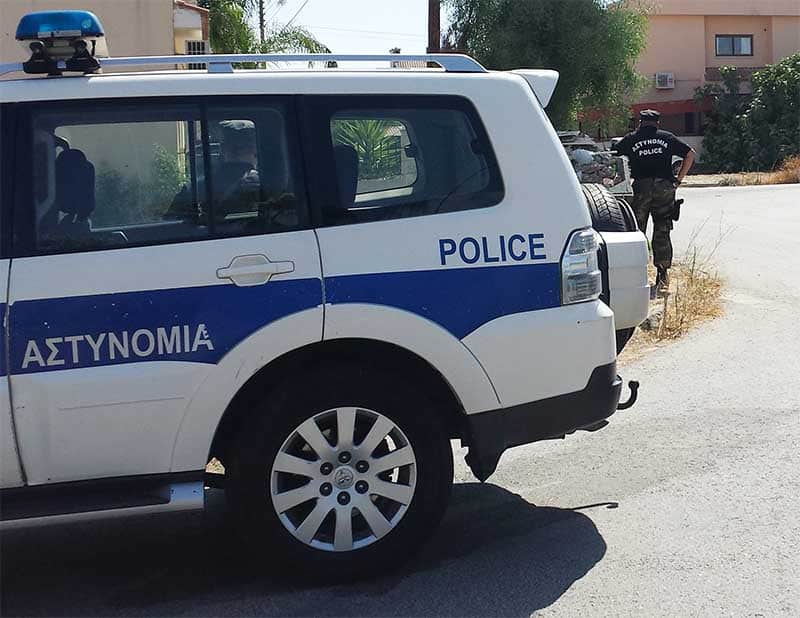 A 48-year-old could be in hot water after he had falsely claimed he was beaten by Turkish Cypriots at the village of Agridia in Limassol some 10 days ago.

Limassol police spokesman Ioannis Soteriadis told the Cyprus Mail that the man has given a new statement with a different version of the August 21 events.

“He was not beaten, and has already given a new statement with a different version of events,” the spokesman said. “It is now up to the attorney-general to decide how the case will proceed based on the new information given by the 48-year-old.”

The spokesman said: “there is a possibility that the 48-year-old will be charged for giving a false statement.”

Based on his initial account, police detained three Turkish Cypriots and a Romanian man who have been released.

The 48-year-old had claimed that he had been beaten after he spotted four men in a car with Turkish Cypriot number plates driving past his orchard and confronted them on suspicion of potential theft.

He said it was followed by an altercation during which the men wrested a crowbar he was holding and beat him with it.

Despite his claims, medical tests, including a CT scan, found that he had no serious internal or external injuries.

The suspects also denied his claims, saying they did not even get into a fight with the man.

They told police they were working on a construction site in the area and they had driven by the area and had also waved but there was no fight. Their account was verified by police.

In his new statement, the 48-year-old insists that he was beaten by four men, just not the ones the police arrested.

According to the new version of events, police said, the 48-year-old saw a group of four men descending a mountain slope on foot as he was driving in his car at a 10-minute distance from his orchard on the afternoon of Tuesday, August 21.

He said that he found their presence suspicious since there had been thefts in the past from his and other people’s orchards.

He asked the four men to stop and asked them what they were doing in that area and if they are thieves, but he received no answer.

He then chased them with a crowbar, which caused the four men to flee, but, according to the 48-year-old’s account, after running a distance of 100 meters, they turned around and ran towards him.

When he approached them, one of the men took him by the shirt and another took the crowbar from his hands, hitting him once on the head. He managed to get hold of the crowbar again, but it was once more taken out of his hands after which he received another blow to the nose.

In his statement, the 48-year-old said that in addition to this incident, he had also reported the car with Turkish Cypriot number plates on suspicion of possible theft, since cabbage and beans had recently been stolen from his orchard, while the area had also recently seen fires started by arsonists.

News podcast: Is the government doing enough for asylum seekers