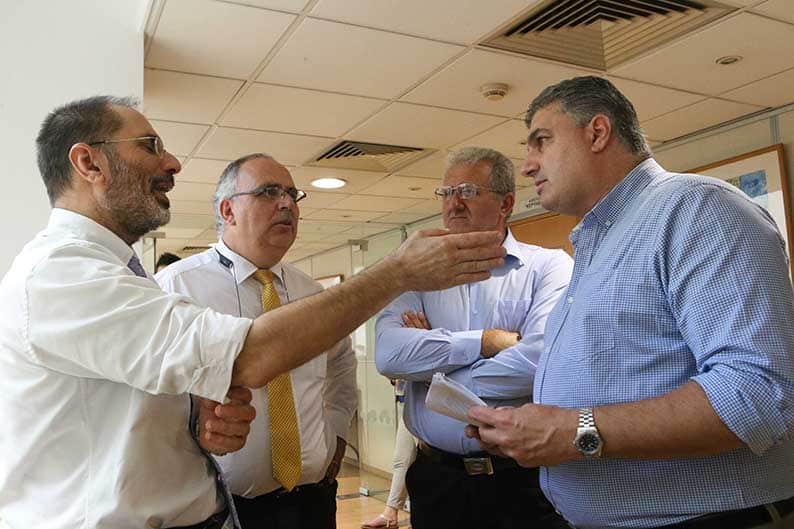 Teacher unions on Friday rejected a government compromise proposal that left room for controversial cabinet decisions, which had triggered a row, to be amended, as Education Minister Costas Hambiaouris appealed for the rhetoric to be toned down and intensified talks to resolve the problems.

According to the Cyprus News Agency, the three unions rejected the proposal during a joint meeting of the House education and labour committees.

The unions said there was no question of discussion as long as the government decisions were in place.

On Thursday, President Nicos Anastasiades said he was prepared to amend a July 4 decision that irked teachers and led to protests, provided it was warranted, amid an intensive dialogue based on a compromise proposal tabled on August 23 that had already been rejected by the teachers.

Following its rejection, the August 23 proposals were withdrawn and the government implemented the ones it had taken the previous month.

The spat has threatened to disrupt the smooth opening and operation of schools.

Speaking after the session, Hambiaouris said there was a need to tone down the rhetoric “and enter an intensive dialogue to enable schools to open under the best conditions.

The minister said the way out was the proposal tabled by the president on Wednesday “which I think all sides must adopt.”

He said it contained very positive elements that could resolve differences and urged unions to have second thoughts.

The unions did not make any statements after the meeting.

During the meeting, House President Demetris Syllouris expelled the deputy chairman of the secondary education teachers’ union, Oelmek, after he posted an offensive comment about the auditor-general on his Facebook page.

Pantelis Nicolaides, known for his militant manner, posted that the auditor was talking “nonsense” and “bullshit.”

Following his expulsion, the educator removed the two offensive words.

The crux of the matter are the July 4 cabinet decisions, which include hiring about half the teachers needed according to the pupil numbers.

The cabinet decided to hire some 160 teachers while the other positions will be covered by reducing the number of exemptions teachers and union brass used to get.

For instance, form teachers had their ‘free’ periods cut to one from two, and there was also a reduction in teaching periods dropped according to years of service.

Under the current system, primary school teachers have their periods cut by two to 27 after 15 years, and to 25 after 21 years.

They also provided that union officials would be obliged to teach and conduct union work outside school hours.

On August 23, following three hours of consultation with the unions, the government submitted an improved proposal providing that two officials from each of the three unions would carry on being completely exempt from teaching.

The proposals still included a reduction in the teaching exemption hours for a form teacher from two to one.

At the same time, absence record-keeping would be undertaken by the school administrations.

The reduction of teaching periods according to years of service also remained.

Man remanded after ‘winning’ €14,000 at casino with marked cards

Remand after two swindled out of nearly €40,000