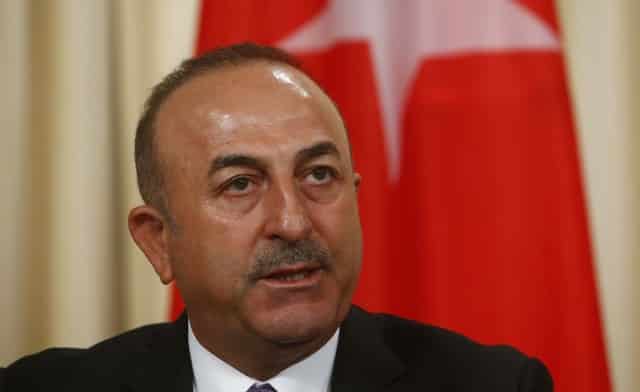 In an interview with Greek daily Ta Nea on Saturday, the Turkish diplomat said the Greek Cypriots behaved as if the entire island belonged to them.

“With their unilateral hydrocarbon exploration in the Eastern Mediterranean, they overlook the inalienable rights of Turkish Cypriots,” he said. “Just as they are not really ready to share power with the Turkish Cypriot side, they do not want to share the natural sources of the island.”

The Turkish FM suggested that a mechanism that would allow Turkish Cypriots to have an equal say in the decisions on hydrocarbon exploitation must be set up, reiterating his country’s warning that Ankara would not allow the Republic to carry on.

“Turkey has warned the Greek Cypriots from the onset not to take such irresponsible steps. If they still believe they have nothing to lose they are mistaken.”

Block 10 is not contested by Turkey which claims parts of various blocks in Cyprus’ EEZ saying the areas in question form part of its continental shelf. The claim includes part of Blocks 1, 4, 5, 6 and 7.

Turkish Cypriots signed a continental shelf delimitation agreement with Turkey in September 2011 declaring an EEZ which in effect claims that half of Cyprus’ EEZ belongs to them, including blocks 1,2,3,8,9,12 and 13.

In February, Turkish warships, on the pretext of conducting military drills in international waters off Cyprus, interdicted a drillship while it was en route to a site in block 3. The drillship withdrew after a two-week standoff.

Cavusoglu said resolving the island’s division was not linked to the hydrocarbon issue.

“We don’t have to wait for a solution to establish decision-making mechanisms on hydrocarbons. “Besides, the Turkish Cypriot side proposed setting up an ad hoc committee years ago, in 2011.”

Both sides have blamed each other for the collapse of reunification talks at Crans-Montana last year.

“They were not prepared to share power with Turkish Cypriots as equal partners,” he said, and insisted on “zero troops and zero guarantees” which led to “zero results.”

He said it would be a good idea at this point for the two sides and the guarantor powers – Turkey, Britain, and Greece – to have informal talks on what course to follow and agree on the issues to be negotiated.

“We believe that any future process should be based on the current reality on the island and the experience we gained from past negotiations. Such a process must aim at realistic expectations and viable results.”