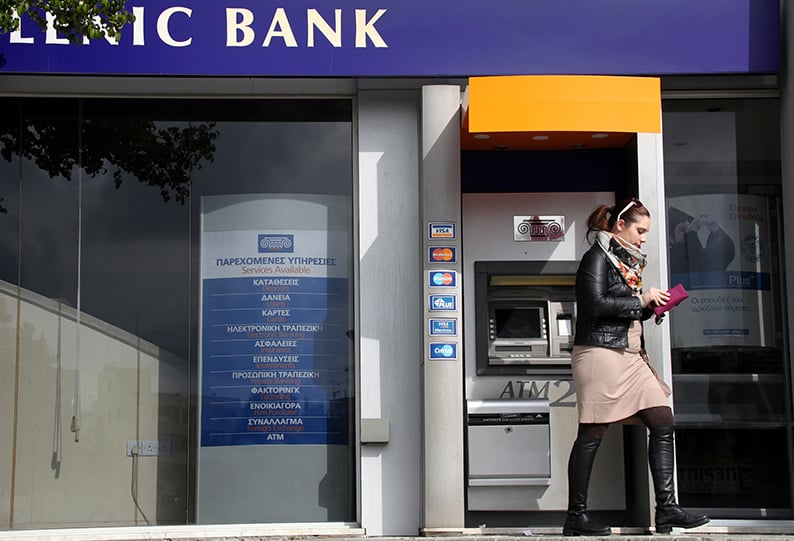 The summer of 2018 has brought cataclysmic changes to the Cypriot banking system.

They ended the operation of the Co-op and compelled the parliament to finally act, paving the way for a massive reduction in non-performing loans in the system, which is massive progress towards financial stability.

The acquisition of the Cyprus Co-operative Bank by Hellenic Bank, the transfer of the residual assets to a government-owned subsidiary asset management company (AMC), the sale of a large amount of non-performing loans by the Bank of Cyprus and the modernisation of legislation to tackle strategic default, have — for the second time in five years – reshaped the banking system.

Yet, both the troubles within the banking system and the economy are far from over as they will continue to face challenges policymakers should not underestimate, two University of Cyprus academics have told the Sunday Mail.

“Removing delinquent loans from the other side of the balance sheet by transferring them to a more patient entity, can help reduce the risk and stabilise the banking system,” said economist Marios Zachariadis.

But while the removal of delinquent loans out of the “impatient” banking system is a positive development, they do not entirely disappear and “remain in the economic system”, he added.

For instance, those bad loans remaining with the legacy Co-op could, depending on how they are managed, potentially affect public debt, which in July peaked, mainly as a result of the government’s efforts to complete the deal with Hellenic Bank to €21.6bn, roughly 107 per cent of economic output, he said. This in turn, could also have an impact on banks, especially those holding government bonds, he added.

For borrowers “not paying back their loans to the bank, it is less likely that they will do so with an AMC,” Zachariadis said. “So, unless we handle this non-performing loans’ management body very efficiently, the problem of non-repayment of loans increases. It may even create expectations that decrease repayment of loans within the banking system.”

Zachariades added that the consolidation in the banking system that ultimately led to an oligopoly, with Bank of Cyprus and Hellenic practically controlling seven tenths of the market, may not necessarily lead to less competition.

“There is some concern related to the market position of these two major banks, which is something that Cyprus is accustomed to, and the competition watchdog should monitor them closely,” he said. “But this is a contingent secondary problem.”

His colleague, financial economist Andreas Milidonis, said that the two largest banks will continue to face challenges in the future, some will be general, often a result of government policies. Others are bank specific.

Hellenic Bank, for instance, which has become the second-largest bank on the island after absorbing the Co-op’s healthy operations which tripled its balance sheet’s size, will see its non-performing loans reduced to around a quarter of the total, “which is a step in the right direction”, he said.

Still, the largest challenge Hellenic Bank, which together with the Co-op’s operations agreed to employ up to 1,100 of its staffers, faces is merging different organisational corporate cultures into one, he said.

Indications about the difficulties in successfully completing a merger can be found in testimonies given in recent weeks by Co-op officials to the committee investigating the failure of the state-owned Cyprus Co-operative Bank — itself the product of a merger of 18 co-operatives last year. A number of witnesses also referred to a deficit in skills amid its workers plus the lack of sophistication of its procedures, which may further highlight the risks facing Hellenic.

The Bank of Cyprus, on the other hand, is expected to reduce its non-performing loans ratio to 26 per cent by 2020, Milidonis said.

Last week the bank got a thumbs-up in the form of an upgrade from Standards & Poor’s – which cited the sale of non-performing loans at a price close to their book value after provisions and the lender’s intention to further boost its capital with the issue of a €220m security, even with a coupon price of 12.5 per cent.

“But even after the important steps the bank has made, it has still a long way to get close to the European Union target of a non-performing loans ratio of 5 per cent or below,” he said.

On the other hand, RCB Bank, which also had its rating upgraded last week by Standard & Poor’s, enjoys a strong capitalisation which combined to its good asset quality and profitability, makes it stand out compared to the two other systemic banks.

Another risk, Cypriot banks may be facing may result from Estia, the government scheme designed to help banks collect from non-paying borrowers, he said.

“It was presented as scheme to help cover the needs of vulnerable groups and not only,” Milidonis said. “Nothing has changed in it since it was announced, but it has to change as 44 per cent of the programme will cover social groups that cannot be considered that vulnerable. Borrowers with sufficient income and assets could repay their loans by changing their way of life.”

Therefore, while Estia is likely to help make delinquent loans performing in the short term, it is also likely to “become the source of moral hazard that will generate and adverse long-term impact”, the financial economist said.

Milidonis also warned about the impact of the government’s Golden Visa scheme, which allows foreigners investing as little as €2m in mainly real estate to acquire Cypriot citizenship.

While the scheme was able five years ago of helping to jump start the economy when it plunged into a deep recession caused by a twin fiscal and banking crisis, “now it has to be reduced or changed significantly,” he said.  “The government has to launch initiatives with a longer-term impact on the economy. We have indeed suffered a blow in our credibility following all these reports in the press or those prepared by government agencies, especially in the US.”

His references may apply to the content of a US Treasury report dated August 6. The document described Cyprus as a “jurisdiction of concern” which is at “elevated” risk level of laundering illicit Russian funds. The Cypriot “permissive citizenship by investment programme” combined with its weak regulatory and supervisory framework, is “exploited by illicit actors” to set up front companies and access the global financial system, according to the US Treasury.

“Restoring credibility takes longer than to destroy it,” Milidonis said. “Trust arrives on foot but leaves on horseback. We need important steps to regain the confidence of the markets and governments which directly or indirectly influence global markets.”

He said that it was an encouraging sign that the island’s banks and policymakers are beginning to react positively to EU directives and guidelines, and they should continue to be ready to adjust to new situations.

“Let’s keep in mind that our banking system undergoes changes every few months and it is hard to forecast what regulators decide that will force banks to take additional measures,” Milidonis added.