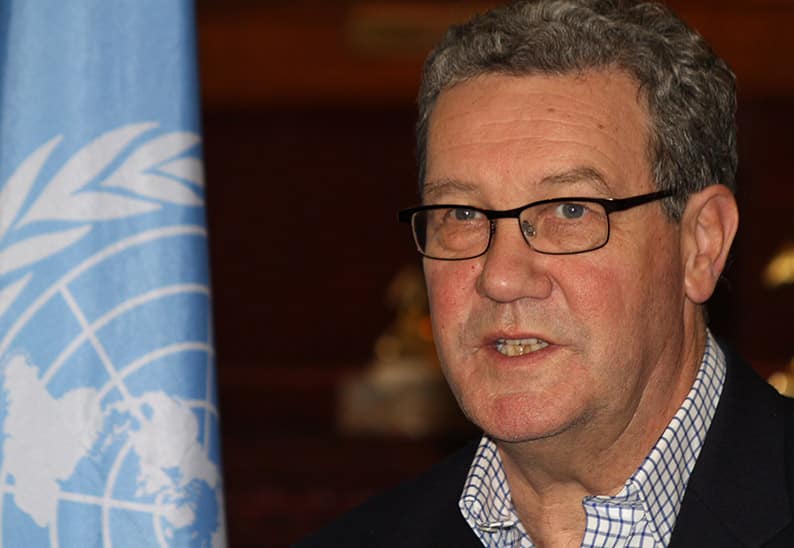 Over the last few months, tensions have been building over the Cyprus government’s plans for the natural gas reserves in the Cyprus Exclusive Economic Zone (CEEZ),  the exploitation of these resources and the utilisation of revenues.

A major factor in the build-up of tension is the fact that UN-mediated Cyprus talks have stalled for more than a year now. Talks tend to have a calming effect because nobody wants to be blamed for upsetting the peace process. Yet, since at least 2012 progress has been made on the federal finances of a united Cyprus including the distribution of revenues. The exploitation of natural resources (including hydrocarbons) has long been agreed to be a federal function.

The discovery of natural gas in the Aphrodite field (block 12) and the initial but unconfirmed assessment of the Calypso field show that Cyprus’ hydrocarbons would provide additional financial revenues to help finance the implementation of a Cyprus settlement, and benefit the whole population, both Greek and Turkish Cypriots.

It is therefore in everyone’s interest to concentrate on restarting negotiations for a Cyprus settlement, allowing the oil companies, which are spending millions on finding the natural gas reserves, to do their job unhindered. The peace process should not be disrupted by making demands related to hydrocarbons when in essence at least the revenue aspects of a federal government and their distribution to constituent states have broadly been agreed in the talks.

The tensions have increased because of the Turkish military intervention which prevented drilling in block 3, but also because Mustafa Akinci, the Turkish Cypriot leader, has recently stressed that the hydrocarbon issue should be brought up in the Cyprus talks, and appeared to call for an equal distribution of the resulting revenues between the two communities. Such a demand ignores the agreement achieved in the talks on the demographic composition of the population (20 per cent Turkish Cypriots, 80 per cent Greek Cypriots) and the enormous costs of planning, drilling and developing the sites.

The Greek Cypriot leadership has also contributed to the tensions by proceeding with the hydrocarbon policy and ignoring the Cyprus talks, even though they were at a crucial stage and there were realistic assessments that a Cyprus settlement was within reach (see the UN secretary-general’s report).

Last year the finance minister, Harris Georgiades, submitted to the House of Representatives a bill covering the establishment of an investment fund for revenues from natural gas, to be operated on the same principles as the Norwegian fund. The finance ministry estimated revenues of €600 million a year, but no one has seen how the calculations have been made. High revenues are of course possible if you withdraw all the natural gas in say five years, but normally you would plan for full utilisation within 20-30 years, though the oil companies would want to get their money back and profit sooner than that implies.

By presenting the proposal for such a fund Georgiades is clearly more interested in essentially developing the US and EU economy, rather than financing a Cyprus settlement or encouraging economic convergence, a major objective of a Cyprus settlement. This arises because the proposed fund would be managed by international investment advisers who know little about Cyprus and prefer to invest in international companies, stock markets and known investment markets.

It is remarkable that no politicians on the island have bothered to check the convergences on the issue achieved in the Cyprus talks. The Downer Convergences covering the talks from 2008 to 2012 refer to the following:

There is, therefore, a broad area of agreement in the Cyprus talks on the manner with which hydrocarbon revenues will be distributed between the two constituent states and it will be very much in the Turkish Cypriots favour.

Costas Apostolides is the co-founder of Pax Cypria, Cyprus Institute for Peace