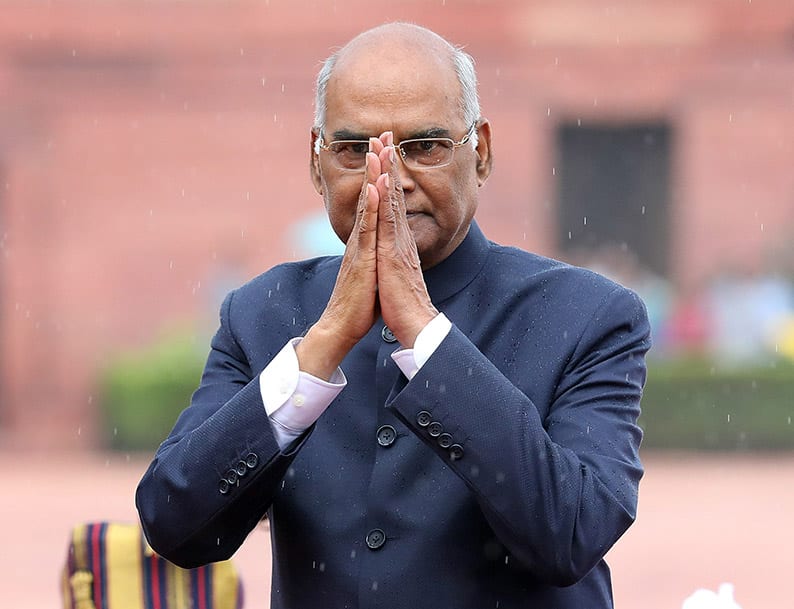 The two countries have been of extensive mutual support in international forums over the years and during this visit, the two sides are expected to finalise a number of bilateral agreements.

During the evening, the president will be meeting members of the Indian diaspora in Cyprus at the Hilton hotel.

On Monday, he will be received by Anastasiades during an official ceremony at the presidential palace. The two will have a private meeting, followed by official consultations with the delegations of both sides.

Nicosia and New Delhi are currently working on the finalisation of four to six bilateral agreements, expected to be signed during the visit.

Later on Monday, Kovind will pay his respects to the bust of Mahatma Gandhi next to the House of Representatives, in the presence of the House Speaker Demetris Syllouris.

In the evening, Anastasiades will host an official dinner in his honour.

On Tuesday, Kovind will meet with Archbishop Chrysostomos and will later give a lecture at the University of Cyprus, speaking on “Youth, technology and ideas”. His speech will be followed by the unveiling of the bust of Rabindranath Tagore, an Indian Nobel Laureate of 1913.

He will be accompanied by a minister, two members of parliament and two secretaries from the ministry of external affairs and the president`s secretariat, as well as other officials.

Relations between India and Cyprus have been traditionally very close. The Indian military has participated in United Nations peacekeeping operations in Cyprus on several occasions and three Indian generals have served as commanders of the United Nations Peacekeeping Force in Cyprus since its creation in 1964.

Indian president VV Giri visited Cyprus in July of 1972. It was during this visit that the Cypriot government unveiled the bust of Gandhi that was installed in the municipal park near the parliament house.

Perhaps the most memorable visit by a high-ranking Indian official in Cyprus was when Prime Minister Indira Gandhi visited Cyprus in September 1983. It was during this visit that the avenue on which the House of Representatives is located was named after the first prime minister of India – Jawaharlal Nehru.

President R Venkataraman made a visit to the island in September 1988.

The latest visit of a high-ranking official from India was that of president Pratibha Patil who paid a state visit to Cyprus in October 2009.

Teen from New Mexico compound says he was trained for jihad