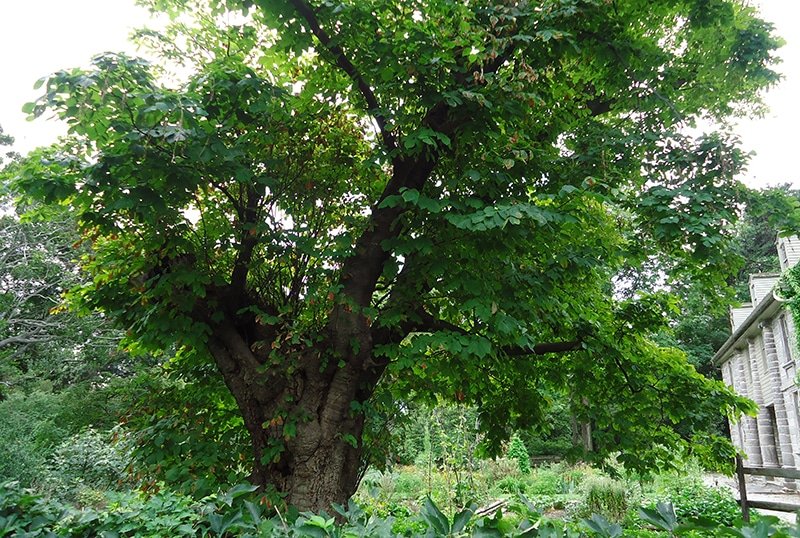 Gardeners in the northern hemisphere will breathe a sigh of relief when this very hot summer is over. On a recent trip to the UK it was so sad to see that England was no longer that ‘green and pleasant land’ in William Blake’s mind. Looking down from the air it was a sight that no-one would care to remember. The lack of rain and burning sun caused in some cases irreparable damage and it will take a long time to recover the cool and greenness that people have to come to enjoy there.

Here in Cyprus hot, dry summers are par for the course, and we have had high temperatures again this summer with needless fires, caused mostly by neglect. I watched daily as the local goatherd moved his sheep and goats across the barren slopes not far from where I live and wondered just what there was for them to feed on, as any new seedlings of trees or shrubs had been devoured long ago. True, we have had an occasional five-minute shower lately, but the earth is so parched, that most of it evaporated before it could do any good.

In such a small island as Cyprus is, temperatures vary greatly from west coast to east coast and north to south. Our intense Mediterranean climate gives us the hot dry summers that we have come to expect. In coastal towns, due to prevailing winds, temperatures are generally much lower than in central areas, while the Troodos mountains draw visitors eager to get away from the heat. Altitude plays a major part here and can lower temperatures by about 5C per 1,000 metres elevation. However, it has been reported that all temperatures are rising, while precipitation is decreasing, so not a good outlook for those of us who like to garden here.

Some figures regarding temperatures and rainfall over the last 20 years reveal that despite many people remembering that 1996 was a very hot year, it was actually 1998 that was the warmest in Cyprus, as well as globally. On the other hand, the highest precipitation here was during the years 2001-2003 and I remember it well! The garden never looked so good!

So what can we do then to help alleviate this problem? 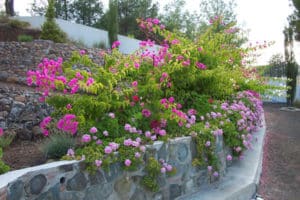 Take a shower instead of a bath and save the first cold shower water in a bucket to use for watering plants or flushing the toilet. Dry laundry out of doors so as not to use electricity needlessly. Compost vegetable and fruit scraps and when mature, dig it into your beds to improve the soil and help it hold moisture. Plant more trees – encourage your local community to have tree planting days during the winter to halt soil erosion and provide ecosystems for other creatures. Trees absorb carbon dioxide and release oxygen and one large tree can supply a day’s oxygen for four people!

There are a lot of things that you shouldn’t be doing until it gets considerably cooler. The tops of many shrubs have been singed by the sun but resist cutting them back for the moment or you will expose new growth to the sun and lose that too. We have been lucky here in that we have not had large infestations of mealy bugs this year, due to the vigilance of the under-gardener who keeps his eye out for them whilst dead-heading the hibiscus hedge every morning. Having tried various insecticides, I recently tried a ‘recipe’ for nicotine insecticide. According to John Seymour of The Self-Sufficient Gardener and a great advocate of making ordinary things work for you, this strong poison should be used with great discretion as it may kill useful insects as well. The recipe is to boil 4oz (114g) of cigarette ends in a gallon of water (4.5 litres). Strain and bottle this and then dilute it – 1 part in 2 parts of water and spray. Being a non-smoker and not relishing the thought of picking up stray fag ends, I dried some leaves from my nicotiana plants and even with a huge pile of them could only accumulate one ounce, which I boiled up in a litre of water and it eventually gave me ½ litre of brown juice. I wait to see how it works!

Potted plants suffer during these hot months and need your constant attention. Pelargoniums from South Africa are such good plants to grow here. They too can suffer from mealy bugs if they become congested, so remove some of the thick growth in the centre of the plant to let in some air. This will also discourage botrytis as well, which is a furry mould that also likes damp humid places to hide in. Continue feeding them once a week with a soluble feed – ‘One’ fertiliser is good for potted plants – a capful in 10 litres of water will feed several pots. Ivy-leaved pelargoniums that trail so beautifully down walls or the front of verandas also benefit from a weekly feed. Dead-head them regularly as you don’t want them to make seeds.

My chasmanthe plants (known here as Cyprus Monbretia, but that is an invalid name), did not flower this year which was probably caused by not being split up for some time. They really do need to have this done on a regular basis. When the foliage dies off dig them up and remove the old growths on the bases by prising them off with a garden knife. The last time I did this I harvested over fifty corms, some of which were replanted before they began to shoot. Other South African favourite plants, agapanthus may not have flowered either. Despite what you read about crowding them together to make them flower, they may need some extra feeding with a tomato or rose food. Too much nitrogen will only give you lots of leaves.

Later in the month, the first Coptic Winds will be coming through the island, which may just bring us a shower of rain as well, so a walk around the garden mid-month checking stakes and trellises is a good idea. Sadly, there will not be enough rain yet to thoroughly wet the ground, so don’t plant any winter veggies this month. Plants or bulbs planted in dry ground will not make roots. Now is the time to enrich the soil though by adding in any compost from your bins or heaps to help it to be able to hold any moisture and encourage maximum growth in your plants.

Plant of the Month Portaluca grandiflora

Known in some places as the Moss Rose or Eleven o’clock Rose due to its regular flower-opening time, this small annual plant, growing only to 15-20cm in height, is a must for hot gardens. The fleshy leaves grow on trailing stems and are small and pointed. The rose-like flowers appear in the bright midday sunlight and can be red, yellow, white, orange, purple or pink and some seeds produce flowers with double rows of petals. 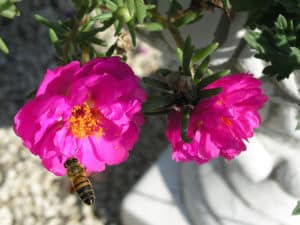 In temperate climates, portaluca is grown in sunny borders as an annual bedding plant. In Mediterranean gardens, it can also be grown in planters and hanging baskets, where the stems and flowers droop elegantly over the edges. Beware though that hanging baskets can dry out quickly, but do not over-water the plants or they will wilt and die. Deadhead frequently, so as to encourage more flowers to appear.

Mostly grown from seeds, this pretty addition to your garden can be sown directly into the soil or seed trays where they should quickly germinate. When you can grasp the tray-grown seedlings, transfer them to a 9cm pot and then into the garden later, as they grow and have a good root-ball. It is also possible to take cuttings from mature plants. Be aware that portaluca, coming originally from tropical climes, will not survive frosts.

The rule of law on the high seas