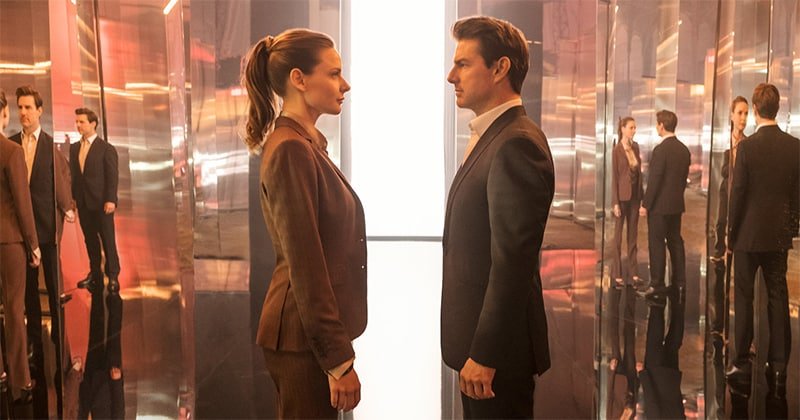 The IMF stands for Impossible Missions Force (not International Monetary Fund, as I never tire of pointing out), and Mission: Impossible – Fallout, the sixth film in the franchise, comes loaded down with at least two such missions. The first is to succeed as a pure action movie in a marketplace dominated by science fiction and fantasy, superheroes and comic-book exploits. The second is to match – and outdo – the previous films in the franchise, especially its high-water mark Mission: Impossible – Ghost Protocol (2011).

In both cases, it’s mission accomplished, albeit not quite with the only-in-the-movies élan that Ethan Hunt (Tom Cruise) might’ve brought to the job. Fallout doesn’t have the emotional heft of Ghost Protocol, though it tops it in every other way. The film was successful at the box-office, but it should’ve been more successful (it’s currently the 10th biggest film of the year, having made about a quarter of the grosses of Avengers: Infinity War). Turns out impossible missions can’t be pulled off in real life as devastatingly as they are by the IMF. No matter. This is still among the greatest action movies of the decade, possibly ever.

Fallout’s trademark trait is its ambition, the way it keeps upping the ante. A normal action flick might have a nuclear bomb counting down at the climax, but this one has two bombs. Moreover, the bombs have been designed so that trying to defuse one bomb will instantly trigger the other! This impossible mission is made slightly more possible when Ethan and Co. find a key that can be removed from the detonator (assuming they can somehow get hold of the detonator), allowing the bombs to be safely defused – but the catch is that the key must be removed, and both fuses cut, only after the countdown has started; so the mission is impossible again. The film is engaged in a constant game of can-you-top-this?, setting itself audacious challenges and executing them with panache.

“The IMF is like Halloween,” scoffs a hater, “grown men in masks playing trick-or-treat” – a reference to the latex masks which have always been part of the toolbox – but it might be more accurate to say that the IMF (or Fallout, at least) is like New Year’s Eve, a wall-to-wall party whose sole aim is its own relentlessness and obsession with being memorable. And there’s something else, too: New Year’s Eve has a tinge of valediction, saying farewell to the old year – and Fallout too has an element of saying farewell, because Tom Cruise turned 56 in July. He’s the lynchpin of the franchise, but it takes a few years to produce one of these things and it’s far from certain that he’ll still be up for another one, especially since he does his own stunts (he broke his ankle while shooting Fallout). That’s the gimmick, prominently hyped in the marketing – but it’s not just a gimmick, it also represents the obsessive care that Cruise, as star and co-producer, lavishes on Mission: Impossible. Ethan Hunt speaks to his dynamism (vanity? narcissism?), the fearless quality that makes him a movie star, the self-abnegation of the zealot whose childhood ambition was to be a priest – and perhaps the emotional distance which many have noted in real-life Cruise.

The emotional side is the only stumble in Fallout. There’s a subtext of sorts, Ethan a softie who’ll always choose to save one life over millions (he’s unable to kill in cold blood, cf. the ugliness in last week’s Mile 22) – his compulsion to save others stemming from guilt over not having saved his beloved Julia – but it’s never spelled out very clearly. No matter. The film is a ride, and an exhilarating one. This is not a one-man show, massive kudos being due to writer-director McQuarrie, editor Eddie Hamilton and indeed Lalo Schifrin, whose famous theme (from the 60s TV show) gave me goosebumps not once but twice. The end credits especially, coming after a final scene of delicious low-key camaraderie, left me shaking with delight for minutes after. This, I’m told, is how comic-book fans feel at the end of Avengers movies.

The delight is earned – because those credits also come after a half-hour climax that’s a triumph of gasp-inducing stunts, expert cross-cutting and sheer vertiginous craziness. We’ve become accustomed (speaking of Avengers movies) to action climaxes being nothing but spectacle, piled on haphazardly till the viewer’s eyes glaze over – but this is something else, a lucid mini-thriller with its own escalating sense of drama. It’s breathtaking.

Is that all? No, because we still haven’t mentioned the incredible parachute jump, the even more incredible fight scene (perhaps the most visceral since The Bourne Ultimatum), and the even more incredible bit where Ethan leaps across rooftops – and misses! – as viewed (or experienced) through a POV camera strapped to his chest, nor have we mentioned some funny line readings by the likes of Simon Pegg and Alec Baldwin. Cruise himself isn’t very funny, but that’s fine, he doesn’t have to be – and he may indeed have engineered the last-ever Mission: Impossible, not just because he’s getting older but also because it’s hard to see him (or anyone) topping Fallout, especially in today’s movie landscape. “The world needs the IMF. We need people like you,” Ethan is told. It’s true. We do.

Pressure mounts on May as critics tear into her Brexit plan

Latin Jazz and Afro Funk at The Yurts

Britney Spears wants out – what happens next in her conservatorship?