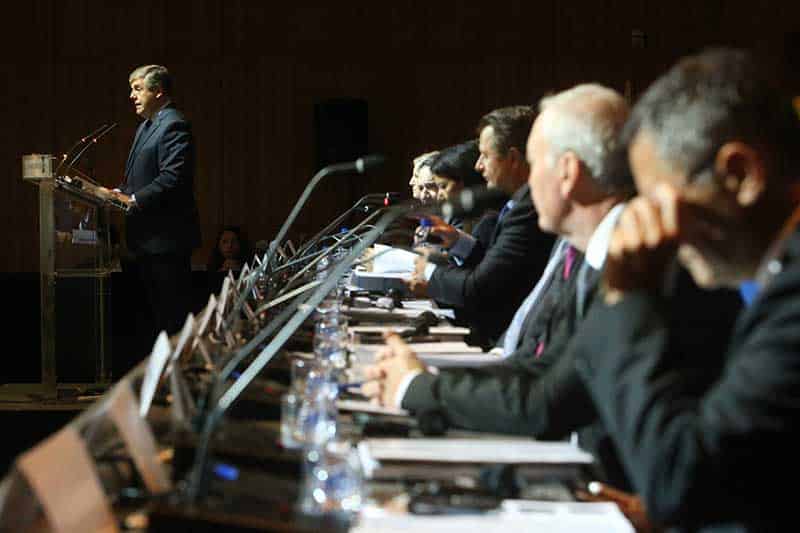 The results being announced last week

Bank of Cyprus announced on August 28 it had agreed to sell a portfolio of loans with a gross book value of €2.8 billion to Apollo Global Management LLC, a global alternative investment manager.

The loans are predominantly NPEs in the bank’s corporate and small and midsize enterprise portfolio totalling €2.7 billion and are secured with real estate collateral. According to Moody’s, the sale, for a consideration of €1.4 billion, will significantly reduce the bank’s nonperforming exposures and increase its capital buffers upon completion, a credit positive.

It also pointed out that this is Bank of Cyprus’ first sale of NPEs as part of its effort to accelerate the de-risking of its balance sheet and the largest sale of NPEs in Cyprus, whose banks are saddled with significant volumes of problem loans.

Moody’s also said that after the completion of the NPEs sale, Bank of Cyprus’ NPE/gross loan ratio will improve to 38%. The sale to Apollo is equivalent to six quarters of organic NPE reduction, with the bank reporting an additional €435 million of NPE reduction during second-quarter 2018. The sale accelerates the bank’s balance sheet de-risking and reduces net NPEs to €2.7 billion, a 7 2% decline since peak NPEs of €9.9 billion in December 2014.

The €1.4 billion consideration, Moody’s added which is equivalent to 48% of the portfolio’s gross balance sheet value, and the associated transaction costs resulted in a €135 million loss in first-half 2018 results, with Bank of Cyprus reporting a net loss of €54 million. The €135 million loss’ immediate effect on capital is negative, reducing the bank’s Common Equity Tier 1 (CET1) ratio by 80 basis points. Net of this effect, the bank reported a CET1 ratio of 11.9% as of June 2018. However, completion of the transaction will add 140 basis points because risk-weighted assets will decline, leading to a 60-basis-point net positive effect.

The rating agency also pointed out that following completion of the NPE sale and the disposal of the UK subsidiary, the bank’s pro forma CET1 ratio will increase to 14%.

As fighter jets streak overhead, McCain is buried in Annapolis