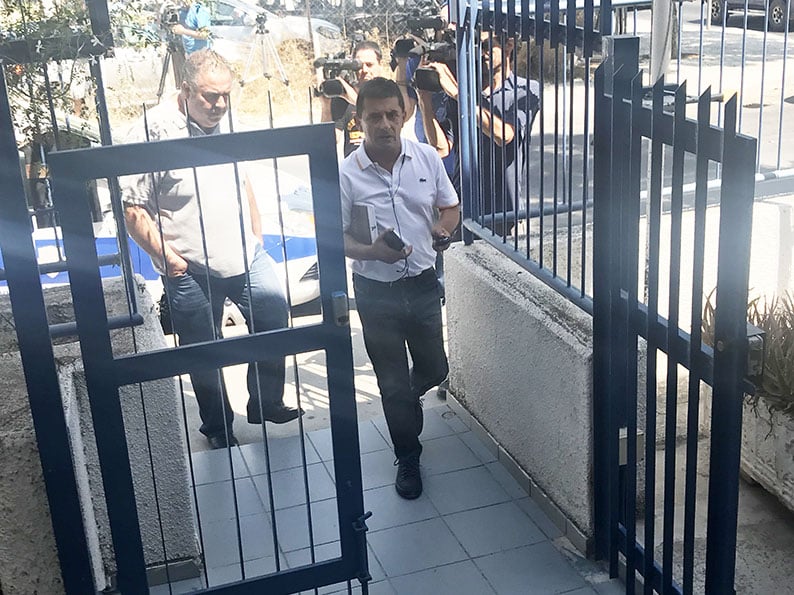 Teachers returned to their classrooms on Monday on a work-to-rule basis, and so determined to win their summer-long battle with the government that union reps filed abuse-of-power complaints against the education minister at local police stations after the end of the school day.

Teaching unions say the action was the first step in taking the government to the European courts over the cabinet’s decisions on July 4 to streamline education which triggered the ongoing education crisis.

One of the points of conflict concerned the appointment of 159 teachers for the 2018-19 school year who also began work on Monday. The unions claimed back in July that 393, not 159, new teachers were needed.

The cabinet had decided instead to cover gaps in teaching periods by reducing the number of exemptions teachers used to get. For instance, form teachers had their ‘free’ periods cut to one from two, and there was also a reduction in teaching periods dropped according to years of service.

They also provided that union officials would be obliged to teach and conduct union work outside school hours.

“The decisions taken by the council of ministers on July 4 included the appointment of an additional 159 teachers, which when added to the 685 teachers that were employed last year, teachers will this year total 844,” education ministry spokeswoman Ioanna Pastella told the Cyprus Mail on Monday.

“All reported to work this morning, as was decided,” Pastella added.

Back in July, the unions said that the government decisions would lead to the laying off of a large number of teachers. The education ministry had responded on August 7, claiming that all involved were aware since 2015, when the new education appointment system passed as law, that some teachers who had been previously appointed would not be appointed in this school year as positions would also be given to candidates awaiting appointment.

While the government has not gone back on its decisions, unions seem to be equally resolute.

On Monday, representatives of teachers’ union Poed reported the education minister Costas Hambiaouris at local police stations after the end of their first school day for abuse of power, arguing that the cabinet decision abolishes trade union time, a breach of local and international legislation, as well as UN conventions.

Unions aim to take the case beyond Cyprus courts and to the European Court, while more complaints are expected to follow, including regarding “the unilateral taking of decisions without dialogue”, Charis Charalambous, general secretary of the primary school teachers’ union, Poed, said on Monday.

The teachers returned to the classrooms to prepare for the start of the new school year, which begins on Friday for secondary schools and next Monday for primary schools.

Though they reported to work, they have vouched to perform the bare minimum of their duties as part of their work to rule action. This means that they will not carry out any task other than teaching, including no extra-curricular tasks or even sorting and handing out school textbooks, among other tasks.

In a circular issued by Poed on Monday, in addition to the work-to-rule measure, the union listed further actions, which will be enforced until September 7, after which new measures will be announced if so decided.

“We emphatically note that our primary goal is to ensure that the children are to the greatest extent unaffected by the decided and the to-be-decided measures,” the union said in the circular.

Other measures include the establishment of ‘struggle committees’ in each school, which will be coordinated by local Poed officers, while another measure dictates that messages from the education minister will not be read out in classrooms.

As part of a steady escalation of measures, unions will meet on Wednesday in order to decide on further measures, including whether to strike.

“These measures are mostly symbolic. We wanted to give the message to the government and the education minister that in light of their decisions, schools cannot function this year as they have done in the past…More effective measures will be announced after Wednesday’s general meeting,” Charis Charalambous said.

On Sunday, Poed head Filos Fylaktou called the first day of the school year a “dark day” expressing the readiness of the unions for a “long-term struggle”.

A summer’s dream in song