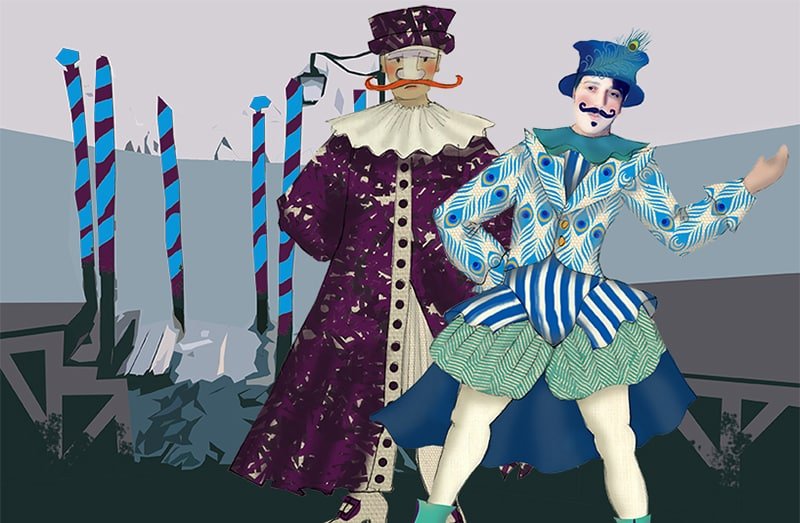 You don’t have to look very far to find a local festival to go to. It wasn’t always like that. Twenty-five years ago, the cultural scene looked very different, and not only did we lack an array of festivals to choose from, we also had a lack of important cultural events in general. Then the Kypria International Festival came along.

Over the festival’s 25-year history, it has given audiences the chance to view performances by local and international artists from various fields of the performing arts. This year, as always, the standards are high, the talent is great and the variety ensures that there is something for everyone.
The festival kicked off yesterday with a performance by the Royal Conertgebouw Orchestra in Limassol, but if you missed it, not to worry as there is much more in store. The next event is the play Clever Little Lies (in Greek) at the Strovolos Municipal Theatre on Wednesday and Thursday, and on Friday and Saturday at the Pattihio Theatre in Limassol.

The comedy, by Joe DiPietro, tells the story of a mother and father who try to help their son out, after he confesses to them that he is in love with his personal trainer. Where is the problem? He is a newly wed and has just become a father. The mother invites the couple over for dinner and the night brings with it a close look at human relationships, while making us wonder if clever little lies do, in fact, bring about happiness.

Then it will be back to music with three performances (September 9-11) by Martino Tirimo and Atsuko Kawakami on their pianos. Under the name The Dance In The Music, the duo will perform pieces by Brahms, Guastavino, Ravel and Tchaikovsky in memory of Cypriot pianist and composer Nicholas Economou.
Not giving much time to rest, the festival will continue on September 12 at the Rialto theatre in Limassol where the Martha Graham Dance Company will perform. The dance company has been a leader in contemporary dance since 1926. The company’s programme showcases masterpieces by Graham alongside newly commissioned works by contemporary artists.

Jazz lovers will be thrilled with the next performance: the Ioannou/ Vafeas Quartet will take to the Rialto stage in Limassol on September 14 and the Pallas stage in Nicosia on September 15, together with Canadian saxophonist Grant Stewart. This is a real treat for any music enthusiast as the performance will not only give them a chance to listen to some of the best people in the business, but also take in some of the most beautiful melodies of American jazz history.

Next it is the turn of the kids. We all know the story of Hansel and Gretel but probably haven’t seen it performed before in all its singing and dancing glory. The fairytale (in Greek) will come to life in an adaptation by director Carmen Rouggeri at the Pattihio Theatre in Limassol on September 21 and at the Strovolos Municipal Theatre in Nicosia on September 22.

The second event aimed at entertaining children is the play Tin City. The performances (in Greek) concern a city made of cans and its residents, who are also cans.

October will bring with it the remaining three acts on the programme. The month will begin with the theatrical performance The Servant of Two Masters by Carlo Osvaldo Goldoni. The comedy (in Greek) will bring audiences face to face with issues like moral values, intolerance and the abuse of power, all while laughing about it.

The final performances of the festival are reserved for music. On October 5 and 7 at the National Forest Park in Nicosia music will tell the story of Echo. Echo, who has lost her voice, wanders in the forest and finds a child playing alone. She decides to take him, and the audience, on a fascinating adventure.

The Acordes Guitar Ensemble will show how important music is to the cinema with a performance at the Molos Amphitheatre in Limassol on October 5.

For full information about the event, go to kypria.org.cy/en/home/

Real estate transactions up 14 per cent in August