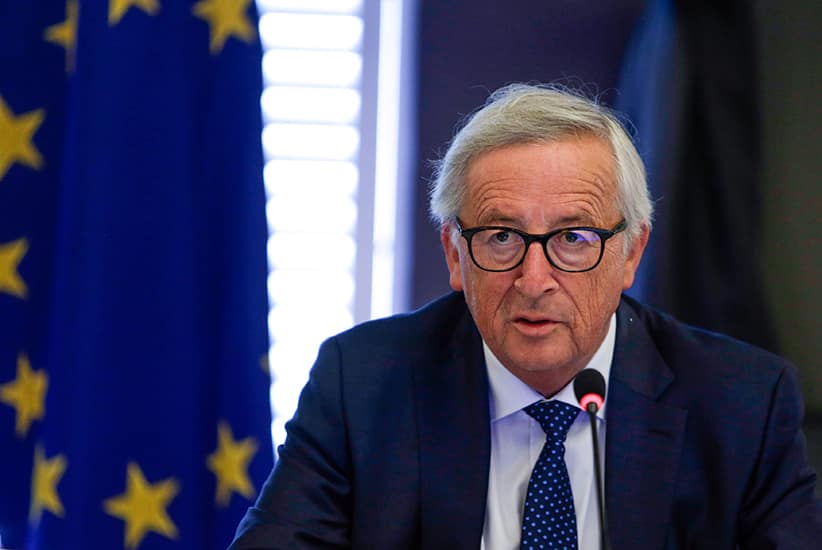 The EU executive under President Jean-Claude Juncker risked undermining public trust by failing to follow procedures when it appointed his chief aide to run the EU civil service, The European Ombudsman said on Tuesday.

The executive had also been overly secretive and was sometimes hostile to media questions about the appointment of Martin Selmayr as secretary-general of the European Commission in February, Ombudsman Emily O’Reilly said.

The finding did not overrule the appointment of Selmayr, whose combative style has won the German both admirers and enemies in Brussels.

But the commission needed to review its procedures for filling the senior post, said O’Reilly, in a rebuke that piled pressure on the executive as eurosceptics are gearing up to fight elections to the EU legislature after Britain quits next year.

Critics named the affair “Selmayrgate” and the European Parliament savaged Juncker in March, saying the appointment smacked of cronyism.

O’Reilly said on Tuesday she had found four instances of maladministration resulting from not following rules correctly, “either in letter or in sprit”.

At issue were secrecy around the impending retirement of the outgoing secretary-general and an “artificial urgency” to fill the post that went unchallenged by Juncker’s 27 fellow commissioners, she said in a statement.

The Ombudsman criticised the Commission for “defensive, evasive and at times combative” responses to media questions on the arcane manoeuvres around the publication of vacancies and selection of candidates which preceded an appointment that Juncker and his fellow commissioners were always free to make.

“All of this risked jeopardising the hard won record of high EU administrative standards and consequently, the public trust,” the ombudsman said in a statement.

A spokesman for the EU commission reiterated at a news conference on Tuesday that the EU executive saw no conflict of interest in the appointment of Selmayr.

“While we do not share all aspects of the underlying report, we welcome that the Ombudsman neither contests the legality of the appointment procedure of the Secretary-General, nor the choice of the candidate”, the commissioner responsible for human resources, Guenther Oettinger, said in a note.

Juncker, a former premier of Luxembourg, will retire late next year and government leaders and Parliament will oversee the appointment of a new Commission for the next five-year mandate.

As a civil servant, Selmayr would be expected to retain his role running the 30,000-strong administration in Brussels during a transition but could be replaced under Juncker’s successor.