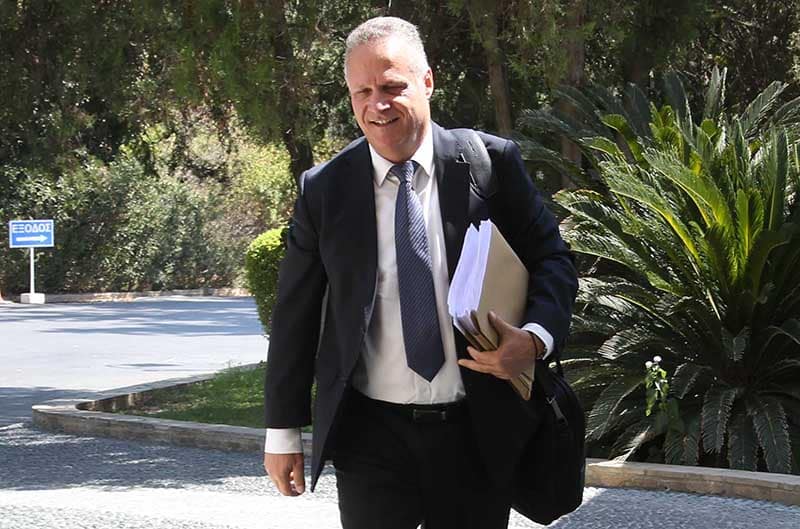 With just days left to the start of the new school year, the government on Tuesday recoiled from a confrontation with state teachers, conceding a number of their demands relating to mandatory teaching hours.

At the same time, teachers were vowing to fight on for their labour rights, which they say are under assault by the ministry of education.

Following an extraordinary meeting of the cabinet, chaired by president Nicos Anastasiades, government spokesman Prodromos Prodromou said it was decided to amend the July 4 decision which had sparked the standoff to begin with.

“The government is determined to press ahead for a comprehensive dialogue with all stakeholders with the objective of modernising and upgrading public education. We hope that the teachers’ trade unions will see it in the same light.” The government said that the dialogue cannot go on beyond Decemeber.

The measures decided by the cabinet are designed as an interim deal, in force until the end of the year, by which time it is hoped that an ongoing dialogue with teachers unions will have crystallised into a final agreement. They are a compromise, intended to allow schools to reopen normally next week.

The Council of Ministers also appointed two three-member ministerial committees. The first, made up of the ministers of education, labour and finance, will discuss labour issues connected to the ongoing spat.

The second, consisting of the ministers of labour, education and agriculture, will discuss the reduction in hours and other exemptions from teaching.

Although form teachers will still see their ‘free’ periods, according to years of service, cut from two to one, as announced back in July, the government now promises to subsequently compensate this loss via a ‘credit system’ or through other incentives or benefits granted over the long term.

Further, the proposed reduction in free periods will apply solely to existing teachers; people hired in the future are to be exempted and so will be entitled to all free periods.

Moreover, the government commits to consider the demand for establishing a dedicated provident fund for new hires.

And any savings generated from reductions in staff are to be diverted to improving school infrastructure as well as funding ongoing training for teachers.

The government also promised that, upon the implementation of an early retirement scheme, vacancies will be filled with people on the waiting lists.

The decision, to be published in the government gazette, further authorises the finance ministry – provided the teachers accept the interim proposal as a whole – to prepare a scheme for a one-off retirement bonus, as well as implementing an early retirement scheme.

The early retirement scheme will apply once teachers reach the age of 60 for secondary schools and 58 for primary schools.

Union reps from each trade union will be allowed time to engage in union-related work inside working hours, but this will be regulated.

Earlier in the day, and prior to the government unveiling its new proposal, the unions were in full battle mode.

They had already decided that on Wednesday, primary and secondary teachers across the country would hold a ballot to decide a single question: whether to authorise their unions to take strike action at their discretion.

Yiannos Socratous, head of the secondary education teachers union Oelmek, said all logistics were in place to hold the ballot.

Following the count, and depending on the outcome, on Thursday a supreme committee would take the decision.

High school teachers union Oelmek will meet on Wednesday to discuss the latest proposals and primary school union Poed will meet on Thursday. Its head Filios Fylaktou said they are waiting for an official version of the proposal.

Since Monday, when teachers reported to work in preparation for the new school year, they have enforced work-to-rule, carrying out the bare minimum of duties required under their contract.

Socratous confirmed that, as part of this industrial action, teachers would not for example sort or hand out textbooks, leaving pupils’ parents to do the job.

However, teachers would monitor the distribution of textbooks and advise parents which books to deliver to which pupils.

“We shall help out in the process. Since they want us back at our desks, we shall return but we shall be performing our teaching duties only.

“We shall no longer be doing what we used to do on a voluntary basis, because it is evident that the government does not appreciate all the voluntary work we used to put in,” he added.

Socratous demurred when asked whether union reps would be attending a parliamentary discussion on the education crisis scheduled for Wednesday.

The controversy was triggered by a July 4 decision of the cabinet for streamlining the operation of public schools.

A major point of contention concerned the appointment of 159 teachers for the 2018-19 school year. The unions claimed back in July that 393, not 159, new teachers were needed.

Moreover, the July 4 decision provided that union officials would be obliged to teach and conduct union work outside school hours.

Spain confirms it has halted sale of bombs to Saudi Arabia