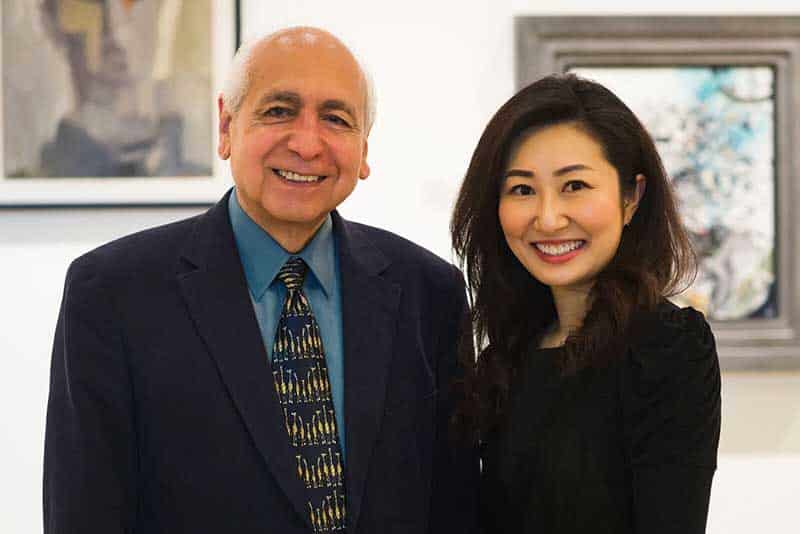 Two pianists, Martino Tirimo and Atsuko Kawakami, will join their talents and pianos for three performances as part of the Kypria International Festival 2018.

The performances, under the name The Dance In The Music, are being held in memory of pianist Nicholas Economou, on the occasion of 25 years since his death.

The pianists will perform works by Brahms, Guastavrino, Ravel and Tchaikovsky on Sunday in Nicosia, on Monday in Limassol and in Paphos on Tuesday.

Tirimo and Kawakami will come together to celebrate the life and works of Economou. The Cypriot pianist and composer managed to achieve international recognition during his 40-year lifespan. His true motivating force which ensured this recognition was his love of the arts. As with most loves, Economou’s love of the arts created a need for sacrifice, which came in the form of his removal from his family at the age of eleven so he could go abroad and study. He received a special scholarship for children at the Moscow Tchaikovsky Conservatory and in 1972 he moved to Munich where he permanently settled down. There, he was honoured by The Municipality of Munich and received wide recognition in the rest of Europe.

One of Economou’s main goals as an artist was to become a recording artist with Deutsche Grammophone. This goal was achieved when he was 30 and he recorded his transcription of the Nutcracker-Suite for two pianos which was dedicated to his daughters.

Tirimo, who was born in Larnaca into a musical family, is thought to be the island’s finest international musician. His playing is often compared to that of Schnabel, Arrau and Rubinstein, and for these concerts he will perform a selection of much-loved classical songs. He started piano and violin lessons with his father, a distinguished conductor and violinist. He gave his first concert at the age of six, performed Hayden’s Concerto D at eight-years-old, and at the age of 12 conducted seven complete performances of Verdi’s La Traviata. At the age of 13 his family moved to London and he continued his education at Bedales School.

At 16 he won the Liszt Scholarship to the Royal Academy and went on to graduate with the highest honours and in 1971 and 1972 he won International Piano Competitions in Munich and Geneva, which launched his international career.

His enormous repertoire embraces 80 Concertos and nearly the entire solo works of the great composers. Apart from major tours, most recently in China and Japan, he has given numerous series of Beethoven’s 32 Sonatas, Schubert’s 21 Sonatas, Robert and Clara Schumann’s major works and Debussy’s complete works. The Daily Telegraph has described him as ‘a pianist of vision’ and ‘an inspiring poet of the piano’, while Classical Source wrote that ‘Tirimo has the uncanny ability to make the audience feel it is in the very presence of the composer’.

Kawakami, from Japan, started learning the piano at the age of three when she entered the Yamaha Music School and in her younger years won many prizes. She studied at the Tokyo College of Music and later graduated with honours from the Royal Academy of Music in London, and completed her studies with Martino Tirimo at Trinity Laban Conservatoire of Music and Dance.

In chamber music she has performed with a number of well-known violists, cellists, flutists, clarinettists and singers, giving numerous concerts. She has also performed extensively as a solo pianist in her native country Japan, as well as in England, Greece and Germany in a wide variety of repertoire from Scarlatti to Takemitsu. Since 2016, she has given a number of concerts with Martino Tirimo, including the Aegean Arts International Festival, the Larnaca Festival, the Reform Club of London, Open University and London School of Economics.