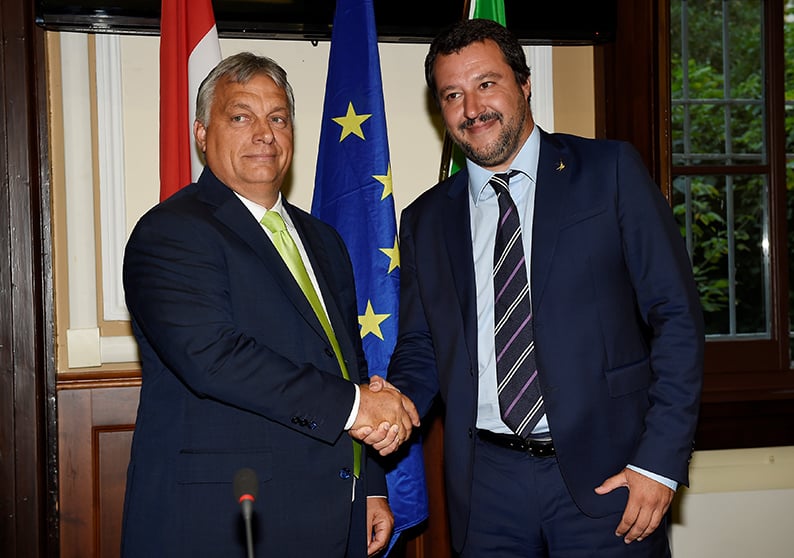 Hungary’s ruling Fidesz party is strongly committed to the mainstream conservative group in the European Parliament for elections next year, a top official said, but will still pursue common causes with the likes of Italy’s far-right League.

The two called French President Emmanuel Macron – who has said the election will be an open battle between anti-immigrant nationalists and pro-EU ‘progressives’ – their number one enemy.

“We are a very strong and committed member of the EPP,” he said in an interview. “So we have no intentions whatsoever to distance ourselves from the traditional values of the EPP.”

Orban, who has crossed swords with the European Union in a series of disputes ranging from migration to the rule of law, also met U.S. President Donald Trump’s former strategist Steve Bannon earlier this year.

“Why should we not talk to people who have similar ideas, approaches on certain issues? Just because we belong to one political family it does not mean that we cannot talk to other politicians,” said Takacs. “It does not automatically result in a new alliance.”

Europe has seen a surge in support for far-right, anti-immigrant parties in recent national and regional elections, following a crisis that saw millions of people fleeing war and poverty in the Middle East and Africa end up in Europe.

Apart from Fidesz, EPP member parties include the German Christian Democrats of Chancellor Angela Merkel, who declared an open door policy that allowed one million migrants into the country in 2015. By contrast, the League is allied to France’s far-right National Front in The Nations and Freedom group.

Bannon has founded an anti-EU group to help nationalist, anti-immigration groups. Orban has said Bannon realised that there was room to spread conservative values in Europe.

Orban has rejected accepting any migrants under a quota system proposed by Brussels and was re-elected by a landslide in April after he built a fence in 2015 and kept out migrants.

His government passed a series of laws clamping down on non-governmental organisations that it sees as supporting migration with the help of Hungarian-born U.S. financier George Soros.

Takacs said Hungary has been under attack for its firm stance on migration and an upcoming debate in the European Parliament about a report accusing Budapest of breaching EU law would be the next battle.

Next Wednesday, European lawmakers will vote on the report which says Hungary’s curbs on the freedom of expression, its erosion of the independence of judiciary and treatment of asylum seekers among other policies represent “a systemic threat to democracy, the rule of law and fundamental rights”.

“The whole report is a political tool, in a political campaign,” Takacs said. “The European institutions are trying to act as political activists … We are calm because we know that in many issues we are right, and these accusations are just blatant lies in some respect.”

New measures to deal with spike in migrant arrivals (Updated)