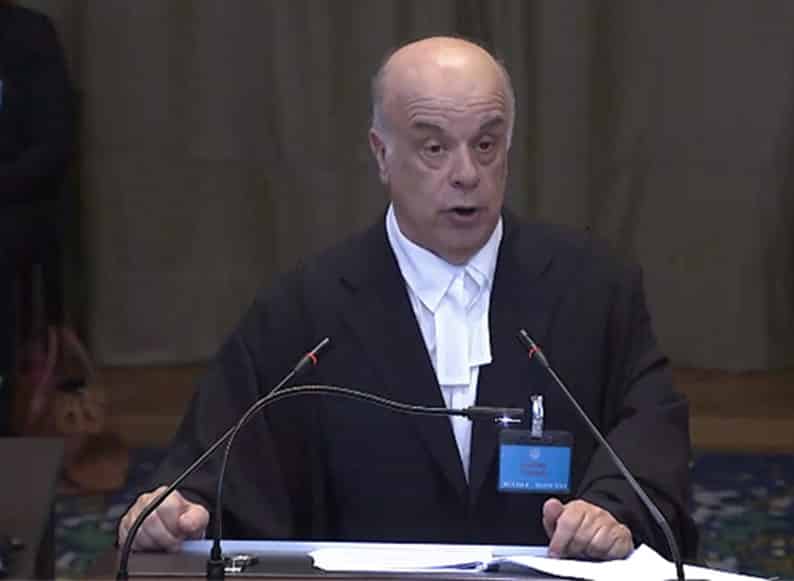 If a legal case involving Mauritius and Britain is successful before the International Court of Justice (ICJ) in The Hague, Cyprus and other former colonies will have a very significant legal weapon in their hands, the attorney-general, Costas Clerides, told the Cyprus New Agency on Wednesday.

The dispute between the Britain and Mauritius concerns what the latter views as the illegal detachment of the Chagos archipelago from the rest of the British colony of Mauritius in 1965, three years before independence, and retaining control of the archipelago until today.

The case at the ICJ is a test of whether colonial-era deals struck by great powers and small states that later gained independence are legitimate, given the power imbalance.

In terms of Mauritius, the crucial question for the court was whether that separation was lawful under customary international law as it stood in 1965.

“A successful outcome of this case in favour of Mauritius, in the sense that a Court opinion is considered favourable, would be a very important legal tool, which can be used by Mauritius itself as well as by other states facing similar issues,” Clerides told CNA.

Clerides, who represented Cyprus in the ICJ court hearings on Tuesday, called colonialism “a violation of international law in general, and of the United Nations Charter in particular”, pointing out that “the right to self-determination is as inalienable as is the sovereignty of a State.”

Cyprus is among the 22 countries that are presenting their case in the court hearings that began on Monday in the Hague.

As a former British colony which was granted independence in 1960, Clerides told the court that Cyprus took part in the case for two reasons: first, as a former colony, it stands alongside peoples who are still seeking the full implementation of their right to self-determination and to control of their territory and natural resources.

Second, he pointed out, “Cyprus speaks from its own experience, calling attention to the fact that the enduring bonds of colonialism take many forms.

“While the precise manner in which the legal principles of decolonisation are implemented in each situation may differ,” Clerides continued, “the application of those principles cannot be avoided by attaching a different label, for example, by calling a given area a ‘military base’ as opposed to a ‘colony’.”

Clerides said that as recently July 30 the United Kingdom supreme court decided that the three per cent of Cyprus which constitutes the British military base areas, remains a British colony. “Therefore, even in the eyes of the United Kingdom itself, colonialism seems to be alive and well today, albeit under different names.”

As a result of Britain’s decision in 1965, the Chagos Archipelago was stripped of its population and has since remained under British control, while the Chagos Islands’ biggest island, Diego Garcia, was leased in 1966 to the United States which built an air base on the island after forcing a population of around 1,500 people to leave.

Despite opposition from Britain and the United States, which views the Diego Garcia base as a vital military asset, the UN General Assembly referred the matter to the ICJ, commonly known as the World Court, in 2017 for an advisory opinion.

.Although ICJ opinions are not binding, they carry weight under international law.

Clerides argued that the “colonial state cannot escape its legal obligations by forcing or encouraging the local population of part of a colony’s territory to abandon it, and then claiming some years later that there are no people there by whom, or on whose behalf, self-determination and self-government can be exercised.”

He went on to say that “for as long as there are parts of excised territory of a country that have been retained by the former colonial power, the latter is under a continuing obligation to give full effect to the principle of self-determination.”

Lawyer Polyvios Polyviou also spoke before the court, addressing the components of the right to self-determination.

“The matter is clear: colonialism is a remnant of the past. Let us not preserve it. Let us bring it to a speedy end,” he said.

New measures to deal with spike in migrant arrivals (Updated)