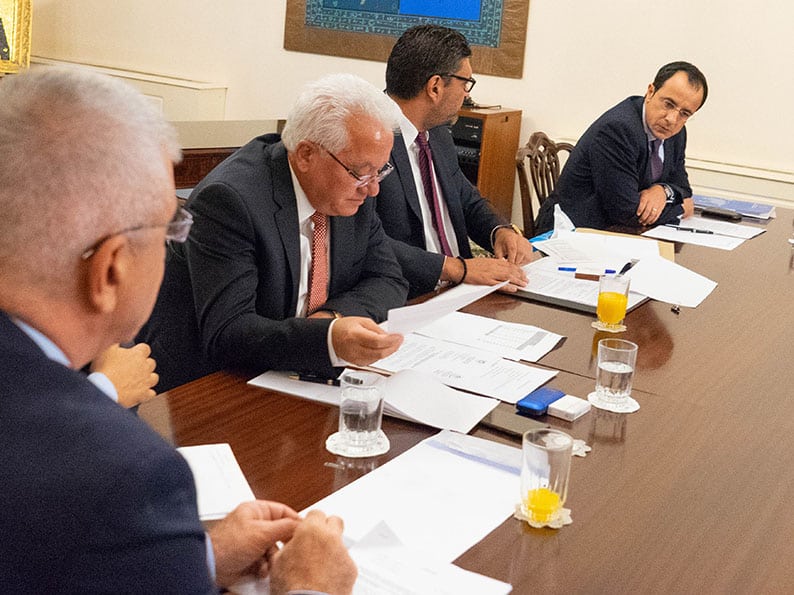 The government decided on Wednesday to step up measures in a bid to tackle the increased inflow of migrants and refugees, mostly from war-torn Syria, including readmission agreements with neighbouring countries and increased surveillance of the buffer zone.

The matter was discussed during a meeting between the ministers of interior, justice, foreign affairs and labour.

The frequency of irregular migrant arrivals from Syria has seen a significant spike in recent days with over 100 people coming to the Republic either by boat or through the buffer zone from northern Cyprus. Cyprus is already dealing with around 15,000 who have either been given asylum or have applied for it, mostly from Syria.

“There will be a round of meetings with our European counterparts, especially from Mediterranean countries, which face the same problem, so as to better coordinate actions at a European level,” the minister said.

Petrides said Cyprus will seek to forge a readmission agreement with neighbouring Lebanon, from where several boats carrying migrants have sailed, but also to prevent further inflows.

Lebanon is receiving assistance from the EU concerning the refugee issue.

The ministers also decided to bolster surveillance of certain “blind spots” along the buffer zone from where migrants cross from the north.

“There will be use of technology, like cameras, but also frequent sea patrols,” the minister said.

Sources told the Cyprus Mail last week however that there was little the authorities could do about arrivals through the buffer zone as anyone who seeks asylum cannot be turned back.

The Zenon crisis centre was tasked to coordinate Cyprus’ response.

The aim, he said, is to examine applications in one month.

“It appears there is abuse from people who enter Cyprus legally, either as workers, students, or otherwise, and with the expiration of their residence permit they become asylum seekers,” he said.

Also, the new year will see the operation of a special court of international protection that will only examine appeals against rejected asylum applications.

Petrides said the government will also cut the time asylum seekers need to wait in order to be able to get a job from six months to one in a bid to reduce undeclared labour and system abuse.

At the same time the sectors in which asylum seekers can be employed will be expanded.

The minister stressed that European solidarity must turn into a clear policy framework that will include an automatic mandatory redistribution mechanism of eligible individuals across the entire EU territory.

He reiterated that Cyprus is faced with one of the most serious problems in the EU as a proportion of its population and if the inflows continued they would no longer be manageable.

According to Eurostat figures, Cyprus tops the list in asylum applications with over 5,000 per million population. It is followed by Greece and Italy.

Most of the asylum seekers are Syrians – 860 so far this year – followed by Indians, Pakistanis, Bangladesh, Egypt, and Iraq.

So far this year, 1,520 entered the Republic through the north, 1,659 arrived through legal points of entry, and 72 came on boats, though the number has risen significantly in recent days.

Mauritius case could have ‘significant impact’ on Cyprus