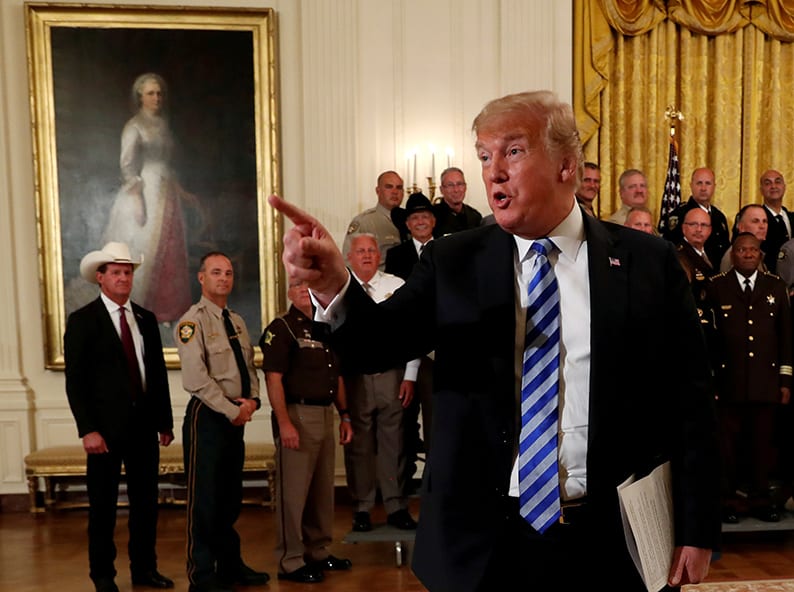 US President Donald Trump’s vice president and secretary of state on Thursday both said they did not write an anonymous column in the New York Times that asserted that many senior officials are part of “a quiet resistance” within the administration.

The opinion column, published on Wednesday, prompted the Republican president to blast the anonymous writer and the news outlet, and further fueled accusations by critics that Trump was unstable and unfit for the presidency.

Many senior officials in the administration have been working from within to frustrate parts of his agenda to protect the country from his worst impulses, the anonymous Trump official wrote.

The Op-Ed sparked a guessing game in Washington about whether the author worked within the White House or a government agency, and raised questions of whether other officials may come forward, step down or be fired.

US Secretary of State Mike Pompeo, who previously served as Trump’s CIA director, said he was not the author and slammed the Times for publishing the piece.

“It’s not mine,” Pompeo told reporters during a trip to New Delhi, India. “If it’s accurate … they should not well have chosen to take a disgruntled, deceptive, bad actor’s word for anything and put it in their newspaper.”

A spokesman for US Vice President Mike Pence’s office also criticised the Times and said Pence does not write anonymous opinion columns.

“The Vice President puts his name on his Op-Eds. The @nytimes should be ashamed and so should the person who wrote the false, illogical, and gutless op-ed. Our office is above such amateur acts,” Pence spokesman Jarrod Agen said on Twitter.

Trump on Wednesday called the anonymous writer “gutless” and raised the spectre of treason, and urged the Times to identify the person to the government for national security purposes.

“The Deep State and the Left, and their vehicle, the Fake News Media, are going Crazy – & they don’t know what to do,” he said in an post on Twitter early Thursday morning.

“I’m draining the Swamp, and the Swamp is trying to fight back. Don’t worry, we will win!” he said earlier on Twitter.

The official wrote: “Given the instability many witnessed, there were early whispers within the Cabinet of invoking the 25th Amendment,” but decided against it to avoid a constitutional crisis.

The comment is likely to resurrect talk among some Democrats about potentially impeaching the president should they take control of the US House of Representatives in November elections.

The Times said it kept the author’s name secret because the official’s job would be jeopardised by its disclosure, calling it a rare step.