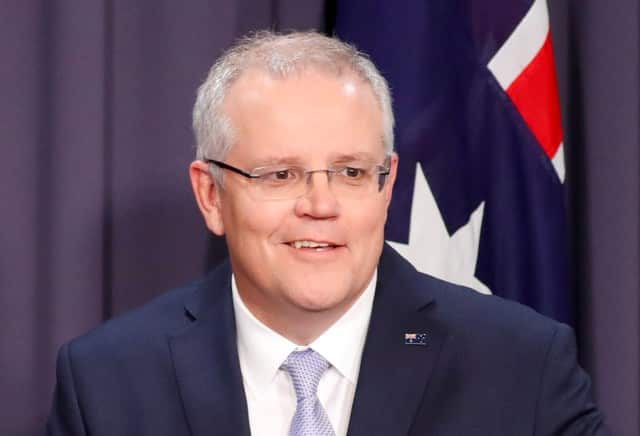 Australia‘s new Prime Minister Scott Morrison, elected to heal his fractured party, faces his biggest test on Monday, in steering the government through a hostile first session of parliament.

“How Morrison performs over the next fortnight will be critical,” John Hewson, former leader of the Liberal Party, told Reuters.

“Bill Shorten, leader of Australia’s Labor Party, will be sitting like a mosquito in a nudist colony, he has so much to bite into,” he added.

“The only trouble he will have is deciding where to begin.”

Labor is the largest opposition party.

But even before Morrison even faces opposition lawmakers as leader for the first time, he will have to contend with Australia‘s most prominent political poll, due to be published late on Sunday.

The influential Newspoll, which has been a key driver in the demise of several leaders, showed support for Morrison’s government at a decade low last month.

Keen to minimise the impact, cabinet ministers said the next Newspoll result would improve quickly. But another poor poll outcome would step up pressure on the government.

Morrison, a former treasurer, has spent his first two weeks as leader trying to heal factional divides and soften his public image, culminating in a call for “Australians to love each other”.

A compromise candidate, he only won after moderates rallied behind him, enabling the defeat of right-wing rival and home affairs minister Peter Dutton.

But Morrison’s slim victory margin of just five votes shows how deep the party divide is.

One of those votes was cast by Turnbull, whose resignation from parliament cost Morrison his parliamentary majority. With 75 elected lawmakers, the government is one shy of an outright majority.

“There are some bruised people in the party,” said Grahame Morris, former chief of staff to ex-prime minister John Howard.

Desperate to heal the rift, Morrison has retained in their cabinet positions nearly all the conservative activists behind Turnbull’s ouster.

Yet Morrison’s soothing effort will be complicated by the task of having to defend Dutton against growing pressure over accusations of improperly handing out immigration visas.

Dutton denies the accusation, although opposition lawmakers had called for Morrison to remove his home affairs minister.

Morrison can ill-afford to lose Dutton, a leading conservative, as he chalks out a route to meeting Paris Accord commitments to cut carbon emissions.

Climate change is domestic political dynamite in Australia, one of the world’s largest exporters of coal.

Political pressure may also come from within Morrison’s own party.

Still reeling from a turbulent leadership battle that roiled financial markets, several backbench lawmakers have accused Dutton’s supporters of unduly pressuring them to back him.

Morrison vowed not to be distracted by the accusations, however.

Rescuers with dogs search for survivors after deadly Japan quake