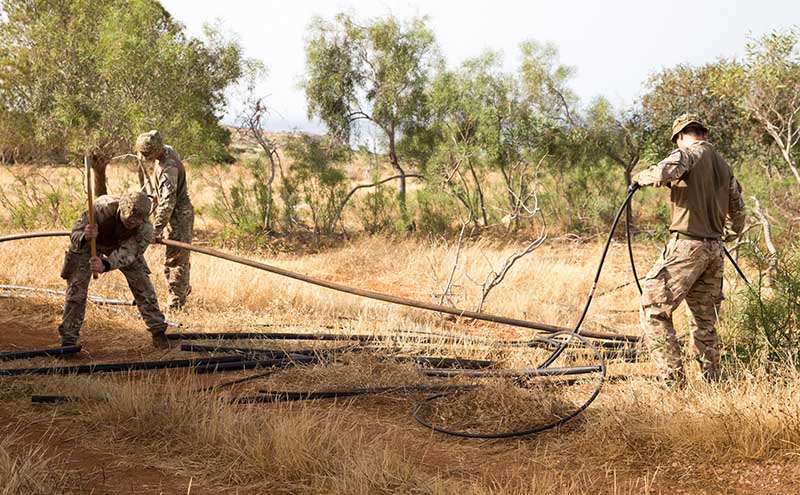 A court case is now pending against a man who was arrested last Saturday for illegal bird trapping in Ormidhia, the British bases announced on Friday.

Officers working alongside members of the Committee Against Bird Slaughter (CABS) discovered the man in possession of two iron poles secured to a mistnet, an MP3 player, loud speaker, a USB stick and one remote receiver, which are all used by trappers to lure migrating Ampelopoulia into the nets.

Shortly after his arrest, the man was interviewed by police and was released on €1,000 cash bail.

In their announcement, the bases called the arrest an “early blow” to illegal bird trapping, sending out a strong warning to would-be trappers as the season for bird trapping is less than two weeks old.

“This was a good arrest for the police force because although the season for illegal trapping only began at the end of August, it shows people that the police are out and about already working alongside our partners in CABS, Bird Life Cyprus and the Game Fund and are waiting to arrest anyone found to be carrying out this illegal activity,” Superintendent Andreas Pitsillides said. 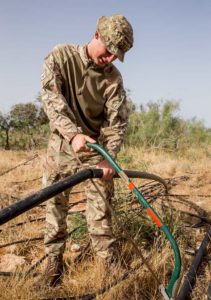 In recent years, the amount of bird trapping within the SBAs has decreased significantly and Dhekelia’s Divisional Commander Chief Superintendent Jon Ward was keen to highlight that there would be no let up from the police this year.

“Put quite simply, bird trapping will absolutely not be tolerated and we fully intend to build on the success of last year and continue to work towards eradicating this crime from within our areas,” he said.

“Like in previous years, we cannot do this alone and we will call again on the local community to work with us to catch and arrest those found to be committing this crime.”

Earlier this year Britain’s Minister for the Armed Forces Mark Lancaster paid tribute to the success of the SBA police and the armed forces in tackling the problem through arrests and the removal of invasive acacia which is used to provide cover for trappers setting up mistnets.

“The work being done by our armed forces and SBA police has made a significant difference to the survival of these magnificent birds in Cyprus and I applaud them for it. We will continue to protect them,” he stressed.

“We will also be drawing on the success of our drones and covert cameras to catch perpetrators in the act and we have also been distributing leaflets to community leaders and those living in the village so we can continue to work together successfully,” Pitsillides added.

“We operate a zero-tolerance policy on bird trapping and when we catch someone in the act, they will be prosecuted to the full extent of the law and hopefully, with even more robust penalties this year.”

Cleaning our world, one beach at a time