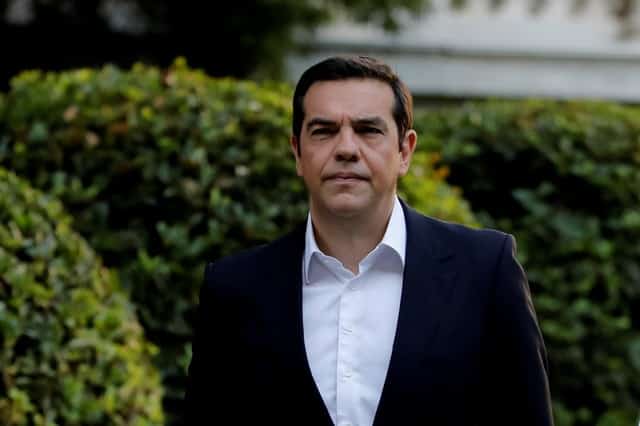 Greek Prime Minister Alexis Tsipras is expected to announce on Saturday some economic relief for Greeks who have swallowed the bitter pill of austerity during years of financial crisis, in a keynote policy speech that may be overshadowed by protests.

The leftist leader must strike the right balance between an angry public that wants to be rewarded for years of sacrifices and markets, easily unnerved by any sign of deviation from the path of fiscal consolidation in the post bailout era.

The country emerged from its third international bailout last month after eight years of strict supervision by its foreign lenders – its euro zone partners and the Washington-based International Monetary Fund.

Tsipras, who was catapulted to power in January 2015 on promises to end austerity but was later forced to sign up to a new bailout, hopes to boost his sagging poll ratings this year before a planned general election in 2019.

At the annual trade fair in the northern city of Thessaloniki, Tsipras will indicate the beneficiaries of this year’s fiscal outperformance, which the government puts at 800 million euros ($931.28 million).

He is also expected to outline his medium-term economic policy, pledging tax cuts and lower social security contributions for some groups, while also promising to continue structural reforms and remain fiscally prudent.

Outside the venue where Tsipras will speak, unions have planned rallies to demand a reversal of bailout reforms, which they say have hurt workers rights and plunged Greeks into poverty.

Government officials told Reuters that while Athens wants to pursue a more growth-friendly strategy, it is determined to meet goals it has agreed with official lenders:

“None of the measures (which will be announced by Tsipras) will jeopardise the 3.5 percent primary surplus target,” one official said.

Greece has agreed to maintain an annual primary budget surplus – which excludes debt servicing costs – of 3.5 percent of gross domestic product up to 2022. So far, it has outperformed on fiscal goals and the economy has returned to growth.

Hinging on its fiscal outperformance, the government hopes to avoid implementing a new round of legislated pension cuts next year. It has called the measure “unnecessary” in a country where pensions have already been slashed 12 times since 2010.

“I can say with certainty that the specific measure is not needed to achieve the 3.5 percent primary surplus target,” government spokesman Dimitris Tzanakopoulos said thia week.

The issue is expected to be discussed with lenders’ representatives, set to arrive in Athens on Sept. 10 for their first post-bailout quarterly assessment.

During his speech, Tsipras is also likely to defend a deal with Skopje to end a decades-old dispute over the ex-Yugoslav Republic’s name, a sensitive issue in northern Greece which has its own region named Macedonia.

A protest rally against the deal is also planned for Saturday evening in Thessaloniki.