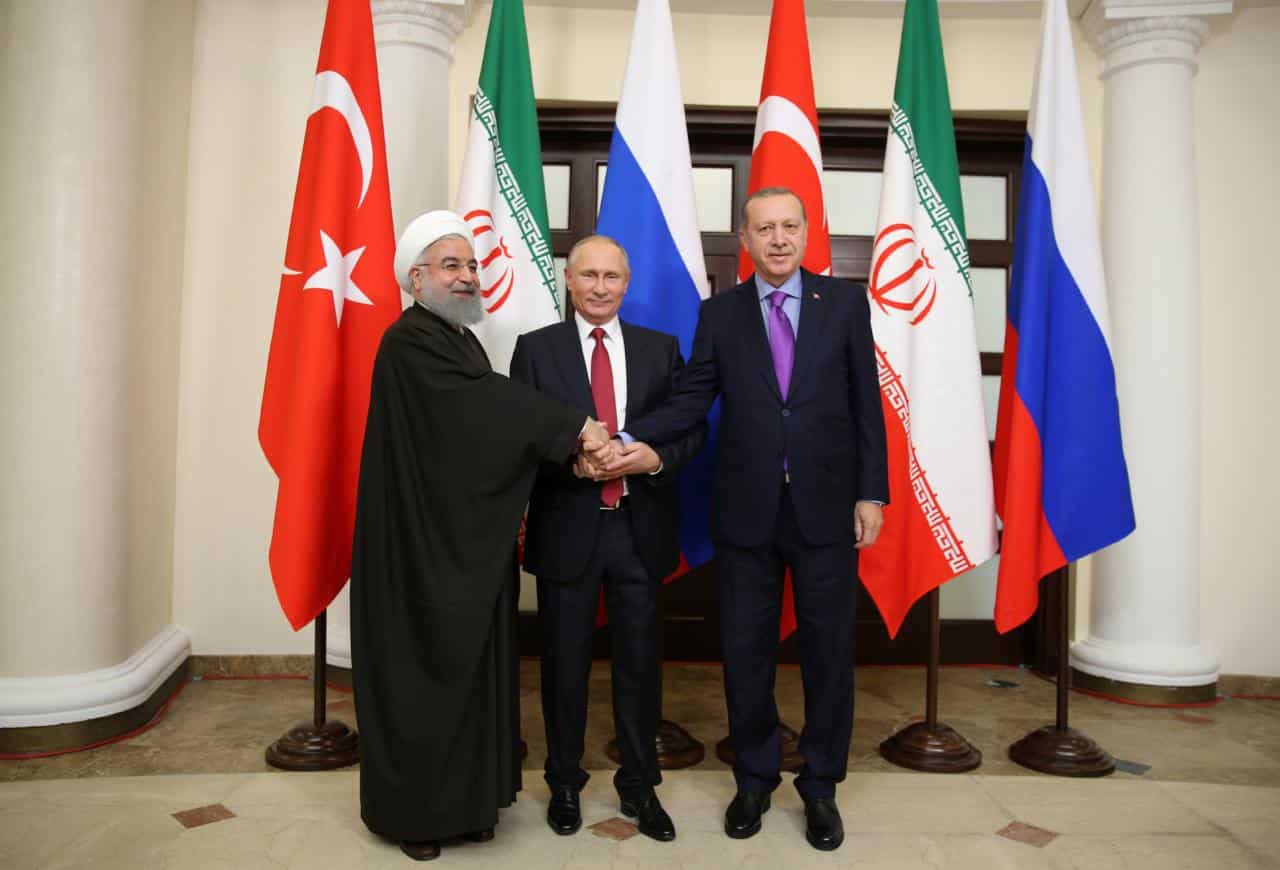 Turkish President Tayyip Erdogan called for a ceasefire in the rebel-held region of Idlib in northwest Syria on Friday and said an anticipated government assault on insurgents there could result in a massacre.

The three presidents, whose countries’ are key foreign players in Syria’s long civil war, were speaking at a summit in Tehran aimed at charting a way to end the conflict.

The situation in Idlib, the insurgent’s only remaining major stronghold, is an immediate issue as President Bashar al-Assad’s forces, backed by Russia and Iran, prepare for what could be the conflict’s last decisive battle.

The United Nations has warned an assault could lead to a humanitarian catastrophe. But as the leaders gathered in Tehran, Russian and government warplanes hit rebel-held parts of Idlib, the Syrian Observatory for Human Rights war monitor said.

Tehran and Moscow have helped Assad turn the course of the war against an array of opponents ranging from Western-backed rebels to Islamist militants, while Turkey is a leading opposition supporter and has troops in the country.

Their discussions in Tehran could mark a turning point in a seven-year-old war which has killed more than half a million people and forced 11 million to flee their homes.

In opening remarks, Erdogan called on Putin and Rouhani to agree to a ceasefire in Idlib, saying such an accord would be a “victory” of their summit.

However, Putin responded that he opposed a ceasefire because Nusra Front and Islamic State militants located there were not part of peace talks. Syria should regain control of all its territory, he said.

“I think in general the Turkish president is right. It would be good. But I can’t speak for them, and even more so can’t talk for terrorists from Jabhat al-Nusra or ISIS that they will stop shooting or stop using drones with bombs.”

Rouhani also said the battle in Syria would continue until militants are pushed out of the whole country, especially in Idlib, but he added that any military operations should avoid harming civilians.

He called on all militants in Syria to disarm and seek a peaceful end to the conflict.

The Assad government was not directly represented at the summit, nor was the United States or other Western powers.

Widely abhorred internationality for the brutal conduct of the war, Assad has largely reclaimed most of Syrian territory though much of it is ravaged.

As the conflict approaches its endgame, Iran, Turkey and Russia are seeking to safeguard their own interests after investing heavily militarily and diplomatically in Syria.

“The battle for Idlib is going to be the final major battle,” said Hilal Khashan, a political science professor at the American University of Beirut.

“It will be waged irrespective of civilian casualties, even though they will make an effort to minimise it.”