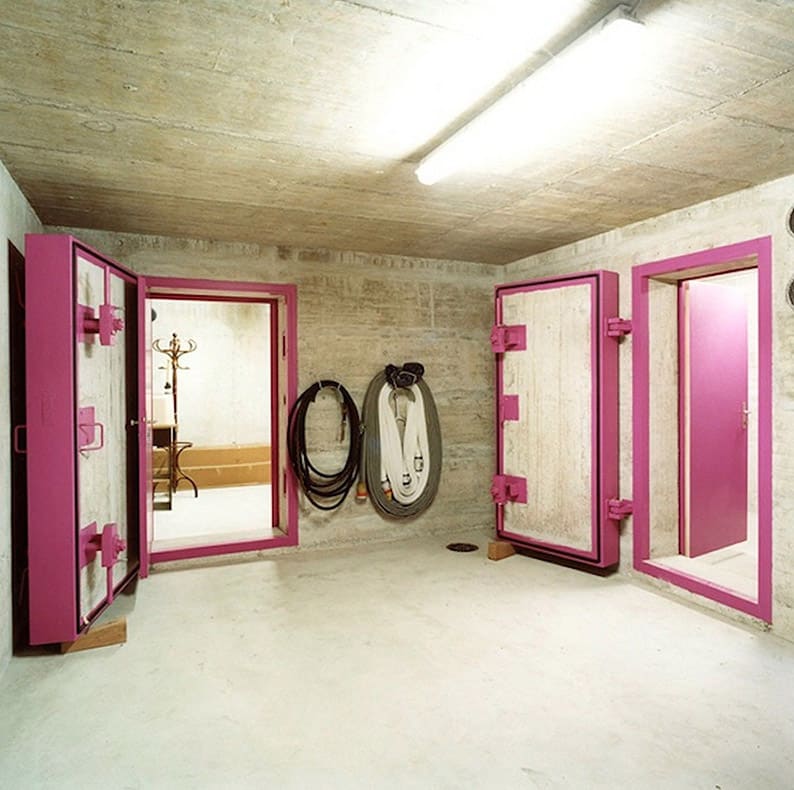 A shelter in Zurich

There are more than 2,000 bomb shelters in Cyprus, but how many people are aware of where they are and whether they are enough for the island’s population?

I’m sure I’m not alone when I say I had never heard of any shelters until I researched this article.

Apparently, we have 2,223 shelters in basements of buildings. Of these 1,641 have been designated for public use. The rest of them are for the exclusive use of their owners.

And, no, there are not nearly enough of them. Existing shelters will cover the needs of just 30 per cent of the population.

“If there is one within 200 metres from your home, it is worth going to,” senior civil protection officer Nicholas Paris told the Sunday Mail. “If not, you should stay at home and follow the instructions of the civil defence.”

Flyers with instructions exist and will be handed out in case of an emergency, he added.

In future there will be an application where you type in your address and which will give you the location of the nearest shelter, but this is not ready yet.

“For now, you have to walk around your neighbourhood and find it,” Paris said.

“Where I live there are only family houses, no apartment blocks or shops,” one said. “I have never seen a building in the area which could be used.”

“There is a supermarket which is marked where I live,” another one commented. “But that is the only place, and I don’t know what would happen if a few thousand people were trying to use it.”

Though the civil defence says the response of the owners who are being asked routinely if they are willing to offer their basements is usually positive, there are some who are not willing to agree, and there is the added problem that owners also have to make sure there is adequate parking for the people living in the building.

This week, the interior ministry, responsible for the civil defence department, responded in a letter to questions by the Green Party which had received complaints about the lack of shelters.

“There are not enough of them,” Alexia Sakkadaki said, speaking for the party. “30 per cent is not enough for an island in a volatile region, we don’t want to scare the population but it is important to be prepared.”

In his letter, the interior minister, Constantinos Petrides, explained that people can change their minds about offering their basement as a shelter, as they own the place, and use the space to build a flat, or as storage or parking. When they do agree that it can be used as a shelter, they have to make sure it is ready to receive people within 24 hours of being notified.

Between 2000 when the programme started and until 2013, the civil defence reinforced the designated shelters with metal structures and doors.

Between July 2013 and December 2014 the programme was suspended due to the economic crisis and restarted in 2015, but without the reinforcement due to a lack of resources. The buildings are now simply marked with a sign.

The one I saw which had been strengthened with a massive metal door, at the basement of a supermarket really looked as if it could withstand a bombardment.

How effective the ones which don’t have specially built doors are is not clear.

All basement shelters have access to water and electricity, and while some have toilets, others have panels ready to accept dry toilets which will only be installed in case the shelters are needed.

The spaces are maintained by civil defence officers but cleaned by the owners.

“Though the civil defence are doing a good job, they are understaffed and we must rethink the situation,” Sakkadaki said.

Other countries, even potentially safe ones, are better prepared, but then there is also more money available. In Switzerland and a few other countries, everybody is legally entitled to access a bomb shelter. A 1978 law stipulates that every new building must have one.

In 2006, there were 300,000 shelters in Swiss dwellings, institutions and hospitals, as well as 5,100 public shelters, providing protection for a total of 8.6 million individuals – a coverage of 114 per cent.

The Swiss are top in Europe when it comes to the construction of shelters.

The closest are Sweden and Finland with 7.2 and 3.4 million protected places respectively, representing approximately 81 per cent and 70 per cent coverage.

These are all purpose-built fallout shelters which can withstand a nuclear attack.

Minister calls for co-operation in back to school message

Teaching unions to continue to fight together